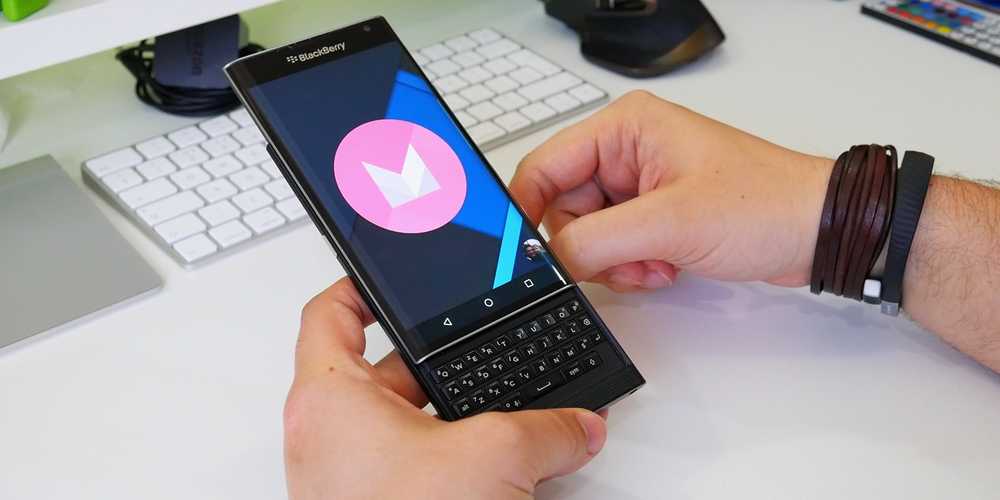 BlackBerry, which shifted away from its own BlackBerry OS in 2013 in favor of Android, reportedly has one last smartphone up its sleeve. Most recently the company introduced its DTEK60 as the latest in its collection of phones, but that phone — disappointing BlackBerry fans everywhere — went without a physical keyboard. Now, the company’s CEO has confirmed that a spiritual successor to the PRIV, with a built-in keyboard, is right around the corner…

“We have one keyboard phone I promised people,” Chen told Bloomberg in an interview today. “It’s coming.”

We don’t know hardly anything about the phone yet, but seeing as BlackBerry officially announced it is quitting the smartphone business just a little over a month ago, it should come soon. That announcement came alongside a net loss of $372 million. Chen claimed, however, that the company’s pivot to selling software is “taking hold” with software revenue doubling year-on-year.

Be sure to check out our review of the BlackBerry PRIV running Android Marshmallow below: