Google just smuggled its search results behind emoji in Twitter 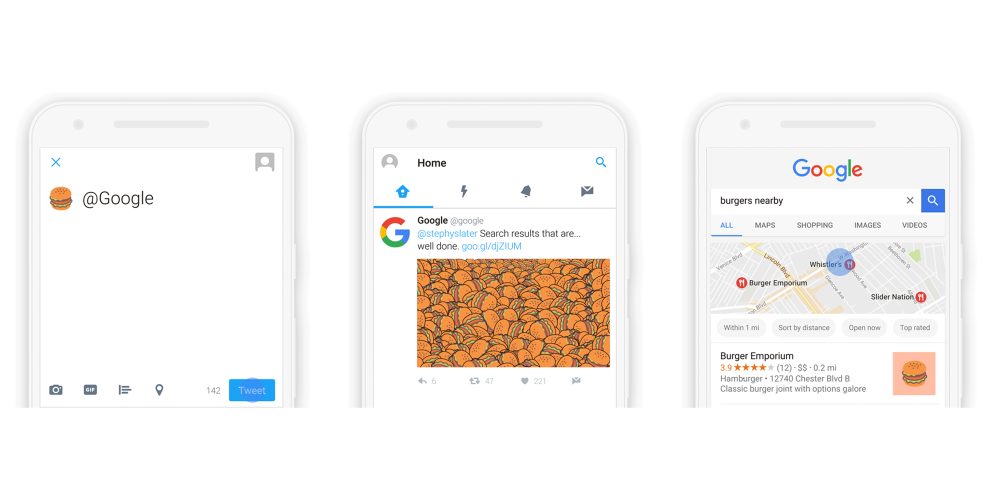 Despite its tentacular nature, which even brought it to build its parent company, Alphabet, Google is still heavily focused on search. That’s its main business, after all, and likely the reason why the company tries to put it everywhere it can. Today, it seems, is the turn of Twitter…

Google Now, which is the firm’s way to put itself at the very heart of your Android homescreen (if you use its launcher or have Nexus and Pixel devices), has just been given the green light for a substantial update, while on the iOS front there’s even the dedicated — and exclusive — Gboard keyboard that is being used as a scapegoat to fight Apple‘s increasing gate-shutting.

However, it seems like Google may have worked out another solution to get search results back to you. By simply tweeting an emoji at their official account, you will receive a relevant reply with a GIF as well as link to a dedicated page. Sending the money emoji, for instance, will trigger Google’s reply with information on the exchange rate, while a burger emoji will return results for “burgers nearby”.

It’s not clear whether the so-called “Know Nearby” feature is just a fun initiative (which happens to also be a tad annoying if your feed is almost incomprehensibly filled with seemingly random emoji) or something that Google wants to be permanent. According to Mashable, “the feature will work with over 200 different emoji for food, sites and activities near you”, and there are also some “promised easter eggs” — so not all emoji will activate it.

Also, bear in mind that to make this work you will need an Android device and the stock Twitter app — I tried to use a third party client and got no response, and twitter.com didn’t return anything either. Oh, and iOS devices seem to be locked out entirely, too. I don’t think this is particularly useful, or a good way to use Twitter, but… it’s still Google we’re talking about, so no surprises there.