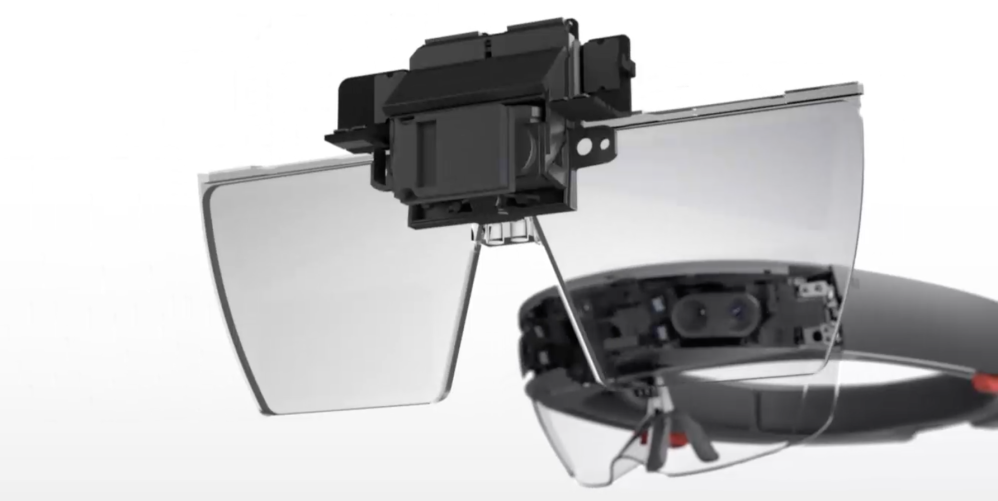 For the past year, Magic Leap has been widely assumed a possible “next big thing” in the tech startup world partly thanks to investments from big players like Google and splashy marketing videos. It now appears that some of those demos were made by a special effects company and that the first consumer product may not be all too different from currently available devices, like Microsoft’s HoloLens.

The Information details all of this and more in a massive new report about the highly-secretive company, and even had a chance to speak to former employees and Magic Leap’s current CEO Rony Abovitz.

Investors were sold on Magic Leap after witnessing a demo on the “Beast,” according to this report. This first prototype was refrigerator-sized and featured a stationary stand that users glanced through. Images were projected onto a transparent, semi-reflective material through motorized lenses that quickly refocus. The end result of this “light field display” were images that appeared to have depth and occupy 3D space.

Various promotional videos appeared to show off the live capabilities of Magic Leap, with one demoing a shooter game. That particular video — which carried a “this is a game we’re playing around the office right now” description — turned out to not even be filmed on real hardware and instead was created entirely by a special effects studio.

The next prototype in late 2014 was slightly more portable as a large helmet attached to a computer. It used the same optics technology as the “Beast,” but Magic Leap had ultimately hoped to use a “fiber scanning display.” This breakthrough would have provided the same impressive graphics in a projector “the size and shape of a piece of spaghetti.” That technology has since been shelved until the future, with Magic Leap using a more conventional approach for its first consumer device: flat, multi-layered lenses.

Featured in the company’s latest prototype, the current technology results in graphics akin to the HoloLens, but more blurry and jittery when used by The Information. This PEQ prototype is slightly slimmer than the Beast, but is still a helmet connected to a PC.

For the consumer product, the technology will be compacted into a spectacle-like device that uses non-moving lenses, much like Microsoft’s competing product. In response to the similarity of the two devices, Magic Leap argues that its device produces more in-depth images, with a noticeable difference when used up close. Additionally, the issues encountered in the latest prototype will reportedly be fixed by then.

Overall, it appears that Magic Leap does have some of the impressive technology that it has been touting for a few years now. However, miniaturizing it into a portable headset is likely still years into the future, with the first product likely being more similar to what’s already available than first assumed. CEO Rony Abovitz even went as far as to compare the differences to Coke and Pepsi.

“If we’re Coke and they’re Pepsi, it’s actually good, because you need people creating a market for soda,” he said.