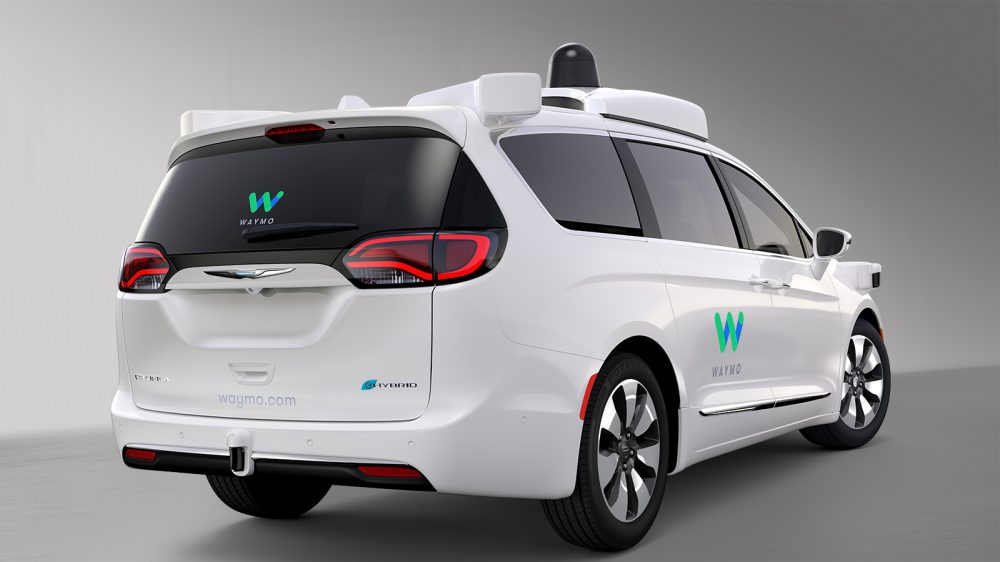 Just last week, Google announced that it was breaking its self-driving car project out into its own company, called Waymo. The news was announced during a small press event, with Waymo being described as a “self-driving tech company with mission to make it safe for people and things to get around.”

Now, Bloomberg notes that Honda is in talk to partner with Waymo for its self-driving technology…

“These discussions are an initial step that will allow Waymo and Honda R&D to further explore the potential of a broad range of automated driving technologies,’’ the automaker said in the statement.

Last week, it was reported that Google was backing off its plans to build its own electric car in favor of partnering with existing auto manufacturers. Waymo’s negotiations with Honda underscore the Alphabet company’s new plan. Google has found that the latter option is far more realistic in the grand scheme of things, according to reports.

In partnering with Waymo, Honda hopes to speed up the development and deployment of its own self-driving vehicles. While Honda currently offers a semi-autonomous self-driving package called Honda Sensing, its eventual hope is for fully-autonomous vehicles.

Waymo itself has not commented on its partnership with Honda, but it shouldn’t come as too much of a surprise. The Alphabet company already has a deal in place with Fiat Chrysler Automobiles NV, for instance. As we move forward, it’s likely that Waymo will continue to partner with more auto manufacturers, but there’s nothing else to announce as of this point.

TOKYO, Dec 22, 2016 – (JCN Newswire) – Honda R&D Co., Ltd., the R&D subsidiary of Honda Motor Co., Ltd., announced today that it is entering into formal discussions with Waymo, an independent company of Alphabet Inc., to integrate its self-driving technology with Honda vehicles. This technical collaboration between Honda researchers and Waymo’s self-driving technology team will allow both companies to learn about the integration of fully self-driving sensors, software and computer into Honda vehicles.

As part of the discussion on technical collaboration, Honda could initially provide Waymo with vehicles modified to accommodate Waymo’s self-driving technology. These vehicles would join Waymo’s fleet, which are currently being tested across four U.S. cities.

Honda previously announced its intention to put production vehicles with automated driving capabilities on highways sometime around 2020 related to its goal of a collision-free society. In addition to these on-going efforts, this technical collaboration with Waymo could allow Honda R&D to explore a different technological approach to bring fully self-driving technology to market. These discussions are an initial step that will allow Waymo and Honda R&D to further explore the potential of a broad range of automated driving technologies.

Honda R&D Co., Ltd. is an independent subsidiary company of Honda Motor Co., Ltd. and serves as Honda’s primary research and development organization for the company’s automobile, motorcycle, power products and aviation products. Based on over half a century of accumulated engineering expertise, Honda R&D seeks to actively lead the way through new technologies and resources to define the future of mobility. Honda R&D is playing a central role in the development of Honda’s automated driving technologies, with responsibility for the entire process from fundamental research to product development. For more information, please visit: http://world.honda.com/RandD/

The Honda Silicon Valley Lab (HSVL) is a division of Honda R&D Americas, Inc., the North American research and development subsidiary of Honda R&D Co., Ltd. HSVL was established in May 2011 in Mountain View, Calif. as an open innovation lab for global Honda, focused on information technology. HSVL interfaces with a broad spectrum of IT innovators, from large, well established companies to small startup firms and individuals. This technical collaboration with Waymo is a part of its role. For more information, please visit: http://www.hondasvl.com

Waymo is a self-driving technology company with a mission to make it safe and easy for people and things to move around. We’re determined to improve transportation for people around the world, building on software and sensor technology developed in Google’s labs since 2009. In October 2015, we achieved the world’s first fully self-driving trip on public roads, in a car without a steering wheel or pedals. We refine Waymo technology through one billion miles of simulation testing each year, and our cars have self-driven over two million miles on public roads across four U.S. cities.

Honda Motor Co., Ltd. (TSE:7267/NYSE:HMC/LSE:HNDA) is one of the leading manufacturers of automobiles and power products and the largest manufacture of motorcycles in the world. Honda has always sought to provide genuine satisfaction to people worldwide. The result is more than 120 manufacturing facilities in 30 countries worldwide, producing a wide range of products, including motorcycles, ATVs, generators, marine engines, lawn and garden equipment and automobiles that bring the company into contact with over 19 million customers annually. For more information, please visit http://world.honda.com.