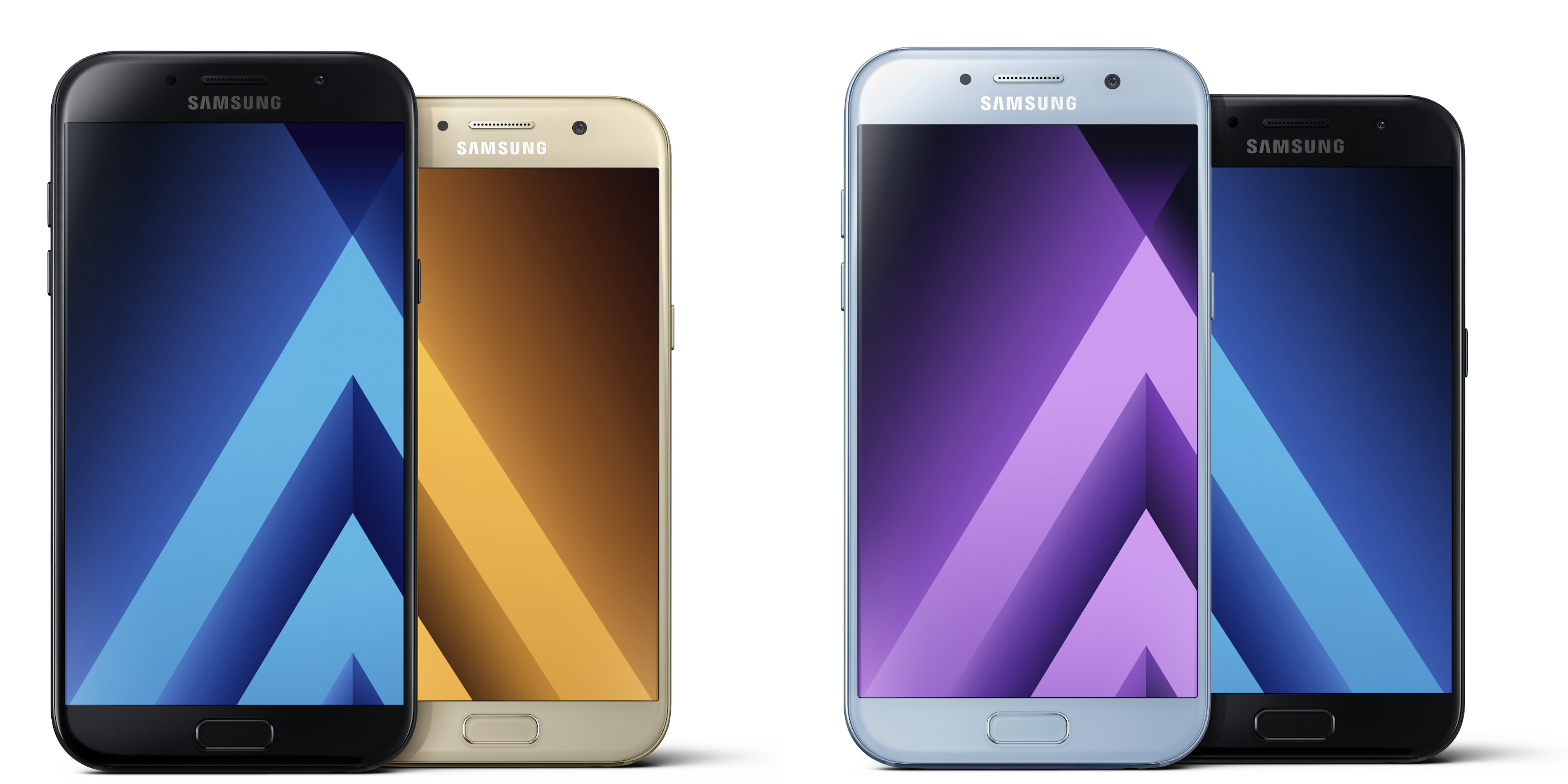 Samsung today officially announced an updated Galaxy A series lineup that includes a 5.7-inch A7, 5.2-inch A5 and 4.7-inch A3, all with new and improved front and rear cameras and more.

The two larger devices, the A7 and A5, get new 16 megapixel cameras on both the front and back, while the A3 model will get an updated 13 megapixel camera on the back and 8 megapixels on the front. The company also made a point of noting the device’s “metal frame and 3D glass back” inspired by some of its more premium high-end smartphones.

The A7 and A5 will come with 3GB of RAM and 32GB of storage with microSD support up to 256GB, while the A3 will start with 16GB and 2GB of RAM. The A3 also comes with a slightly less powerful 1.6GHz Octa Core processor compared to the 1.9GHz Octa Core being used in the larger models.

In addition, the mid-range A Series lineup is getting an IP68 water and dust resistance rating for the first time.

The company is planning to launch the new A Series devices starting early this month in Russia before expanding to other markets. You’ll be able to find the devices in four color options including Black Sky, Gold Sand, Blue Mist and Peach Cloud (as pictured above).

You can get full specs on the new A Series devices on Samsung’s website here.