With live streams being a popular way for internet stars to communicate with fans, YouTube has announced a new way to monetize them. Super Chat allows any viewer to purchase messages that will be more visible during a live chat. However, this new feature coincides with YouTube discontinuing Fan Funding.

Super Chats stand out from normal messages in a live chat by being highlighted in a different color and remaining in the ticker for a set period of time.

Tapping the dollar sign icon in the live chat reveals a slider that increases the time your Super Chat gets pinned to the ticker and message length. Those two characteristics, along with the color of your message increase the more you are willing to pay.

Your purchase amount, channel icon, and optional message are visible to the public, with a countdown clock displaying the remaining time. YouTube notes that Super Chats will be subject to moderation, with flagged chats possibly disappearing. 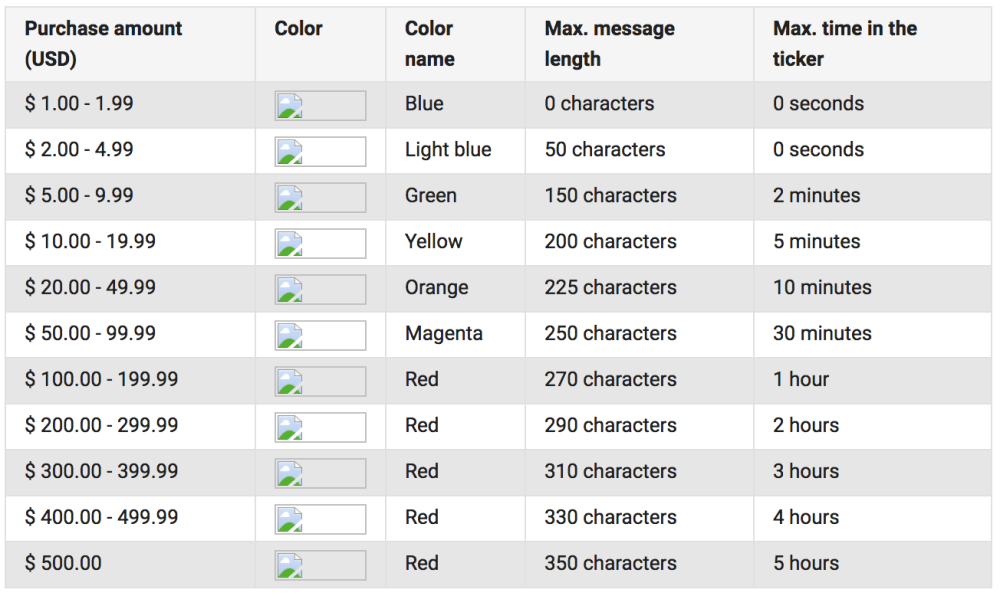 At the moment, Super Chats can only be purchased in YouTube or YouTube Gaming on the web or through Android, with iOS not currently supported. The new feature is available in beta today, with the feature launching on January 31st for creators in 20 countries and viewers in more than 40 countries.

Super Chats are launching as another monetization feature is being shut down due a lack of widespread usage. Fan Funding allowed viewers to make voluntary donations to directly support creators. According to YouTube, it was only widely used by the live streams. Sign-ups are being halted today, with enabled channels still able to receive funding until February 28th.