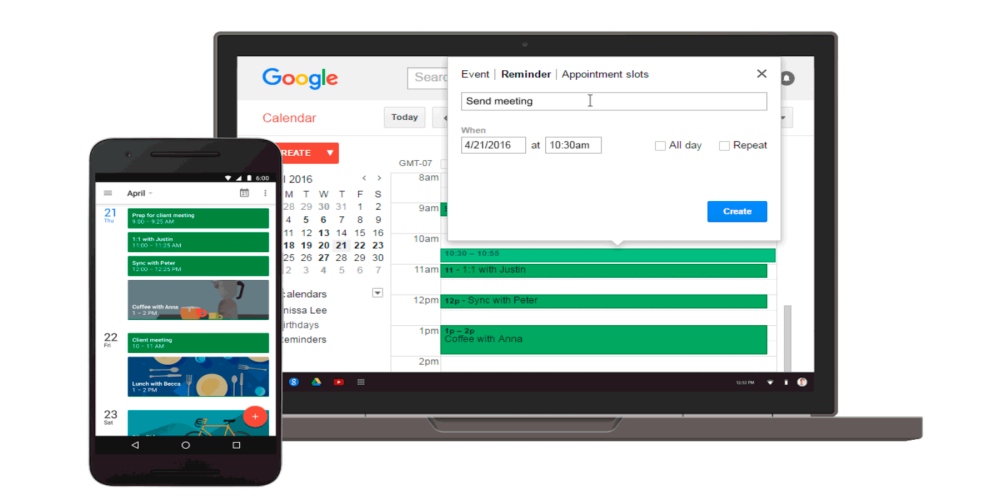 Google Calendar on the web is getting a number of updates that bring it to feature parity with mobile, while legacy versions of Drive apps for Android and iOS will be shut down in April.

Since April, Google Calendar for Android has featured smart suggestions for finding times for meetings and booking rooms. Today, room suggestions are coming to Calender on the web. When creating meetings, rooms will be suggested based on your and your guests’ previously used rooms. Of course, users can continue to manually browse or search for any room.

To help with collaboration, the ‘Find a time’ tab will now show meeting times in the time zone of each guest. Google notes that more scheduling improvements are planned for 2017, with a rollout of these features occurring over the next three days for G Suite customers.

Meanwhile, legacy versions of the Drive app will be deprecated on April 3, 2017. Starting this month, users of older versions will begin seeing prompts to encourage updating. By March, very old versions will be forced to upgrade when they see the prompt.