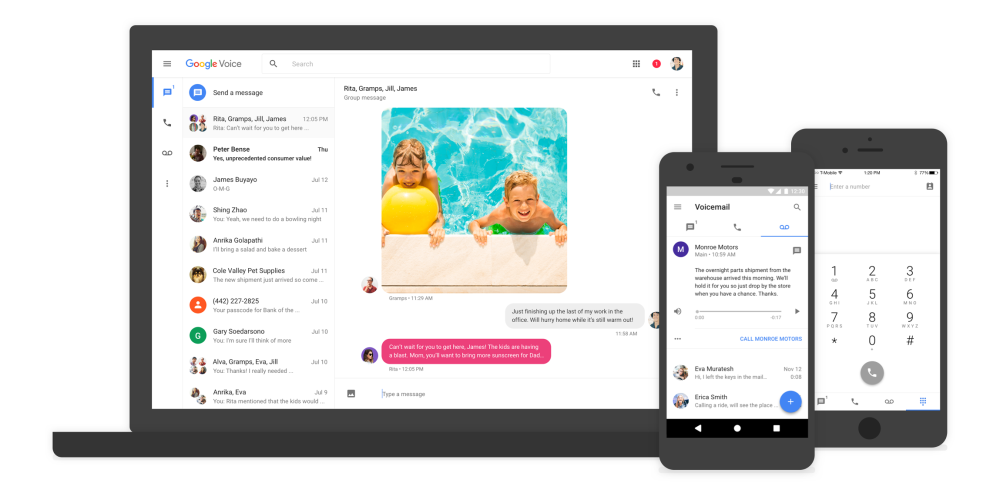 After a false start earlier this month, the first major update to Google Voice in years has just been announced. Featuring a redesigned interface, new features, and the promise of continued updates, it will be rolling out to everyone in the coming weeks.

Google Voice has been redesigned around a new inbox that features separate tabs for text messages, calls, and voicemails. Messaging adds support for group and photo MMS, while search capabilities apply to both text and call history.

There is also a new Security setting to filter spam from all types of communications. Meanwhile, old features like voicemail transcription — now available for Spanish — are still present.

On Android, the UI is standard Material Design with a FAB and three tabs that show missed items. At launch, version 5.0 has a rounded icon for the Pixel and support for Nougat’s Direct Reply, but does not feature a mini conversation view in notifications like Google Messenger. Also lacking is support for Gboard’s GIF keyboard, Direct Share, and 7.1’s app shortcuts.

The interface looks near identical to Hangouts on the web, with tabs on the left hand side, a list of messages, and the conversation view itself. For the iOS app, a dialer is added to the bottom bar. 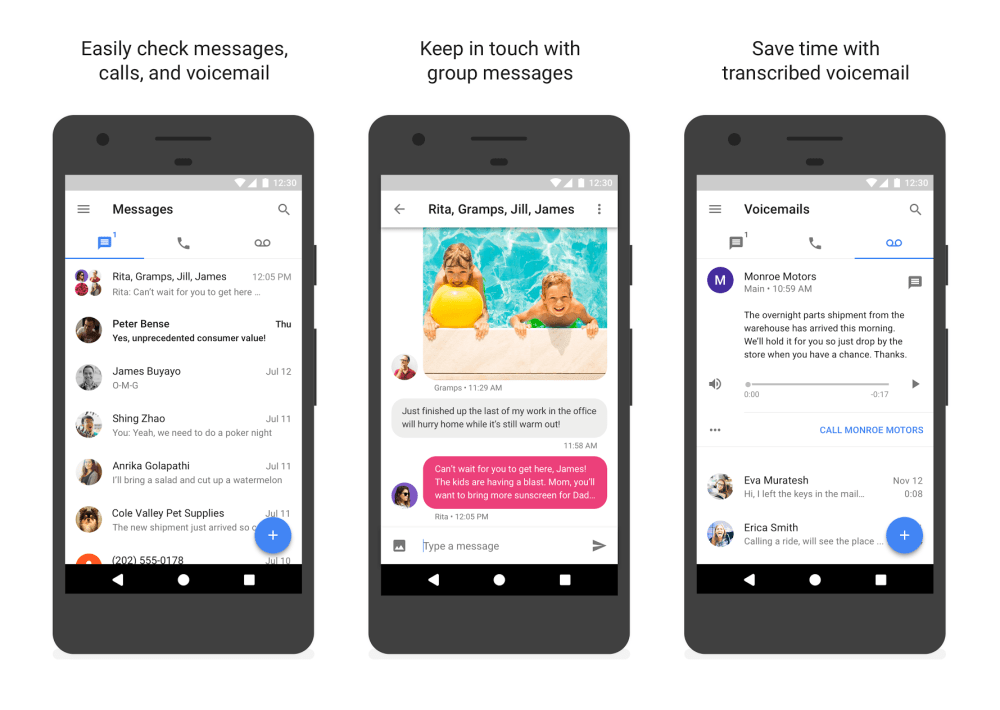 Voice functionality will remain in Hangouts, thus allowing users to continue using their existing workflow. However, Google recommends giving the new apps a try for future improvements and features.

It’s important to note that doing so will disable the ability to send SMS messages in Hangouts. Additionally, SMS conversations from Hangouts will not appear in Voice. Google is working on a migration feature for a future update.

Overall, Google Voice has received a long delayed redesign, but for the most part the functionality remains the same. The biggest announcement is really Google’s promise of providing regular updates and new features to the service.