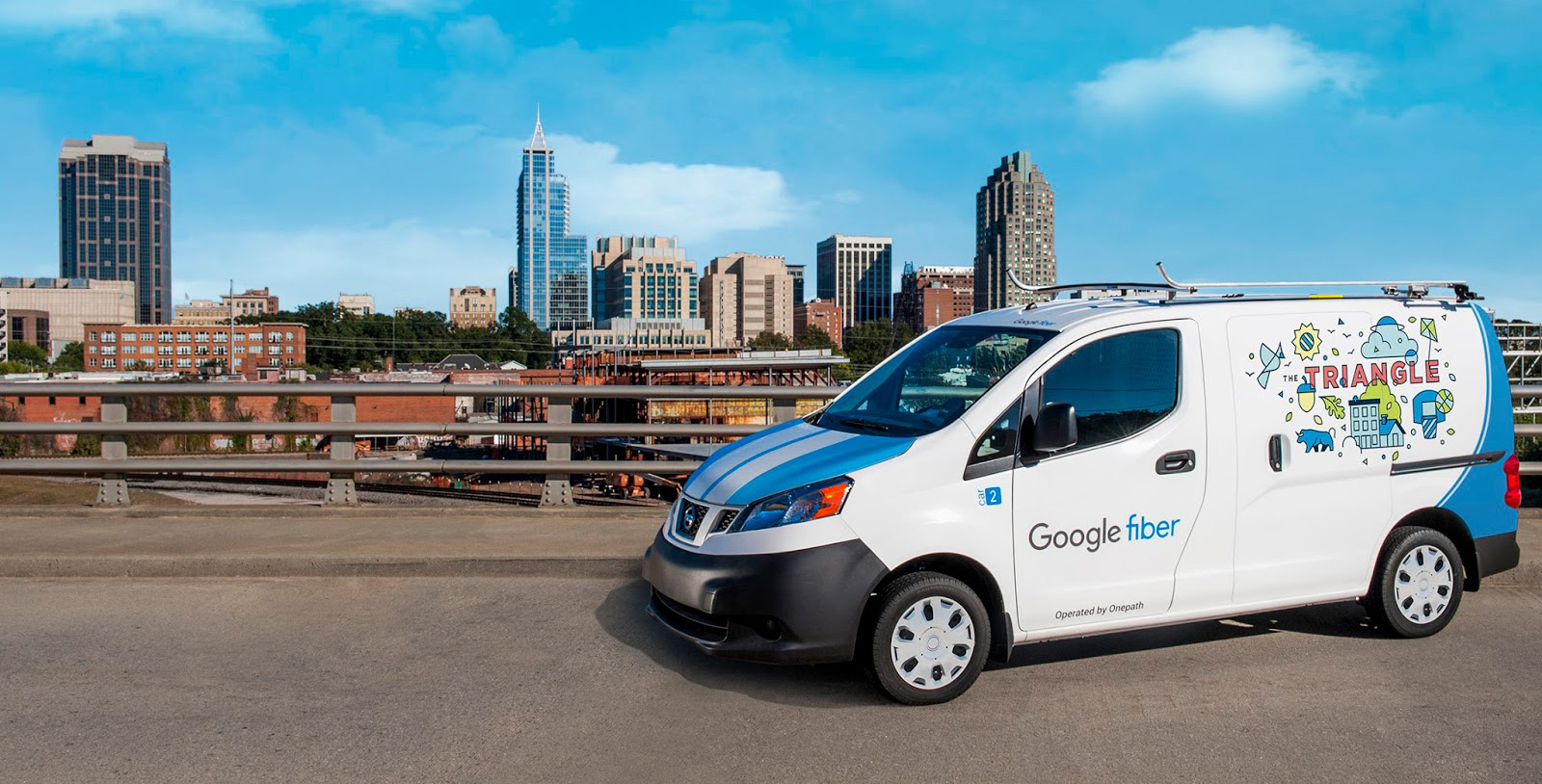 Toward the end of last year it was said that Google was putting expansion of its super-fast Fiber internet service on pause, but today it seems the expansion of the gigabit internet service has resumed. Following its launch in Charlotte almost exactly a year ago, Fiber is further expanding in North Carolina to Raleigh…

Fiber in Raleigh is now available both in the Morrisville and North Hills areas of the city, and Google plans further expansions through Raleigh and the greater “triangle” area. Both TV and internet services will be available, with plans ranging from $50 a month up to $160 a month. Small business plans are also available starting at $70 a month.

Along with the new service, Google has also opened up a new Fiber Space in Raleigh in the historic 518 West Jones building in Glenwood South. Community members and potential customers will be able to visit to test out Fiber’s speeds on their own devices, view Fiber TV services, as well as ask staff members questions about the service. The space will also host community events, including one during this week’s “Raleigh First Friday” event.

This shouldn’t come as a surprise, as the Raleigh-Durham area has been on Google’s short list for quite some time. However, this announcement comes as a comfort considering the future of Fiber was completely unknown just a few months ago. Hopefully, Google will continue to further expand Fiber to other cities over the coming months, but the company has yet to announce anything on that front. Currently, Google lists Huntsville, AL, Louisville, KY, and San Antonio, TX as the next stops.