Resulting in quality and usability improvements, Voice over LTE allows calls to be made and received over data networks. Now, we learn that Google’s Project Fi MVNO is beginning to test VoLTE calling with a subset of subscribers.

According to Google, calls placed over LTE will be higher quality than those made through traditional cellular networks. Another benefit is that other activities that use cellular data, like web browsing, will not be slowed down during calls as phones will remain on LTE networks instead of dropping down to HSPA.

Additionally, the initial call setup experience on new devices should be much quicker than before. Like on other carriers, Google notes that VoLTE will not count against your monthly data usage.

The Google MVNO is currently only testing VoLTE on T-Mobile’s network as Sprint and US Cellular have yet to officially rollout support. To tell if you’re a part of the test, your signal indicator in the status bar will continue to display ‘LTE’ when on calls.

Some Nexus and Pixel devices are already sporting a new ‘Enhanced 4G LTE Mode’ toggle under ‘Cellular network settings’ to “Use LTE services to improve voice and other communications.” Head to Settings > Data usage > Cellular Networks (in the overflow menu) to see if the option is enabled for you. 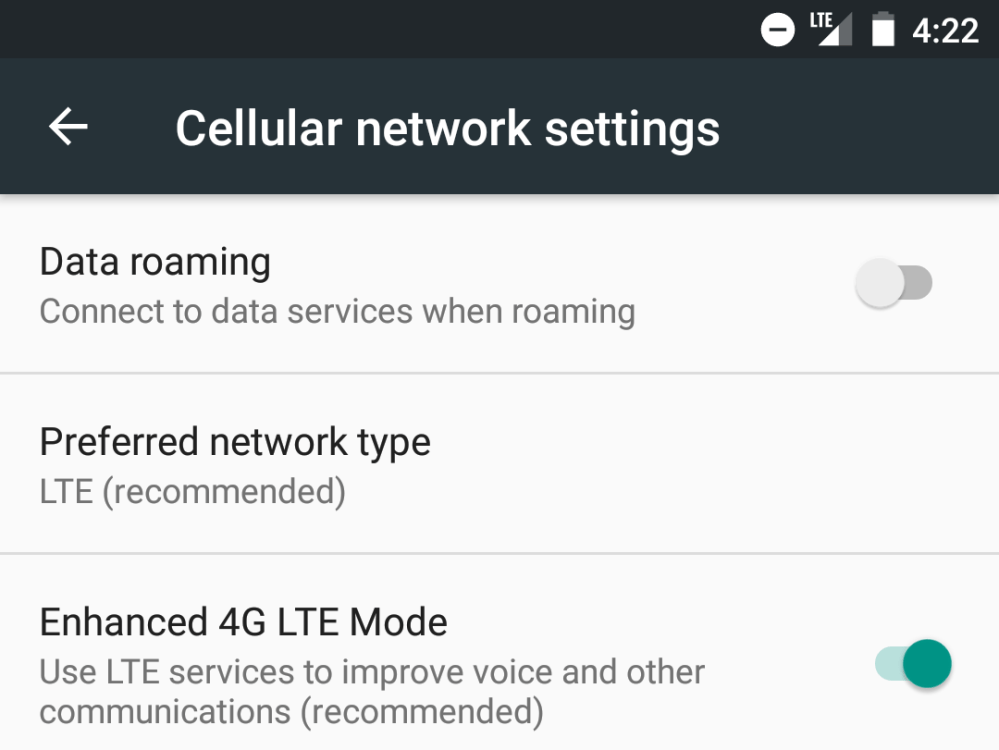