Spotify brings ‘Behind the Lyrics’ feature from iOS to Android 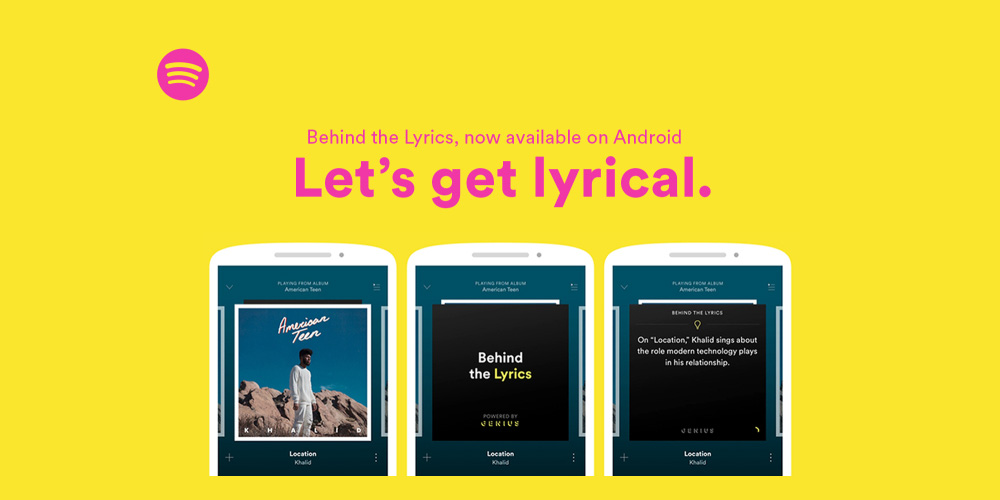 Last year Spotify partnered with Genius to bring a new feature to its iOS app — “Behind the Lyrics.” Using Genius’ lyric knowledge base, the feature brought some interesting functionality to Spotify’s iOS app, and today, that same functionality has made its way to Android…

“Behind the Lyrics” offers Spotify users the ability to learn more about the process that goes into the song they are listening to, whether it’s facts about the artist or song, stories directly from that artist, or even the inspiration for that track. Spotify says that millions of iPhone users take advantage of this feature daily, and it’s hoping to see similar success on Android.

For now, this feature will only work with select portions of Spotify’s library including “Behind the Lyrics: Hip Hop” and “Today’s Top Hits.” Along with that, R&B artist Khalid has worked with Spotify to offer this feature on his entire album, American Teen.

Today Spotify and Genius are thrilled to announce that Behind the Lyrics has landed on Android. Spotify Android users everywhere can now enjoy the Behind the Lyrics treatment on our curated playlists Behind the Lyrics: Hip Hop and Today’s Top Hits. Tracks on these playlists will include lyrical excerpts, fun facts, and stories straight from the artists themselves about how they created their standout songs. Simply hit ‘Play’ on these Genius-powered playlists to learn more about your favorite artists and songs.

“Behind the Lyrics” is rolling out to all Spotify users on Android starting today. Spotify is available for download on Google Play.