AMC and BBC America are major additions, with NBC Universal further expanding their existing offerings on the service by adding Telmundo and Universo. Other new channels include cable networks Sundance TV, We TV, and IFC, also owned by AMC.

With today’s additions, 46 channels plus YouTube Red Originals are now available to YouTube TV subscribers as part of the basic package.

Google continues to offer add-on networks Showtime and Fox Soccer Plus for $11 and $15, respectively, per month.

In Los Angeles, these channels are already showing up in YouTube TV’s web interface and the mobile apps.

Our hands-on with the service and extended usage continues to show that YouTube made a very good first entry into the cord cutting space. Hopefully, future updates will integrate Google Play Music and ad-free YouTube into the offering. 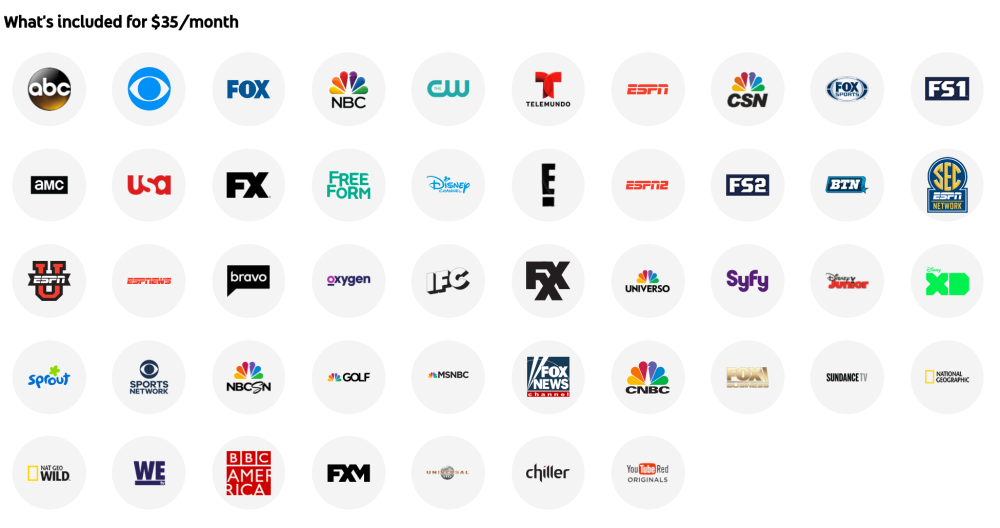