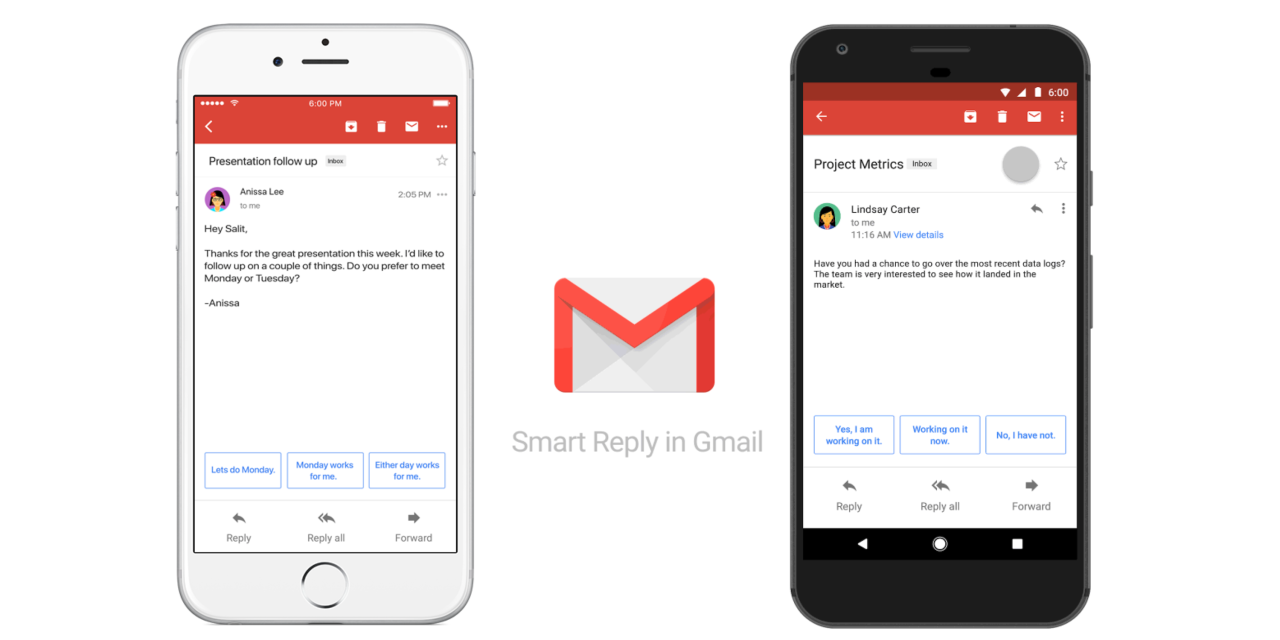 Google is today releasing an update for its Gmail mobile apps that introduces a new Smart Reply feature with suggested quick reply buttons within emails.

The feature is something Google is bringing over from its Inbox by Gmail and Allo apps where similar functionality was already available. Google says that the feature accounts for around 12% of replies sent in Inbox, for instance.

Smart Replies work by presenting three canned replies as buttons at the bottom of each email (as pictured above).

You’ll be able to edit the Smart Reply before sending if you wish and Google notes that the feature uses machine learning so it will intelligently get better over time by customizing response suggestions to your specific usage.

Google is rolling out Smart Reply to the latest versions of Gmail for both Android and iOS starting today. It will first be available in English and will become available in Spanish over the coming weeks and in more languages in the near future.

Earlier this month Google Allo received support for additional languages for its Smart Reply feature including French, so it’s likely it won’t be long before Gmail follows suit.

Google is officially kicking off its Google I/O developer conference today with its open keynote address where, in addition to today’s Gmail update, it’s showing off a number of other new product updates. Catch the live stream and replay here.