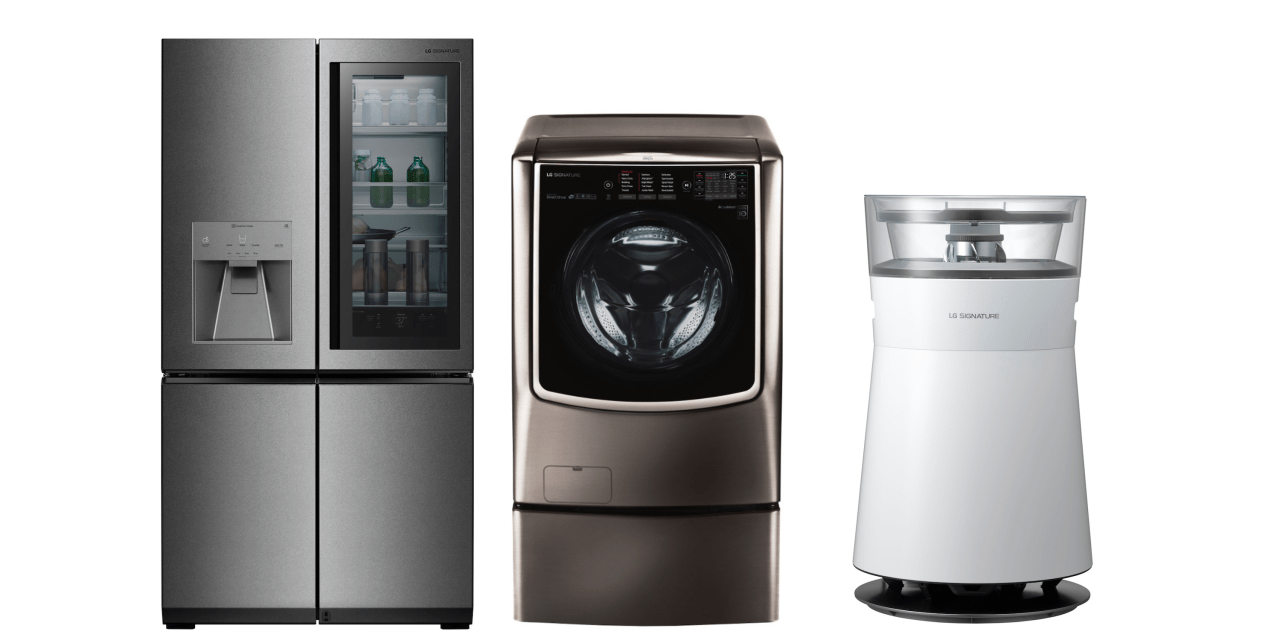 Following an announcement from GE earlier today, LG is the latest appliance manufacturer to announce integration with Google Home and Assistant for a new lineup of connected appliances. The company made the announcement during the opening day of the Google I/O 2017 developer conference.

The new Google Assistant integration, which will allow appliances to be controlled via voice commands (and as of today, typing), is coming this month to the company’s SIGNATURE brand washing machine and dryer, refrigerator, oven range and air purifier.

A couple of products outside of the Signature brand line will also get support, including the LG Hom-Bot Turbo+ and LG smart air conditioner.

With Google Home, users will be able to access the full range of the Google Assistant’s features on connected LG appliances. Compatibility with Google Home provides tangible benefits while enhancing usability for connected devices. For example, users can check the time remaining during wash cycles on their LG SIGNATURE washing machine, tell their LG SIGNATURE InstaView™ refrigerator to create more ice, or adjust thermostat settings on their LG air conditioner through simple spoken commands from anywhere within range of Google Home.

The support is coming first to the product lines above in the US, but LG said it will also bring support to other markets in the future.

Google itself announced some updates and upcoming features for Assistant at Google I/O, including keyboard input, Android TV integration, a standalone app for iPhone, and new countries and languages for Google Home.