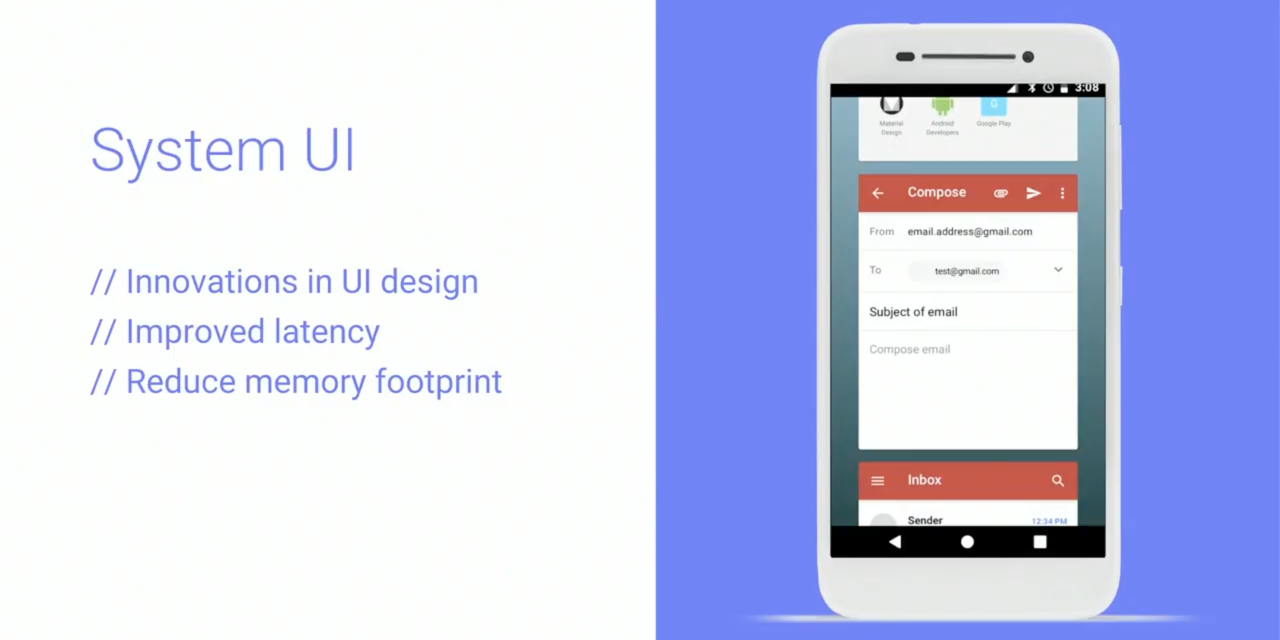 In addition to clarifying the differences from previous initiatives like One, last night’s I/O 2017 session on Android Go went into depth about the optimizations made to the OS for entry-level devices.

On the design front, Android Go features a redesigned Recents UI that enables faster switching and less memory usage. Instead of staggered cards, Go displays the full preview card, with users able to swipe between them.

Google noted that the change was due to the fact that 95% of the time entry-level users only switch between their four recent applications. Android Go features other such UI optimizations that aim at improving performance.

Meanwhile, Go is also better at surfacing controls for mobile data balance and to top-up/refill data. The latter is available right from quick settings with an indicator for how much data is remaining in your plan.

Complementing the OS-level optimizations are first-party Google apps like Chrome, where Data Saver is enabled by default. There is also YouTube Go, which has strict controls for how much data can be used when downloading a video, as well as sharing options through P2P connections.