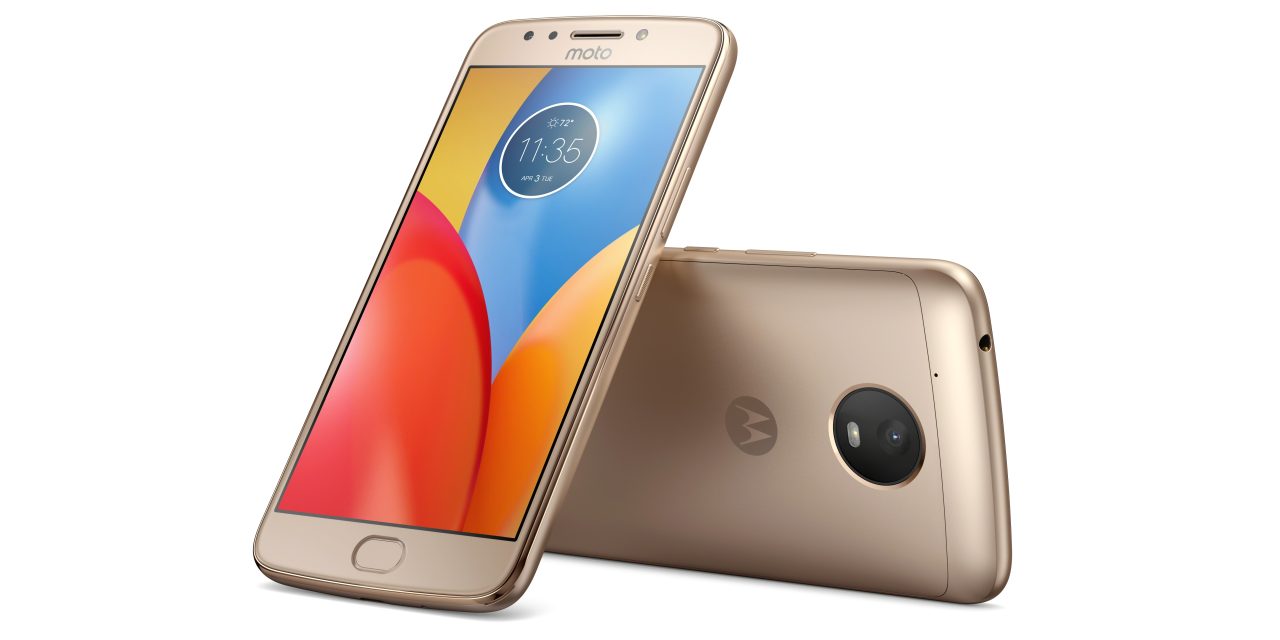 Lenovo subsidiary Motorola has today announced the latest in its annual lineup of affordable smartphones, the Moto E4 and Moto E4 Plus. The two handsets are yet another $100-$200 budget offering from the company, mostly just building on last year’s Moto E3 with improved specs and new metal designs…

Both phones are a pretty drastic departure from the Moto E3. The Moto E3 still had the Motorola dimple on its rear side, a pill-shaped camera housing, and a metal edge design that resembled Moto X devices (and the Nexus 6) of years past. This year’s Moto E devices have a circular camera design that aligns with the rest of Moto’s phones, hardware home buttons, and all-metal builds.

The Moto E4 is obviously the lower-end model of the two, featuring a 5-inch 1280×720 display and a quad-core 1.4 GHz Snapdragon 425 processor paired with 2GB of RAM, 16GB of storage, and a 2,800 mAh removable battery. On the camera front, you’re going to get a 5MP front camera and an 8MP rear camera. And as for software, the phone is shipping with Android 7.1 Nougat.

As Moto says in its press release, “there’s no shortage of value-tier smartphones in today’s market.” That remains true with the addition of these two. Moto E4 will run you $129.99 (and will also become available later as an Amazon Prime Exclusive Phone), while the Moto E4 Plus will start at $179.99. You can learn more about the phones at Moto’s website.

There’s no shortage of value-tier smartphones in today’s market. Many options include the common, expected features, and quality among these devices can differ. This often means you are left with few options that meet your standards and needs.

Enter the new Moto E⁴ and Moto E⁴ Plus. With a sharp look and major upgrades, they deliver the things you want – all day battery, outstanding display and advanced camera capabilities – at the price you want it for.

Moto E⁴ also has an 8MP autofocus camera, so you never have to miss another perfect photo opportunity. Plus, you’ll be able to take selfies worth sharing, even in low light conditions, with the 5MP front camera.

And with the 2800 mAh battery* of Moto E⁴ you won’t have to worry about recharging when you’re out and about, since you can keep going for hours on a single charge.

Moto E⁴ Plus: Massive Battery with a Major Upgrade For even more of a good thing, like HD display and a huge battery, take a look at Moto E⁴ Plus. Once you pick up Moto E⁴ Plus, outfitted with a vibrant, 5.5” HD display wrapped in smooth metal, it will be hard to put it down. With a 5000 mAh battery, you can go longer without worrying about recharging**. But when it is time for a boost, there’s no need to slow down to power up, as Moto E⁴ Plus works with the 10W rapid charger, which gives you hours of battery life in minutes of charging.

Get to the good stuff faster by using your fingerprint reader to unlock your phone. Once you’re in, you’ll find you never have to miss another moment, because Moto E⁴ Plus features a 13MP autofocus rear camera and a 5MP front camera with a selfie flash for beautifully sharp photos – even in low light.

Packed with a quad-core processor and 4G speed¹, Moto E⁴ Plus offers the power you need to scroll through your favorite websites, play games and more – all without the wait. And with Android™ 7.1, an updated version of the world’s most popular operating system, you can expect the best with Moto E⁴ Plus.

Images can be found here (you agree to our license terms when downloading images or video).