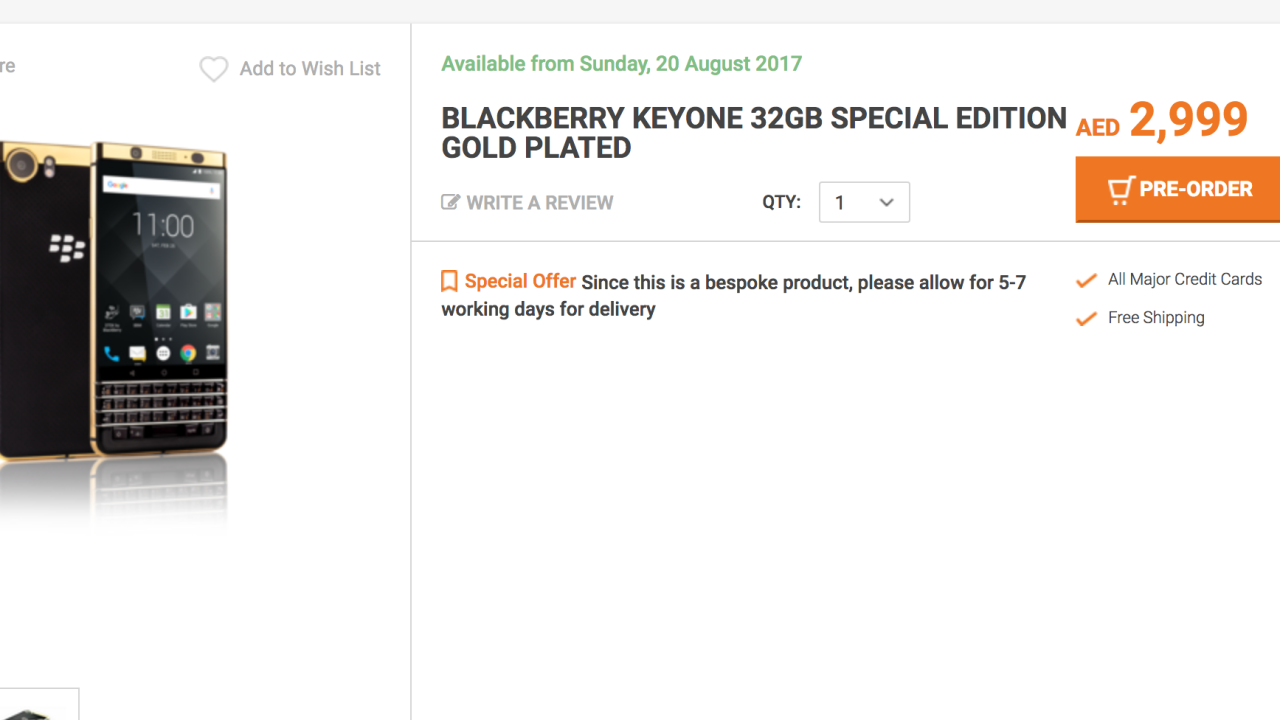 Following some leaked images last week, an all-black version of the BlackBerry Keyone was announced for availability in India starting on August 8. The absence of the silver trim in favor of a matte-black getup is extremely stealthy and sleek, but if you’re someone who desires more pizazz with your smartphone purchases, there’s now a gold-plated Keyone that you can pre-order right now.

The Blackberry Keyone Special Edited Gold Plated is being sold through Axiom Telecom, and it can be yours for the cool price of around $817 USD (2,999 AED). The silver accent of the regular Keyone has been swapped out for gold-plating, and the end result honestly looks really nice. This is definitely the flashiest version of the Keyone that we’ve ever seen, and it’s a lot more visually interesting than all-black variant that was previously announced.

Unlike the black Keyone which had 4GB of RAM and 64GB of internal storage, this gold version is rocking the regular 3GB of RAM and 32GB of storage space. Other specs include Android 7.1 Nougat, Qualcomm’s Snapdragon 625 processor, 12MP rear-camera, 4.5-inch 1080 display, and (of course), the a physical keyboard beneath it.

The USD equivalent of $817 is substantially more expensive than the regular Keyone’s price of $549, but then again, those interested in rocking a gold-plated phone likely won’t be put off by the GoldBerry’s price.