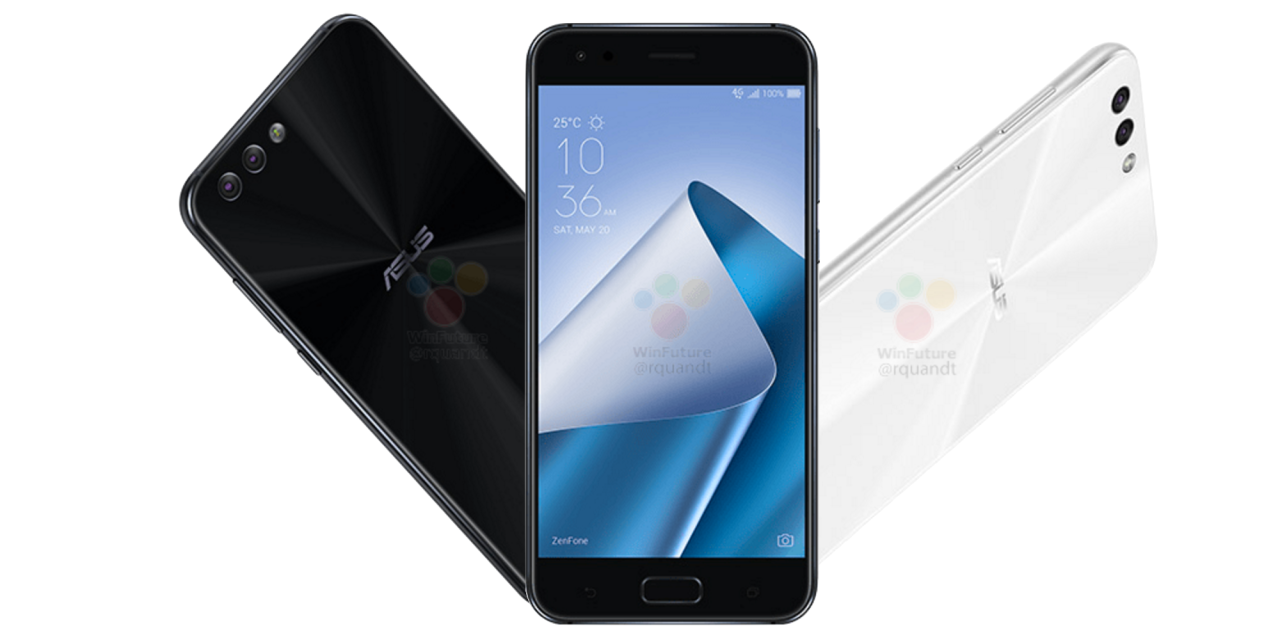 Earlier today, Asus quietly launched the ZenFone 4 Selfie in France – a new mid-ranger from the company that offers an impressive 20MP + 8MP dual front-facing camera setup. Asus is expected to release another entry into its Zen/fone line later this month with the Asus ZenFone 4, and a new report supposedly reveals many of the phone’s specifications and its design.

At first glance, the ZenFone 4 looks like many other smartphones that we’ve already seen so far this year. There’s a glass front and back sandwiched between a metal frame, front-facing fingerprint scanner, and a 5.5-inch 1920 x 1080 Super AMOLED display. Around back is the ZenFone 4’s 12MP + 8MP dual camera setup, and the secondary 8MP unit will reportedly allow for 120-degree wide-angle shots (similar to the LG G6’s 125-degree wide-angle sensor).

Powering the ZenFone 4 is the Qualcomm Snapdragon 660 processor, 4GB of RAM, and a fairly large 3,300 mAh battery. Other specifications include 64GB of internal storage, NFC, Bluetooth 4.2, and a dual-SIM/microSD card slot.

Asus is expected to sell the ZenFone 4 for €499.99, and this works out to around $586.62 USD. Although the final price of the ZenFone 4 would likely be around $500 or $550 should it launch in the States, that’s still a large amount of money to ask for what’s arguably a high-end mid-range offering.

In any case, we’ll soon have all of these details confirmed when Asus announces the ZenFone 4 on August 19.