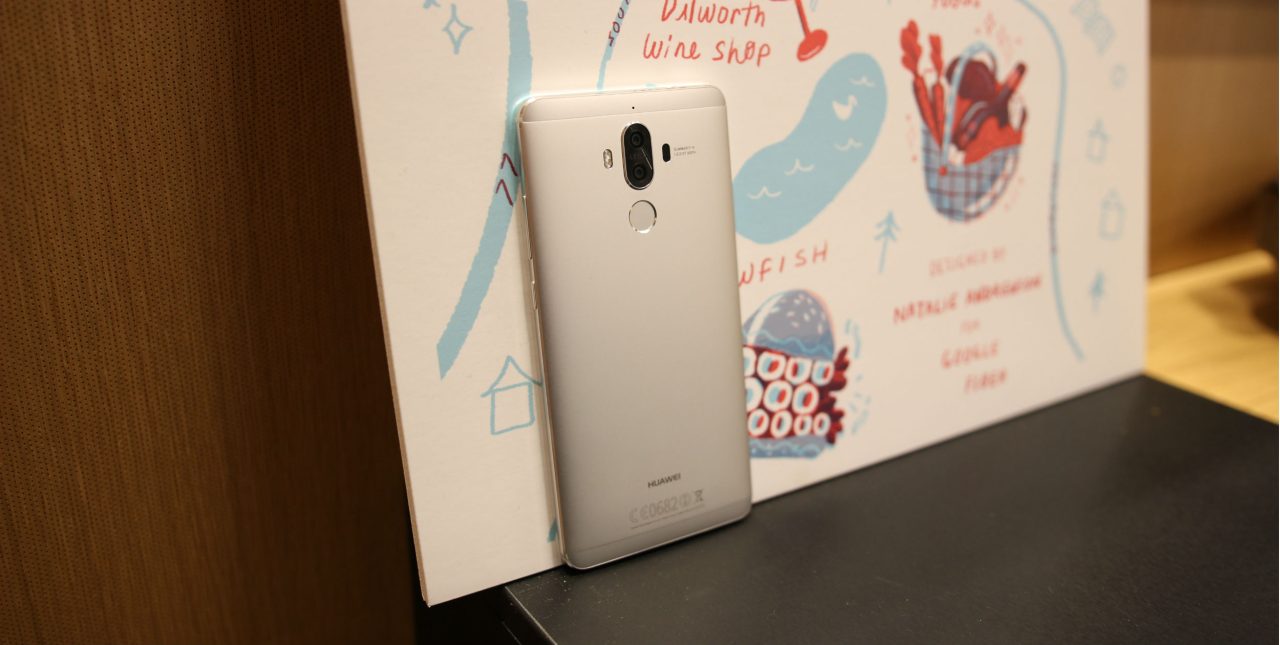 While Apple still has a strong hold on smartphone sales in the United States, the company’s grip on other markets is much less pronounced. In the case of Central and Eastern Europe, the company has once again slipped to third place, right behind Huawei as Xiaomi makes some notable gains.

Huawei made a bold claim last year, stating that it had the goal to surpass Apple in smartphone sales, thus becoming the number two smartphone OEM on the planet, within two years. Progress has certainly been made in this area on a global scale, but in some regions, it’s been a tough battle.

In Central and Eastern Europe (CEE), Huawei has narrowly surpassed Apple in sales for the entirety of 2016, but Q1 of 2017 saw Apple overtake them again. According to Canalys, that’s thanks in large part to the iPhone 7 Plus.

Apple did an excellent job of upselling its installed base to the iPhone 7 Plus, whereas Huawei suffered the fallout from its extremely aggressive end to 2016. It built a great deal of channel inventory last year as its sales teams chased a 140-million-unit annual global shipment target. 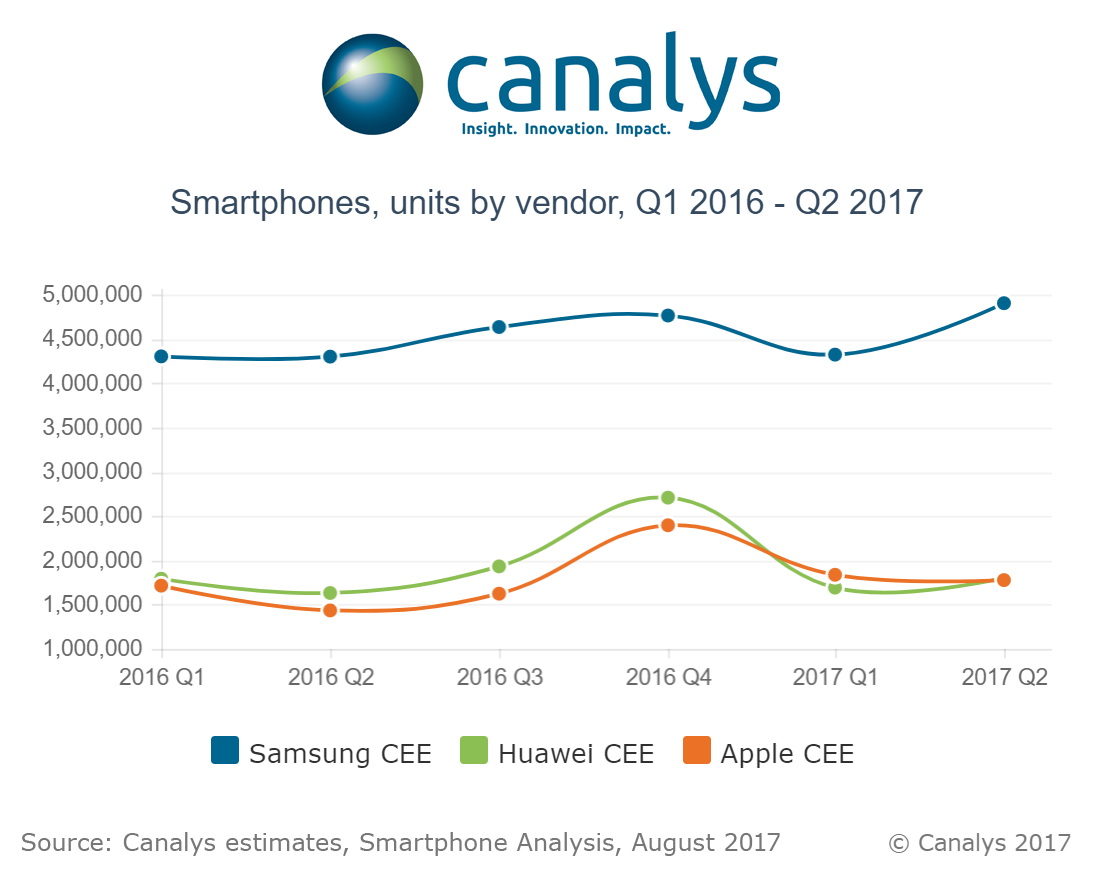 Now, Huawei is back on top of Apple for Q2 of 2017. Xiaomi also saw major rises in this region, rocketing the company right behind Apple in 4th place. It’s also important to keep in mind that Samsung has a dominant lead in this region.

As for Huawei’s war on the global arena, the company is still holding up well. In the past quarter, Huawei was just 3 million units behind Apple, an impressive feat by any measurements.

Huawei shipped 38 million devices during this past quarter, and this means that the company saw a year-over-year growth of 20% compared to Q2 2016.

Apple is set to debut the iPhone 8 next month while Huawei has plans to unveil the Mate 10 later this year. Both of these nearly bezel-less, powerful smartphones should certainly have the attention of buyers, so it will be interesting to see how both phones stir up the numbers for Q4 of this year and beyond.