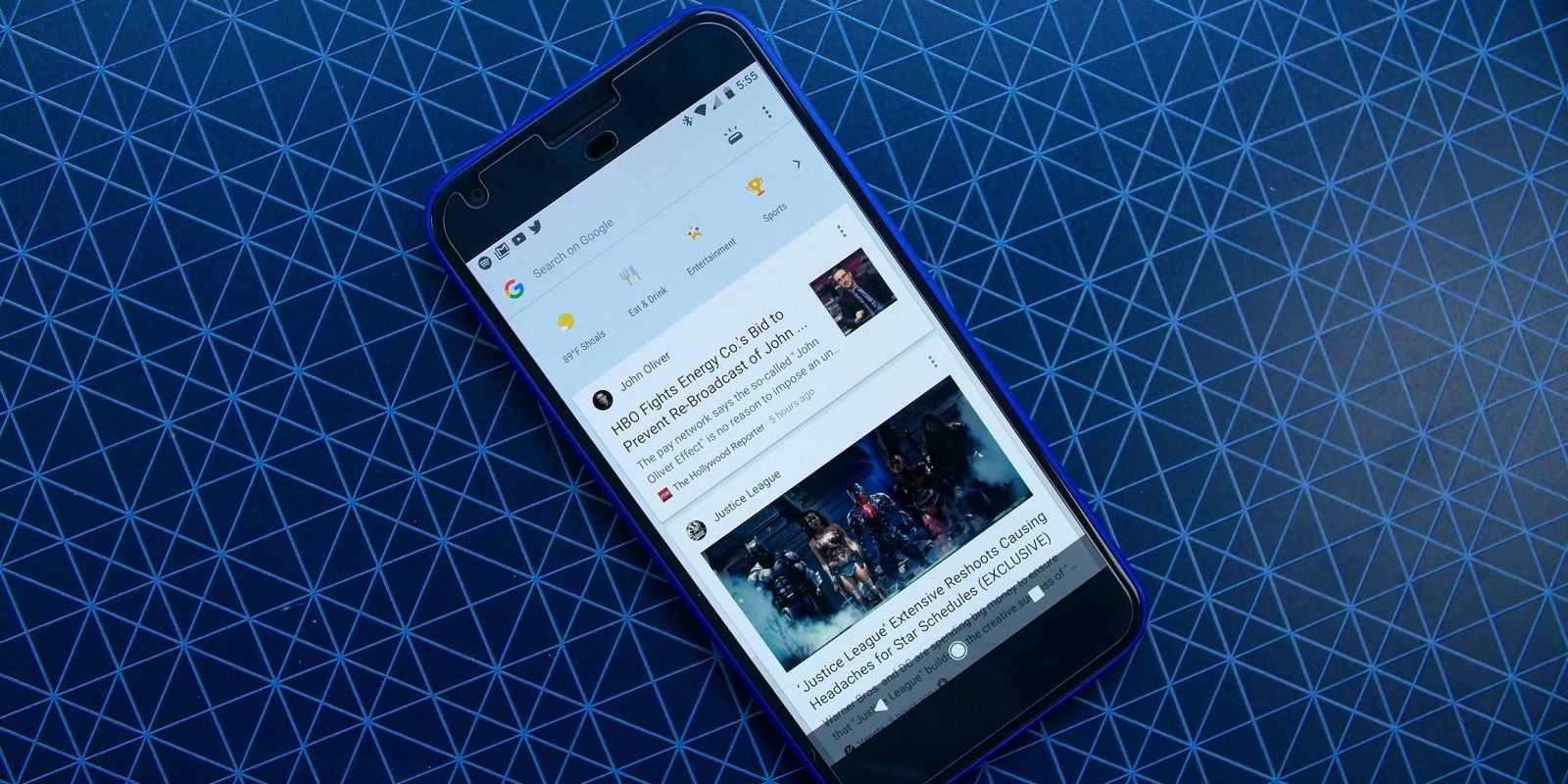 Over the past month, some Pixel users began noticing a transparent Google Feed to the left of their homescreen. Over the past few days, Google has been more widely rolling out the redesigned interface, with many users now seeing the new design this evening.

This transparent design helps tackle a particular issue that Google has been facing with rolling out their new Feed on devices that feature homescreen integration of Google Now. As a result, Google Now and Pixel Launcher users have been stuck with the older Now feed on their homescreens and a tab-less Google app.

The new transparent look solves the issue by completely removing tabs and only showing the Feed, which has also been redesigned with transparency and the removal of the big Google logo and search bar. Instead of the empty space, the very top features a compacted search bar, Upcoming shortcut, and overflow menu.

Underneath are shortcuts to the various tools built into Google Search. Meanwhile, the new interest-based Feed cards are present. The biggest issue with this new design is the inability to swipe away cards from the transparent Feed. Rather, a visit to the overflow menu is annoyingly required.

Tapping Upcoming will launch the full Google app that features the three tab design for the Pixel. The full app still retains the previous design. Besides the new look, a card welcoming users to the feed will alert users on first launch.

The transparent Google Feed is a welcome look, though an extra tap is now required to see all your cards. For the moment, many Pixel and Pixel XL devices on both Nougat and the O Developer Preview have the new design. Hopefully, it will soon rollout to the Google Now Launcher and other launchers that have homescreen integration.