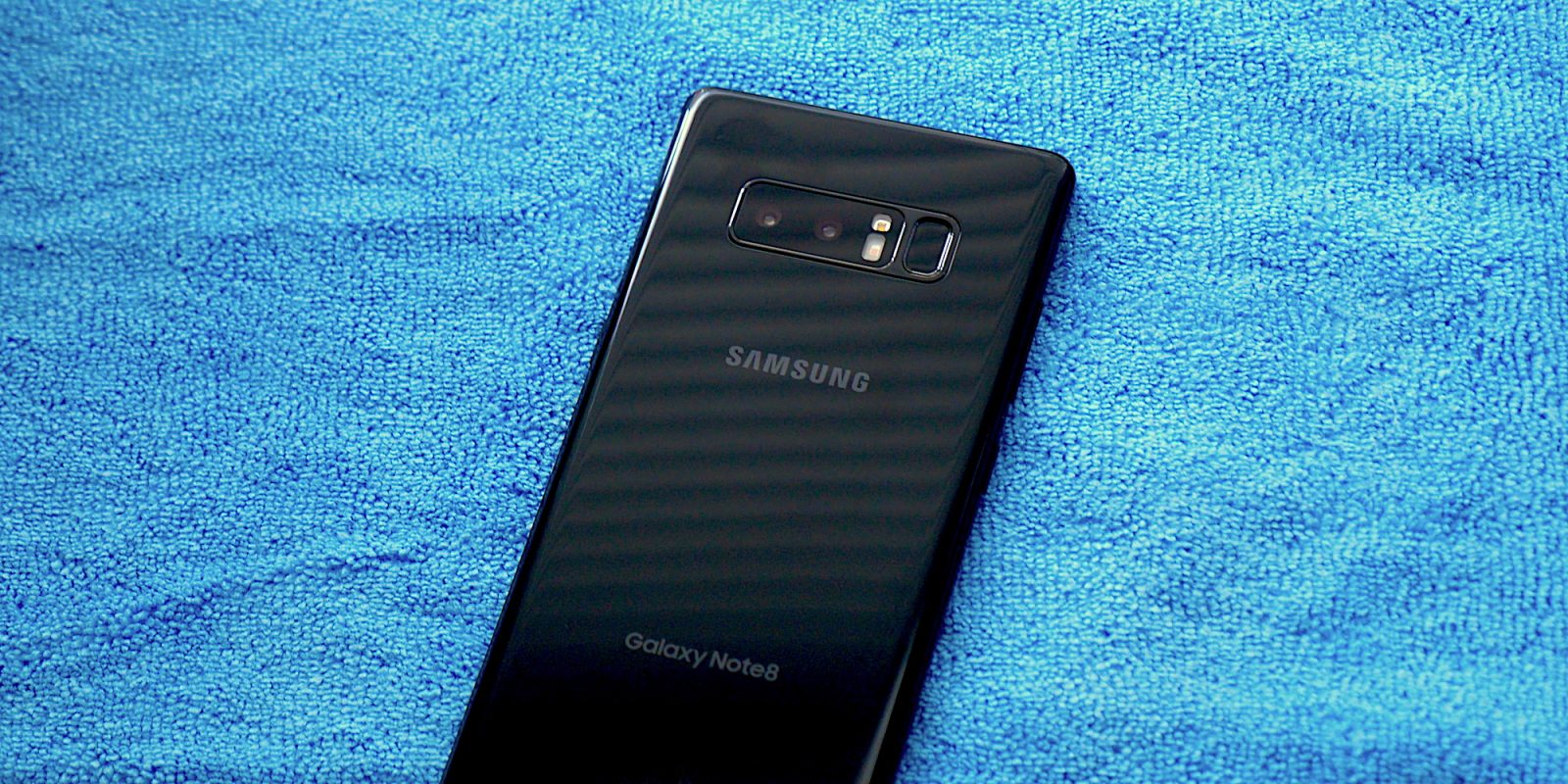 The Galaxy Note 8 is one of the most highly anticipated smartphone releases of 2017, and after taking a first look at it last month, we finally have a press kit. Join us in the unboxing experience and find out what you can expect to see when your Note 8 preorder arrives!

The press kit is comprised of two large boxes; one for the phone and accessories, and one for Samsung’s new Gear VR kit. Inside the main box is the phone itself, along with a Fast Charge Convertible wireless charger and a 256 GB EVO+ microSDXC card. These accessories won’t come with the phone, but they’re the two you’re most likely to pick up, and Samsung is at least bundling the microSD card with some preorders.

The Gear VR kit includes the new headset and wireless controller in black. The headsets sold earlier this year alongside the Galaxy S8 and S8+ aren’t quite big enough to accommodate the taller Galaxy Note 8, so Samsung slightly tweaked the newer model to support its new flagship while still supporting backwards compatibility with older models (including phones that use microUSB, thanks to a swappable insert). Aside from size differences, though, this kit is indistinguishable from the previous generation.

Inside the Galaxy Note 8’s box is the phone itself, along with a pretty typical array of accessories; a fast charging wall plug and USB-C cable, a microUSB to Type-C adapter, replacement tips for the S Pen, and the same AKG-branded earbuds included with the Galaxy S8 and S8+.

The Galaxy Note 8 features Samsung’s largest-ever smartphone display at 6.3-inches (matched only by the Galaxy Mega 6.3) with a sharp QHD+ resolution at an aspect ratio of 18.5:9. The large screen is made much more manageable by Samsung’s Infinity Display, bringing curved edges and slim bezels to the Note for the first time.

The review unit we received is an unlocked Midnight Black model, offering 64 GB storage, 6 GB RAM, and a Snapdragon 835 chipset. This is the only hardware configuration US customers will be able to buy (and one of only two colors, the other being Orchid Gray), but other markets will have more storage and color options, as well as an Exynos chipset.

First impressions with the Galaxy Note 8 are very positive, but we’ll be spending some time with the phone over the next week to give our detailed thoughts in a full review. In the meantime, let us know if you have any questions about the phone you’d like to see addressed in the review, and stay tuned for more Note 8-related content in the coming days!