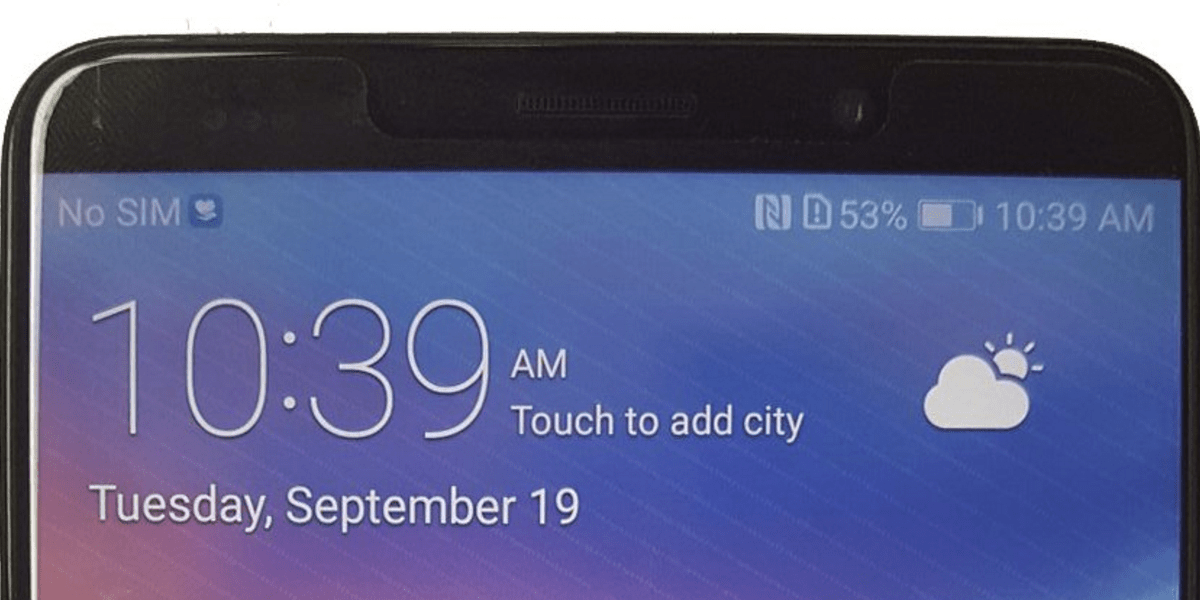 We’re a little less than a month away from Huawei’s announcement event for the Mate 10, and as expected, we’ve seen a trickle of leaks and reports come in ahead of it. Early this morning, the first real-world photo of the Mate 10 popped up to show us our clearest look yet at the upcoming handset.

The photo was originally shared by Evan Blass on Twitter, and as you can see below, it gives us a very clear idea of what we can expect from the front of the Mate 10. Bezels surrounding the top and bottom of the screen have been shrunken down considerably compared to the Mate 9. There’s still a very large display to play around with, and Huawei managed to cram in a fingerprint scanner on the front below the screen. This is a departure from the Mate 9’s rear-facing scanner, but it should make using it much easier considering the size of this phone.

All of this lines up fairly well with the CAD renders of the Mate 10 that were released earlier this month, and while those showed off both the front and back of the phone, this latest image from Blass unfortunately only shows the former.

However, according to other reports, the back of the Mate 10 should come equipped with dual rear cameras— including a primary 12MP sensor with an f/1.6 aperture and OIS alongside a secondary 20MP shooter. Other specs for the phone include 6GB of RAM, a Quad HD screen resolution, up to 128GB of storage, and Android 8.0 Oreo right out of the box.

Here's Mate 10 in the wild, via tip. pic.twitter.com/yFzIVoxokH

The Mate 9 was one of Huawei’s best handsets when it was released in late 2016, so naturally, we’re expecting greatness from its follow-up. We’ve already seen a lot of heavy-hitters from the likes of the Galaxy S8, LG V30, Note 8, Essential Phone, and others. However, based on what we know so far about the Mate 10, Huawei’s flagship will be more than able to compete against 2017’s best.