Back in July, Google took submissions for the best indie games of the year from US and Canadian developers. The company hosted a festival over the weekend in San Francisco where the public was able to play the games, as well as vote on finalists. Today, Google unveiled this year’s winners and listed those apps in the Play Store.

The Indie Games Festival is an effort to recognize the best Android apps and games in the Play Store. Focused on smaller developers, this is the second event for the US and Canada, while Google hosted a similar one in Europe back in February.

This weekend event in San Francisco saw “hundreds of attendees” demo and talk with the developers of the twenty games that were selected to be showcased at the festival. From there, the public had the chance to select the top 10 games who then gave a pitch to a panel of judges.

For those who weren’t able to attend the Festival, Google has posted the 20 finalist games to the Play Store as part of a collection. 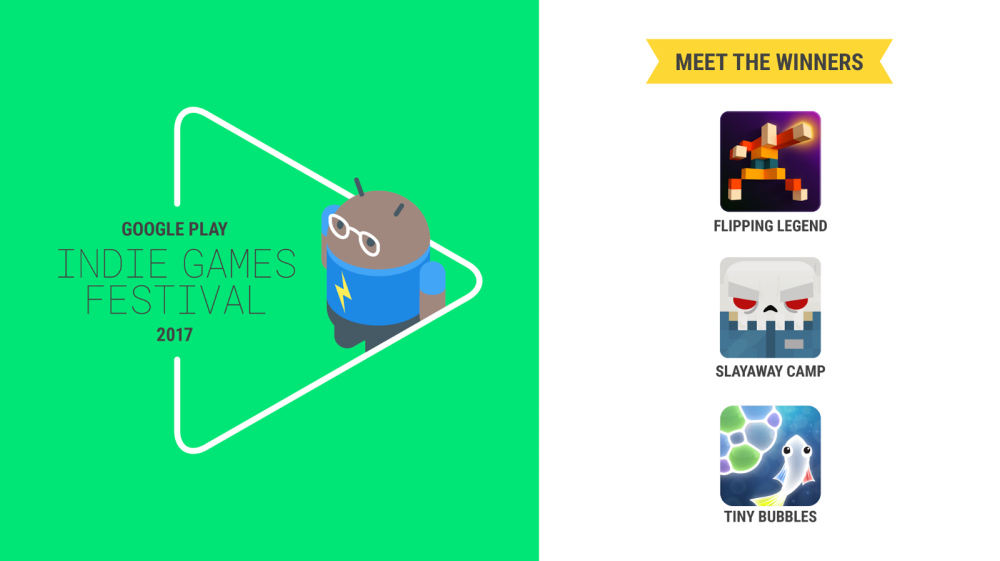