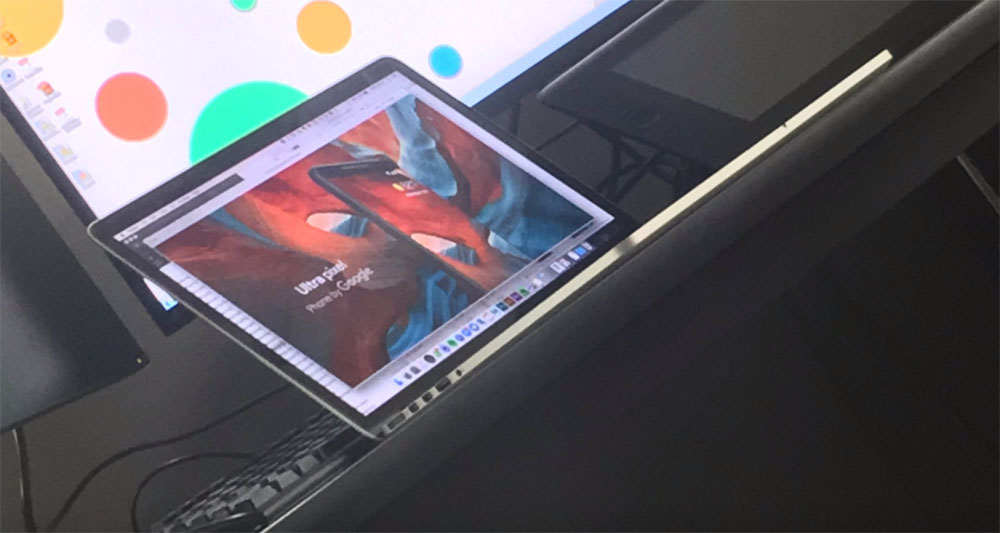 There’s plenty to be excited about with the upcoming Pixel 2 family, but there’s still a lot we don’t know about what Google’s going to show off come October 4th. Now, supposedly-leaked marketing materials (via Android Police) hint at an “Ultra pixel” moniker that some think might be an unexpected third phone from Google. We think otherwise.

YouTuber Mrwhosetheboss received the images and videos from who he claims to be someone within Google who has access to slides and marketing materials. It’s our opinion that, while we can’t rule out them being real, the images are highly suspect. It’s also our opinion that this YouTuber’s interpretation of the suspect material is entirely off-base.

But while the images definitely deserve a hefty bit of skepticism, it’s not entirely impossible that they’re real. To us, these slides look like they could be for the Pixel 2 XL. Along with the lower case “p,” this suggests that this slide, if real, could simply be referring to the phone’s camera or even the screen.

This feels the most likely scenario if you ask me. It not only seems incredibly unlikely that Google somehow kept a third phone completely under wraps until just a week before its reveal, but we’ve also even known about three prototype device codenames since March, and have all but confirmed that one of them was shelved.

The video goes on to explain that the phone won’t be controlled by standard Android soft keys as we’ve seen for the past couple of years, but rather gestures like that of the iPhone X. While personally, I’m very much against that move, it lines up with one of the other bits of information in this video — “the future of Android is Fluid.”

This, obviously, could mean a lot of things, but if this leak is actually legitimate, it feels most likely that it would refer to software navigation.

The last important bit of information in this video relates to the fingerprint sensor. The materials mention a “new kind of fingerprint scanner.” The YouTuber speculates that this could be an under-display scanner, which also seems farfetched this side of 2018. Qualcomm has the technology, but it’s nowhere near ready for mass production.

Looking at the big picture, we think this could all just be a fabrication, and one of our sources at Google seems to be even more skeptical than us. But if it’s real, it seems pretty easy to attribute all of this to in-the-works marketing material for the Pixel 2 XL. Could Google describe the Pixel 2 XL’s screen as “Ultra pixel”? Sure. Could Google be planning to ditch software navigation in favor of a fluid UI? Sure.

Is this a third phone from Google set to take on the iPhone X? Almost certainly not.