A report earlier today suggested that Google shelved “muskie” — the presumed Pixel XL successor — in favor of a another rumored device codenamed “taimen.” After digging into the Android Issue Tracker, we now have reason to believe that LG might be the manufacturer of this larger phone.

Information regarding who is manufacturing “taimen” comes from the Android Issue Tracker. A bug entry from March by an LG employee notes of a “USB PD Compliance Failure.” In turn, a Googler replied asking for this previously “discussed” bug to be closed and move under:

From this hierarchy, we can see that LG Electronics is manufacturing a device refered to as Taimen. The Google employee likely wanted the bug entry, along with power report, moved from the public-facing Issue Tracker.

Back in March, the Android Open Source Project revealed “walleye” and “muskie” as possible codenames for the next Pixel and Pixel XL. Afterwards, Droid-Life suggested that Google was also working on a third device that would have a screen larger than muskie.

Just today, Android Police noted that development on muskie stopped. A tipster has since suggested to 9to5Google that the cancellation was likely due to the device not meeting expected battery life and other cost effectiveness goals.

It’s generally assumed that HTC would again be manufacturing — at least walleye, in light of today’s news —  this year’s Pixel devices. Back in April, it was rumored that Google was looking to make an investment in LG for flexible OLED displays for their next phone. 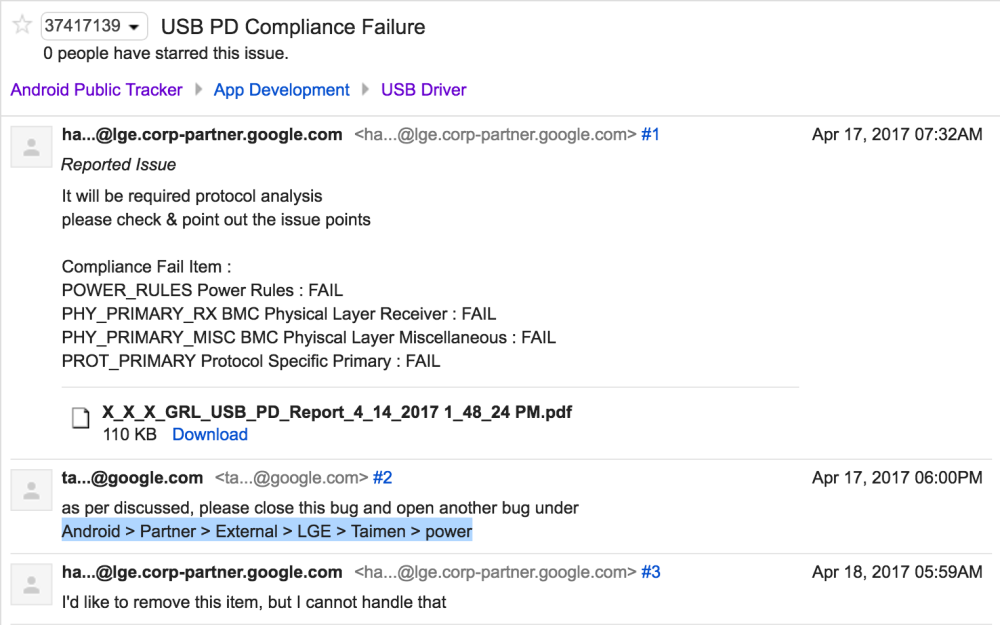