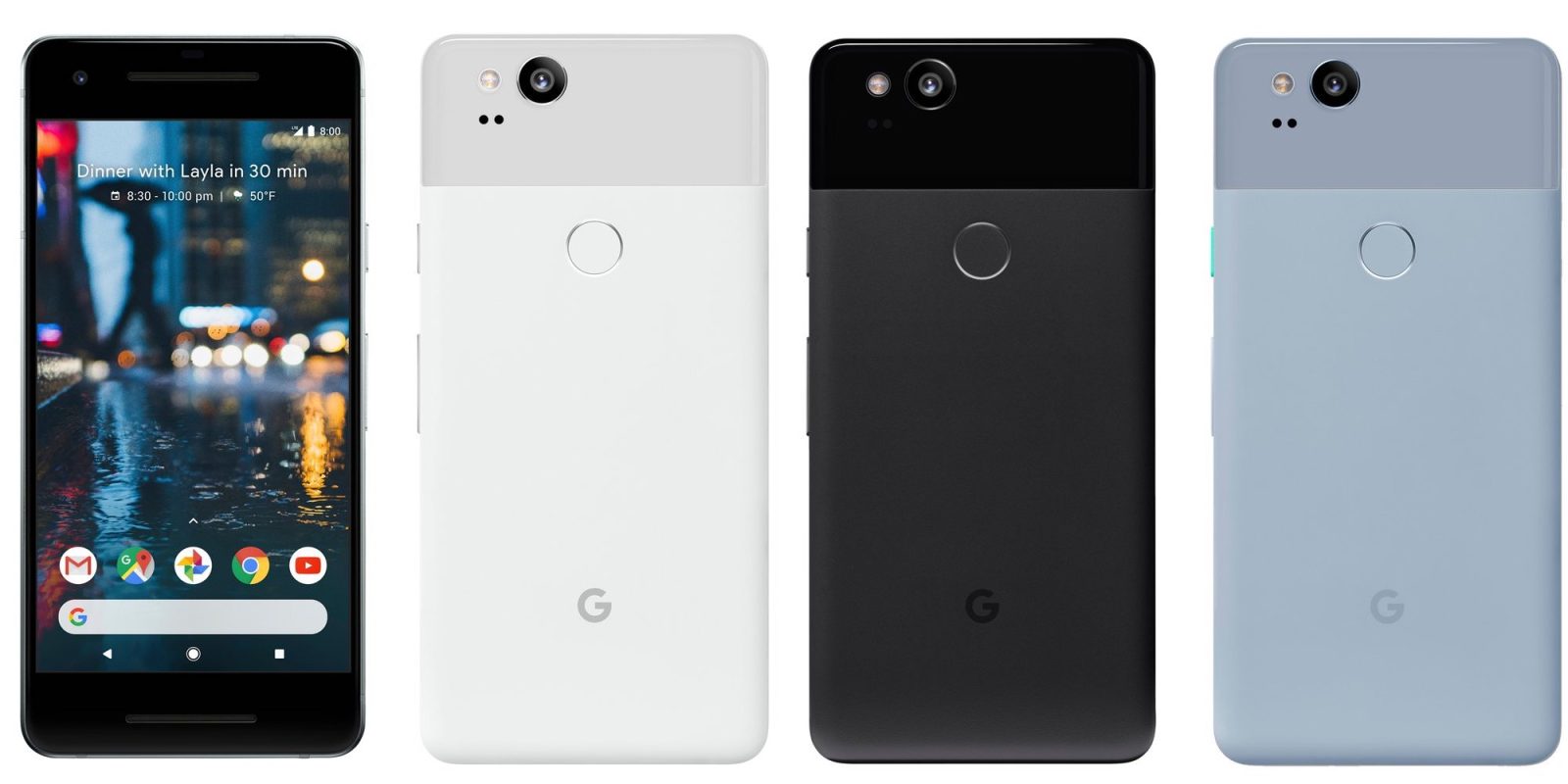 Following this morning’s leak of the Pixel 2 XL and a redesigned Pixel Launcher, new renders this afternoon show off both the smaller and larger device, as well as reiterates some specifications. The report additionally details “Google’s release plans” and point to a staggered release.

Complementing this morning’s leak of the Pixel 2 XL, Evan Blass at VentureBeat has posted more renders. They reaffirm last month’s low-resolution leaks of the Pixel 2 XL and show the black and white color variant with an orange power button. The leak also shows off the Pixel 2 in all three rear colors: black, white, and “Kinda Blue.”

Blass clarifies his previous tweet claiming that the Pixel 2 would launch with the Snapdragon 836 by specifying that the new Qualcomm chip was delayed. As a result, both the upcoming devices will run the Snapdragon 835 with 4GB of RAM. Storage has been upgraded from last year to start at 64GB with the same larger 128GB option also available.

Other specs reiterated in today’s report include the 5-inch 16:9 1080p display on the Pixel 2, while the LG-made Pixel 2 XL steps up to a 6-inch 18:9 QHD+ panel. As seen in the renders, both devices will have front-firing speakers, while Blass notes a 12-megapixel rear camera.

Be sure to follow 9to5Google this Wednesday as we report live from Google’s October 4th event.