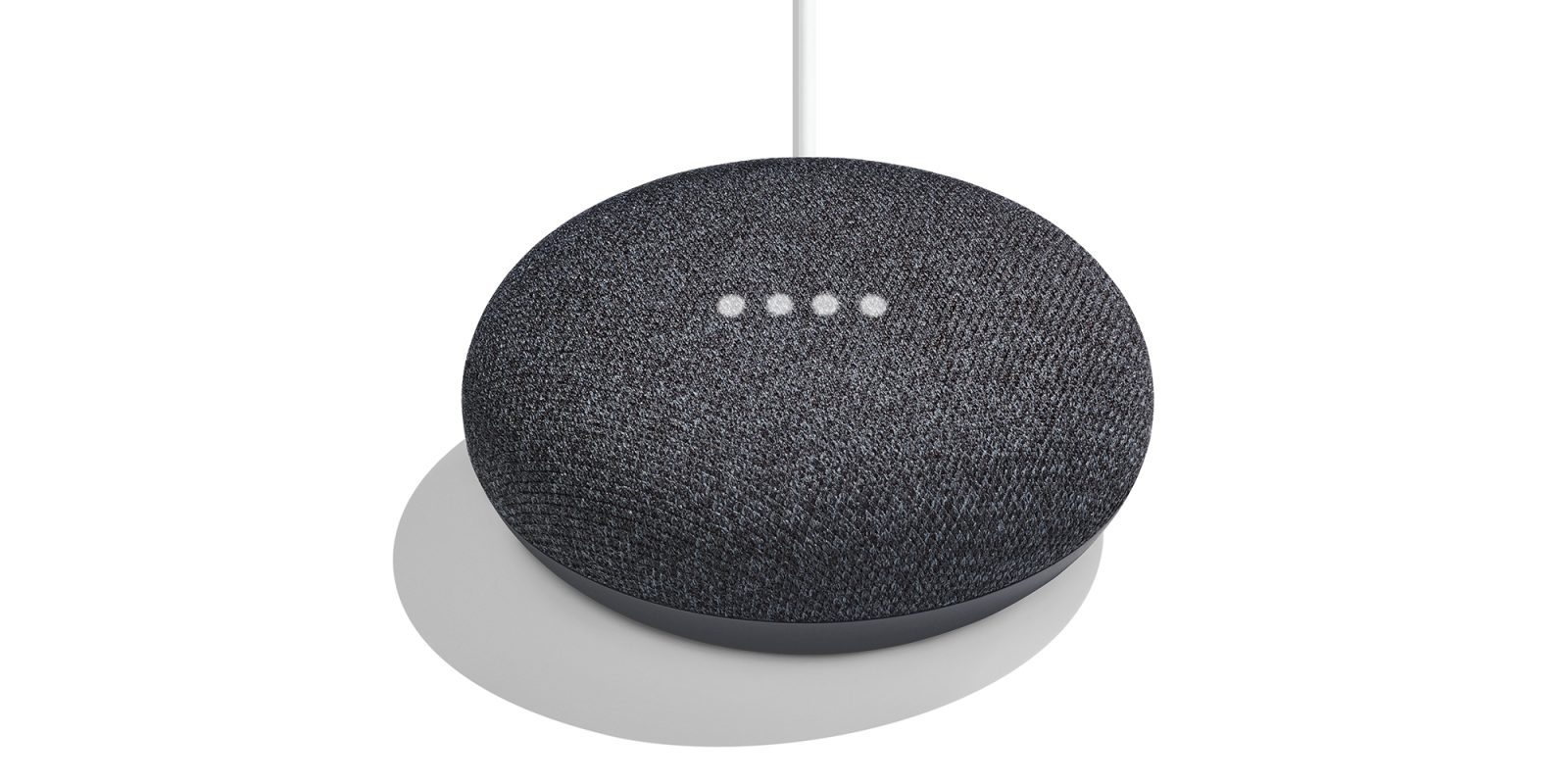 The Google Home has been due for an update given its original reveal over a year ago at I/O 2016 and that its main competitor has launched devices at every price range. Announced at the October 4th event this morning, the Google Home Mini brings all the same Assistant smart speaker features to a smaller and cheaper form factor.

The Mini drops the air-freshener look of the original for a flatter pebble-shaped design. A circular speaker cover slopes into a plastic base where a cable connects for power. Google custom-made the material for the cover.

In the center, there are four white lights that note when the Home Mini is listening or responding. Besides saying the “Ok, Google” hotword, users can tap on the Home Mini to issue a command. Google also retained the Home’s original button for disabling the microphone with a toggle next to the charging port.

Google touts the Home Mini as having a powerful speaker with “crisp” 360 degree sound. The Mini can also be connected to any Chromecast wireless speaker, but there is no 3.5mm jack like Amazon’s Echo Dot.

For customization, Google is again personalizing the fabric speaker cover, through they are not swappable on the Mini. Charcoal (black) and Coral (orange/pink) feature color matching fabrics and bottom bases, while Chalk consists of a white base and grey cover. Unfortunately, the power cables only come in white.

The Home Mini has all the same functionality as other speakers that feature the Google Assistant, including making phone calls, playing music, and controlling smart home gadgets. Other features include “Voice Match” for multi-user and “Broadcast” can send a message to all Google Home speakers in your home, like an intercom.

Meanwhile, new features for children are centered around Google’s “Family Link” service. First of, Google Assistant’s voice recognition is optimized for kids’ voices, while there are over 50 activities, like musical chairs, for kids.