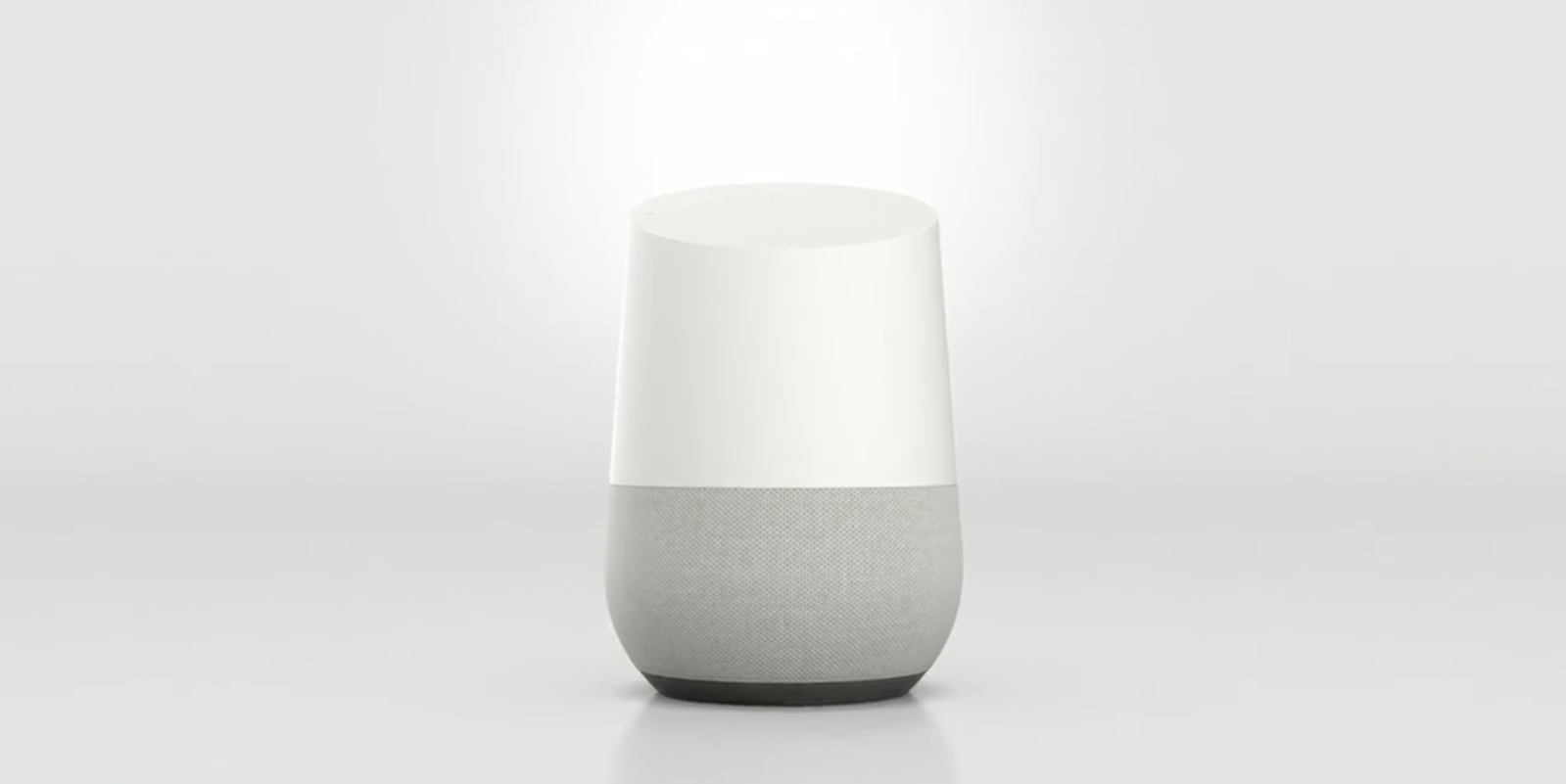 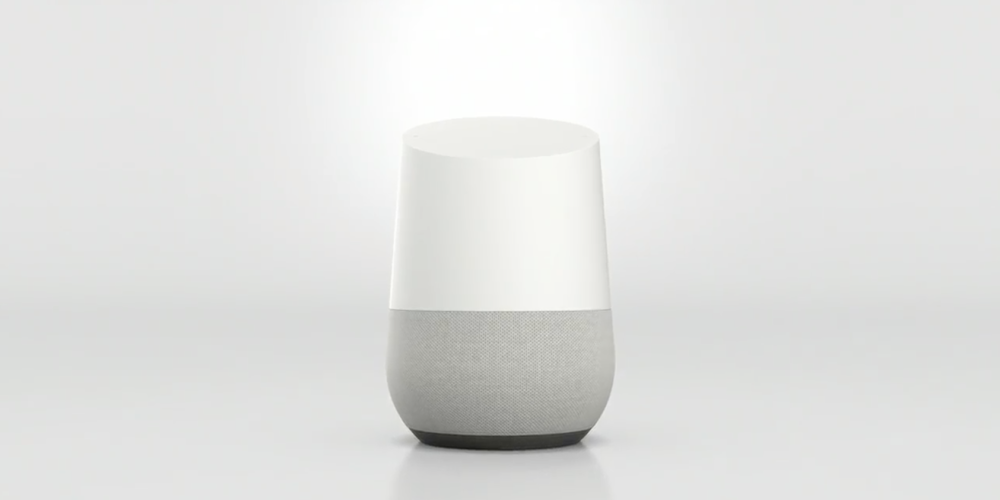 In a product announcement in which it gave credit to Amazon Alexa, Google today teased Google Home, a device which brings the newly announced Assistant in to the home. Design-wise, it looks very similar to the OnHub, and is customizable and incredibly versatile. “It will let anyone in the family, kids or adults, have a conversation with Google”…

Google Home is a Wi-Fi speaker with access to music directly in the cloud, and you can control it just by asking with your voice. What’s more, it has Google Cast support, so you can tell it to play a track in a specific room using your Chromecast Audio devices. Of course if  you have a Chromecast Audio in every room, you could just say “play [X] playlist in every room” and your favorite music is blasted in to every connected speaker in your home.

It can also control content on your screen using the Chromecast. As an example you could ask it to play a specific movie on your living room TV without having to pick up a phone to manually cast a film from Play Movies.

Just like Amazon’s Alexa, Google Home is a single device controlled completely by voice which connects with a number of services through your router, and uses Google’s powerful natural language recognition, Search and Now to manage calendars, schedules, music and more. So you could ask it for a rundown of that day’s schedule and calendar appointments before you leave the house. Or just ask it about the weather for the day. In fact, anything you can ask Google Assistant, you can ask Google Home and it’ll give you an audible answer.

Like the OnHub router you can customize the hardware, ordering it with different bases in any number of styles and colors. The top has a display of sorts with the traditional, Google-colored dots on the surface which animate to let you know when it’s working on something.

Google Home will be available later this year. Pricing and specific regions and dates have not been announced yet. The main reason for sharing so early in the year is to bring it in front of developers and help them to integrate Google Assistant compatibility with their products and apps. This means, hopefully, you’ll be able to access a number of third party products and services and interact with them just using the Google Home hub.

To stay up to date for all the latest news about Google Home, head on over to Home.Google.com and register.