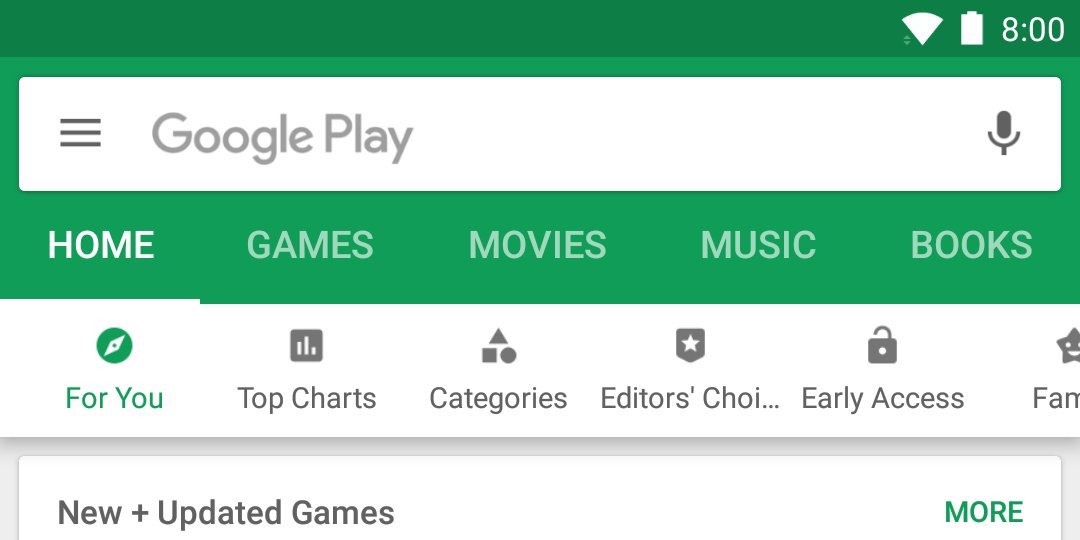 Several weeks ago, users spotted a new Google Play design on Android that featured a nested navigation bar just underneath the main tab of categories. That redesign — which goes against the Material guidelines — now appears to be more widely rolling out today.

A few weeks ago, Google Play split up the Store’s categories into their own individual high-level tabs. Now, underneath those tabs is a navigation bar that links to specific sections.

Compared to the current carousel of chips, this design features icons that are more friendly and might encourage users to tap through and explore.

Furthermore, unlike the chips, which adopted the color of whatever section they are in, the new navigation bar is persistent and remains as you click through. This should help remind users where they are in the app and quickly switch through sections.

The Home tab shows For You, Top Charts, Categories, Editors’ Choice, Early Access, and Family. The latter five already appear as chips in the current interface, but “For You” is new and highlights apps that Google thinks you might like or are interested in.

This new design essentially merges two carousels together. Notably, the interface does not respect Google’s Material Design guidelines that advise against nested tabs, as demonstrated by a mockup for a music app that shows two level of tabs rather than the lower one being a separate screen:

Do not include a set of tabbed content within a tab

In fairness, the Play Store’s take clearly uses two distinct tabs that have different coloring and likely won’t get confused with one another. 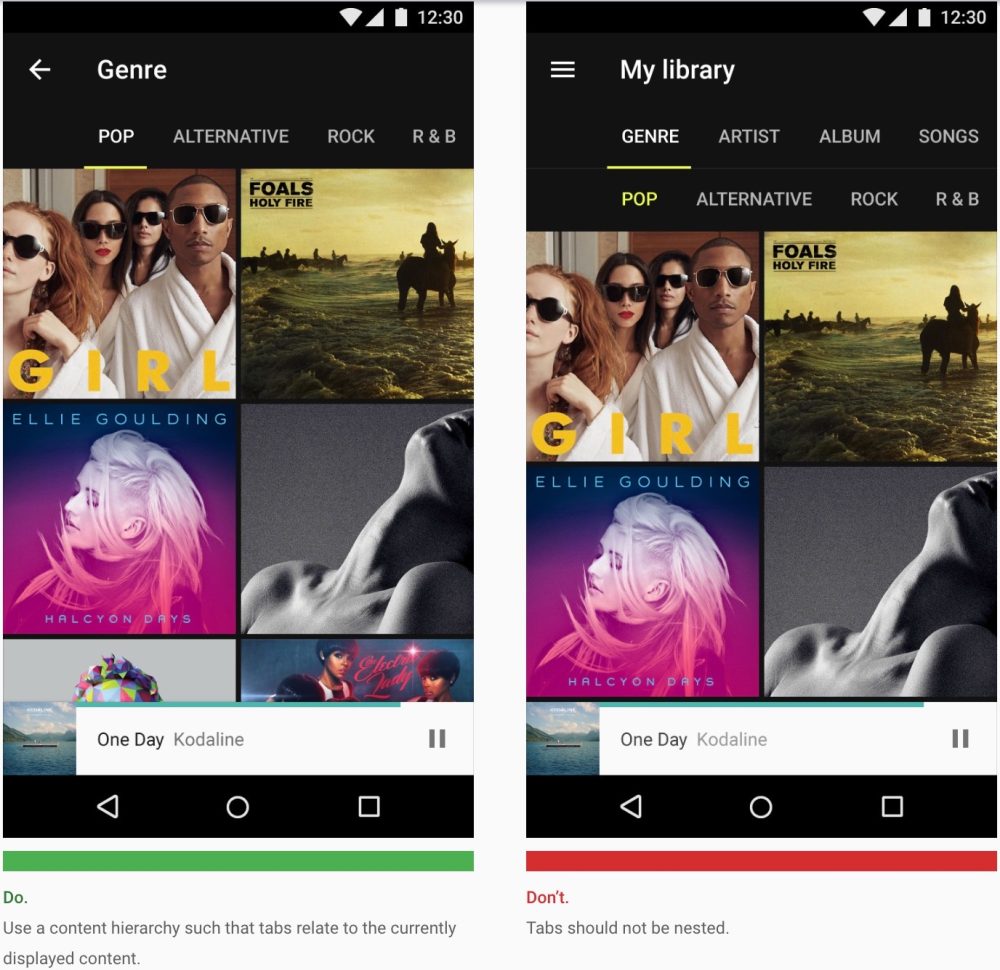