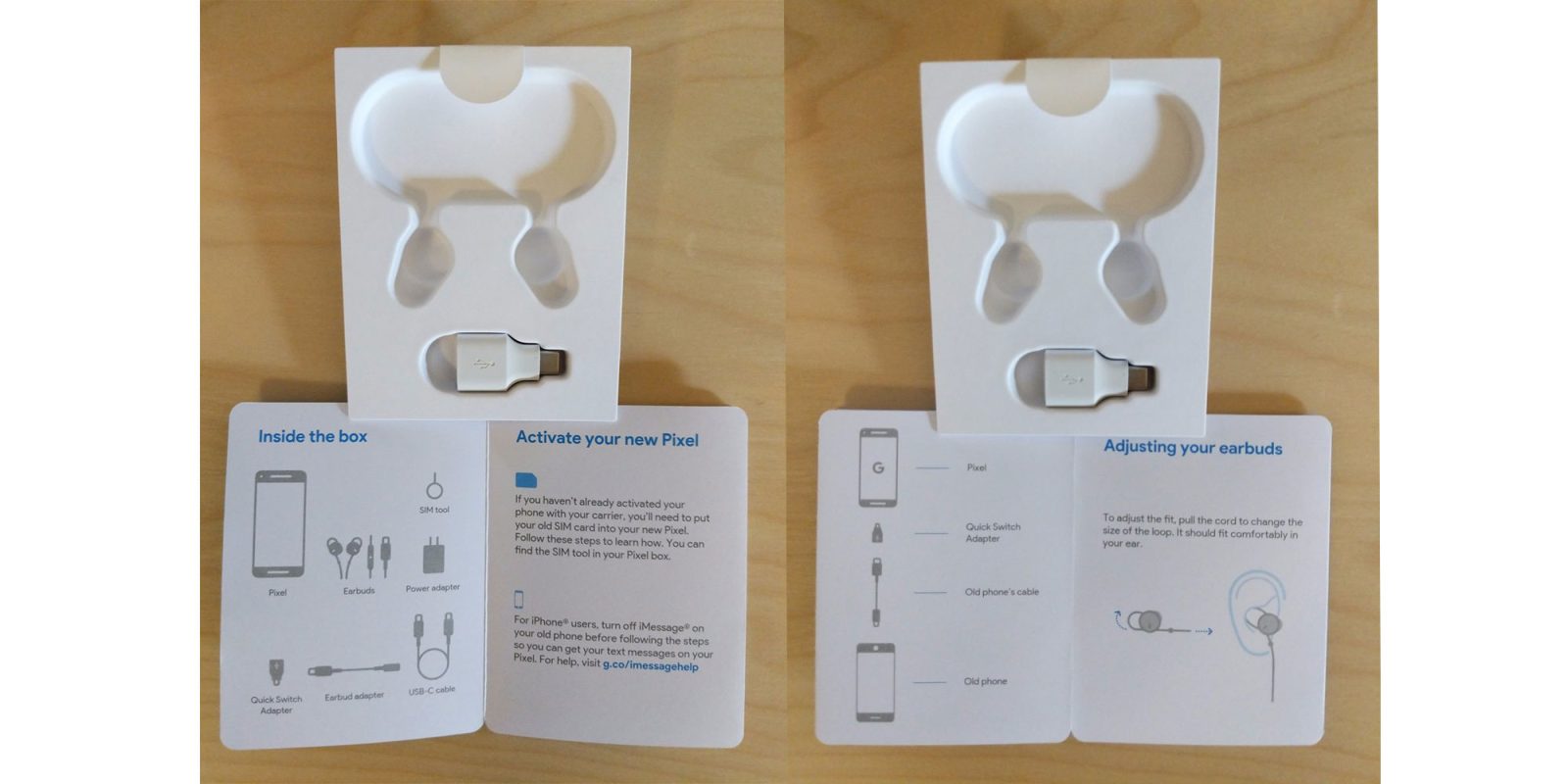 It was no secret going into Google’s October 4 event that the company planned to announce its second generation smartphones without headphones jacks. To not alienate owners who still preferred wired headphones, Google chose to include a USB-C to 3.5mm port dongle in the box.

According to one man who just bought his Pixel 2 from Verizon, it looks like Google had considered including wired headphones in the box…

The tweet, which was first spotted by Android Police, shows packaging and documentation that differs from what we saw in our retail units. Instead of just including the USB-A to USB-C Quick Switch Adaptor, the middle section found within the phone’s box also contained a cutout for a wired pair of headphones.

Looking at the included documentation, we can see that these wired headphones were meant to look almost identical to Google’s upcoming Pixel Buds. Instead of connecting to the Pixel 2 over Bluetooth, these would connect through the USB-C port, include in-line volume controls, and have the same adjustment loop that uses the headphone’s cable to create the best in-ear fit.

Lucas Everett, the individual who published these tweets, said that the Verizon employees that assisted him had never seen this type of packaging within any other Pixel 2 boxes. Additionally, as though confirming that this unit wasn’t supposed to be released to the public, Everett was missing the USB-C to headphone jack dongle that is supposed to come with the handset.

@madebygoogle My @verizon Pixel 2 included an empty place in box for earbuds, and they were mentioned in booklet. @AndroidPolice pic.twitter.com/9EcG7KXkBj