One of the cooler features announced at this year’s October 4th event was a broadcast feature that turned Google Home into an intercom-like system. Today, that feature is finally rolling out to Assistant devices, including phones and speakers.

Broadcast sends your voice to all other Assistant-enabled speakers in your home. Users can say “Ok Google, broadcast [x]” to either Assistant on their phone or another speaker and have that custom message parroted out.

Users do not always have to use the word “broadcast” to invoke the feature, with other options including shout, tell, and announced.

Google has customized certain activities like waking up, dinner, and bedtime with a “playful message” and sound. For instance, “Ok Google, broadcast it’s dinner time” will play a virtual dinner bell through your network of speakers, including the one used to send that message.

A help article notes that all Google Home devices must be signed onto the same Wi-Fi network and Google account. Meanwhile, devices should be updated to version 1.26.9393 and have Do Not Disturb off. Google does note that anyone, not just Voice Match users, can broadcast a message.

This useful feature is rolling today to the Assistant on phones and speakers set to the English language in the U.S., Australia, Canada and the U.K. More languages are coming soon. 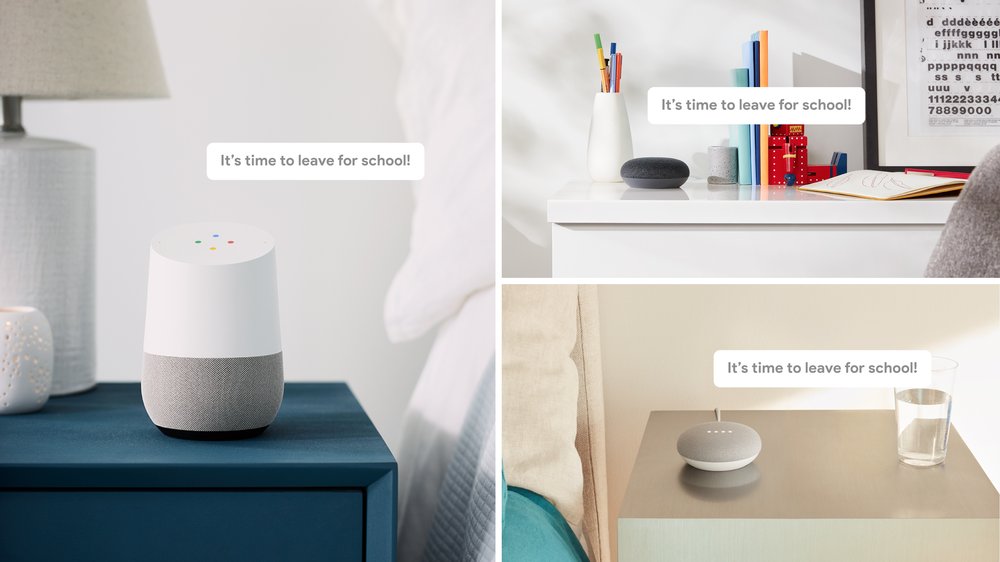