Besides addressing various bugs and issues, Android 8.1 adds a highly requested feature for Pixel 2 and Pixel 2 XL devices on AT&T. This update, which is rolling out now, adds HD Voice Calling support for customers on the network.

Today, Pixel 2 XL users on AT&T began receiving the Android 8.1 OTA after the initial rollout on Tuesday. The release notes for the update prominently cite the inclusion of “HD Voice Calling for AT&T users.”

After updating from Android 8.0, heading to Settings > Network & Internet > Mobile network displays a new option for Advanced Calling. After toggling, parties on compatible devices will get high-definition voice calls the allow for “simultaneous voice and data at 4G LTE speeds” when in an HD Voice coverage area.

Under-the-hood, Android 8.1 enables the Pixel Visual Core for third-party apps, while there is support for the new Neural networks API for hardware accelerating on-device machine learning.

Android 8.1 should be rolling out to all recent Pixel and Nexus devices in the coming weeks. 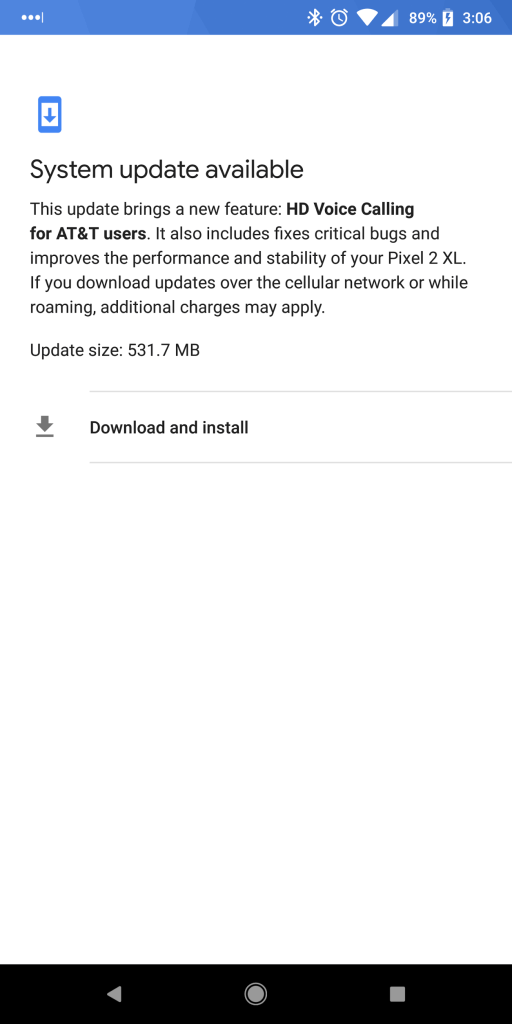