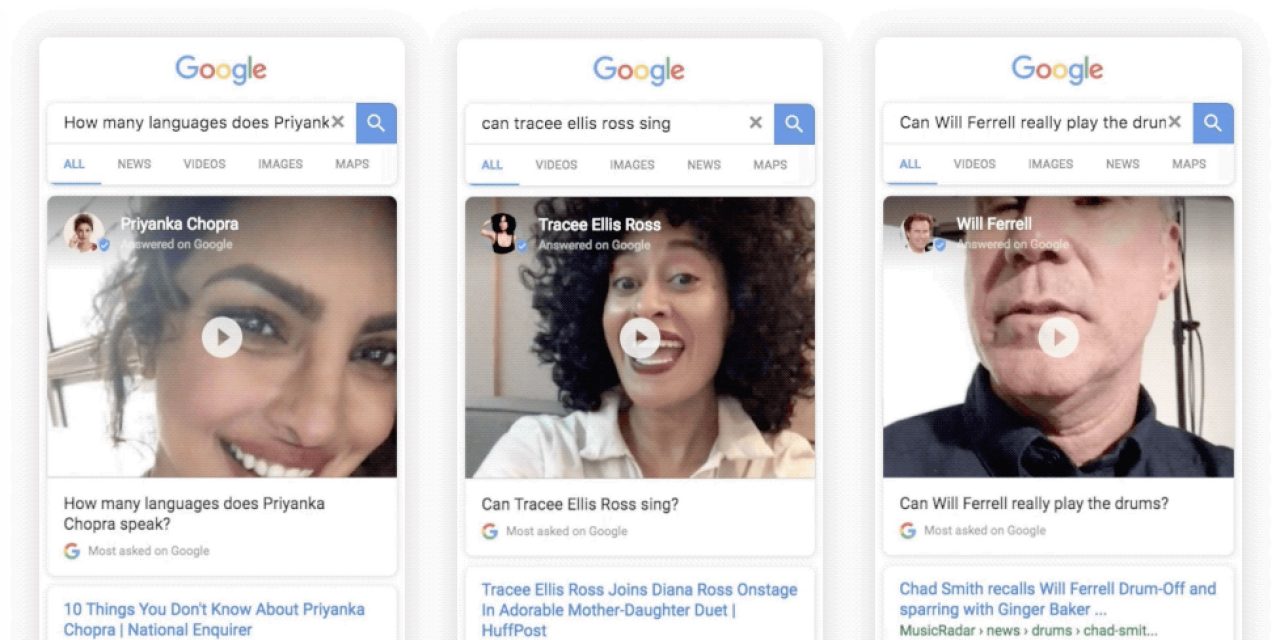 Earlier this week, Google announced that Featured Snippets in Search results would gain relevant images to aid in answering questions. Today, the search engine is going a step further by adding in-line video answers to certain questions. Specifically, queries about celebrities that have been answered by the stars themselves.

Questions like “How many languages does Priyanka Chopra speak?” or “Can Will Ferrell really play the drums?” now surface a video player as the top search result. Google considers these “selfie-style videos” as being “uniquely personal, authentic and delightful touch.”

In the top left corner, this card features the person’s name, avatar, and verifying check mark. This new category of results are called “Answered on Google” with the question listed below the video with an accompanying tag of the question’s category, including Most asked on Google, Trending, and Google Fan. In the past, Google has allowed brands and other personalities to post directly to Google but only with text entries.

Tapping the video launches a built-in player with a neat expanding animation that takes up the full screen on the mobile web. In the Google app, the new bottom bar remains. 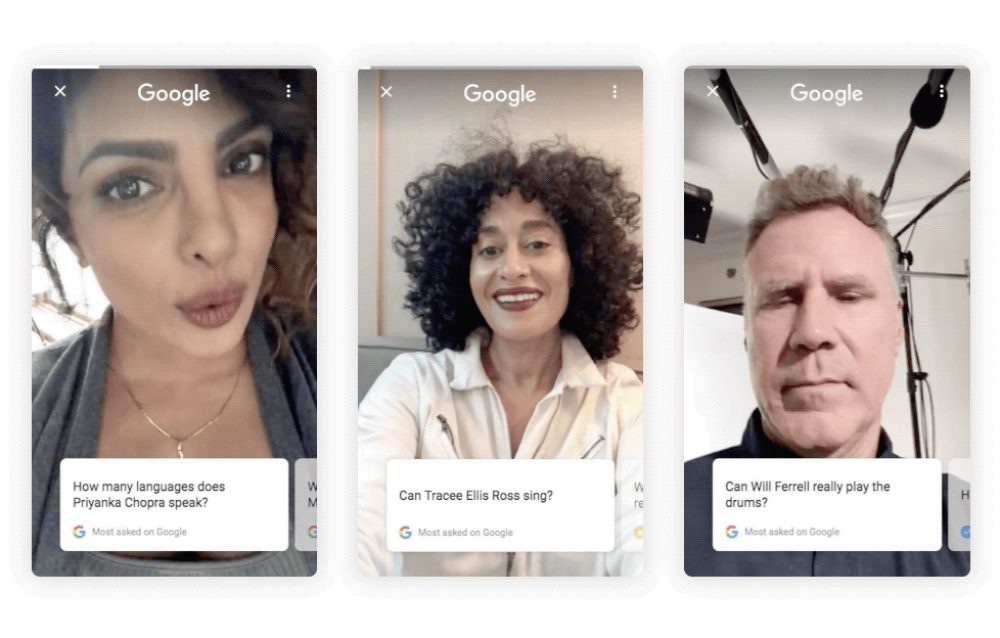 Progress is denoted by a bar at the top of the screen, with a close button, Google logo for clear branding, and overflow menu for leaving feedback. At the bottom, there is a carousel of cards that restates the question and can be swiped to see more answers from the same person.

The feature is currently being piloted with actors, athletes, and personalities, with more possibly being added in the future:

In the past, Google has offered up videos as the top result. However, even those from YouTube, would only feature a larger thumbnail that opens the video site when clicked on. This in-line video player — which is currently limited to the mobile apps and site — is a possibly major sea change in terms of searching and finding results on Google.

Google notes that these results are “coming directly from the source.” One could imagine, Google doing more video answers from authoritative sources and organizations for other factual searches.

Meanwhile, the company was rumored in October to be working with publishers on a Snapchat Discover and Stories competitor built-off Accelerated Mobile Pages called “Stamp” that would be available in Search.