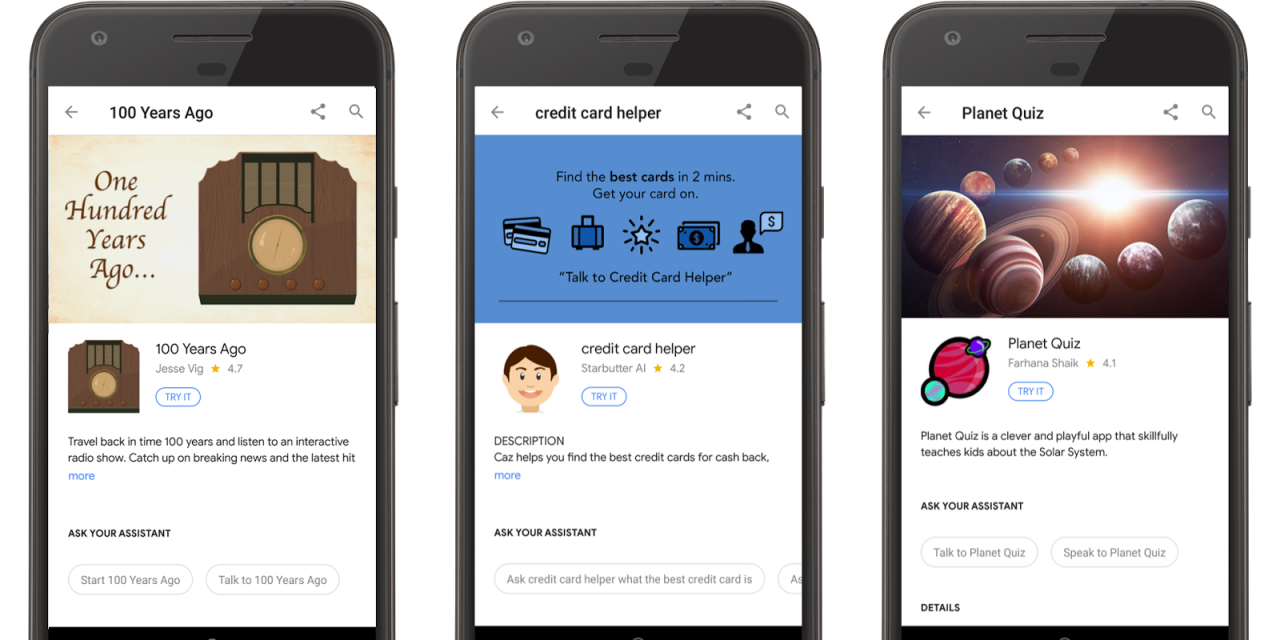 For many, the best use of Google Assistant on Android and Home is to control smart appliances, ask questions, and issue commands. However, the company has also been hard at work building an app ecosystem — just like the Play Store — through Actions on Google. At I/O 2017, Google announced a Developer Challenge and the winners are now in.

The focus of the Actions on Google Developer Challenge was to build entertaining and helpful apps for the Assistant. Awards included cash, a Googleplex visit, Home speakers, I/O 2018 attendance tickets, and of course recognition. There were thousands of entries, with the Google Assistant team sifting through to find the best ones.

Google also had other categories in this Developer Challenge, including the best apps by students and crowd favorites. Other fields were for best sound effects, persona, and voice only interaction.

There was also recognition for the best technical implementation of Converse.ai, Dialogflow, and DashBot. The latter two awards went to Credit Card Helper, while Bitcoin Prices nabbed the former.

Google Assistant’s ‘Explore’ directory was recently redesigned with subcategories and improved discovery, while adding features for developers like daily updates and speaker-to-phone transfers. Meanwhile, Actions on Google are expanding to more countries and languages around the world.