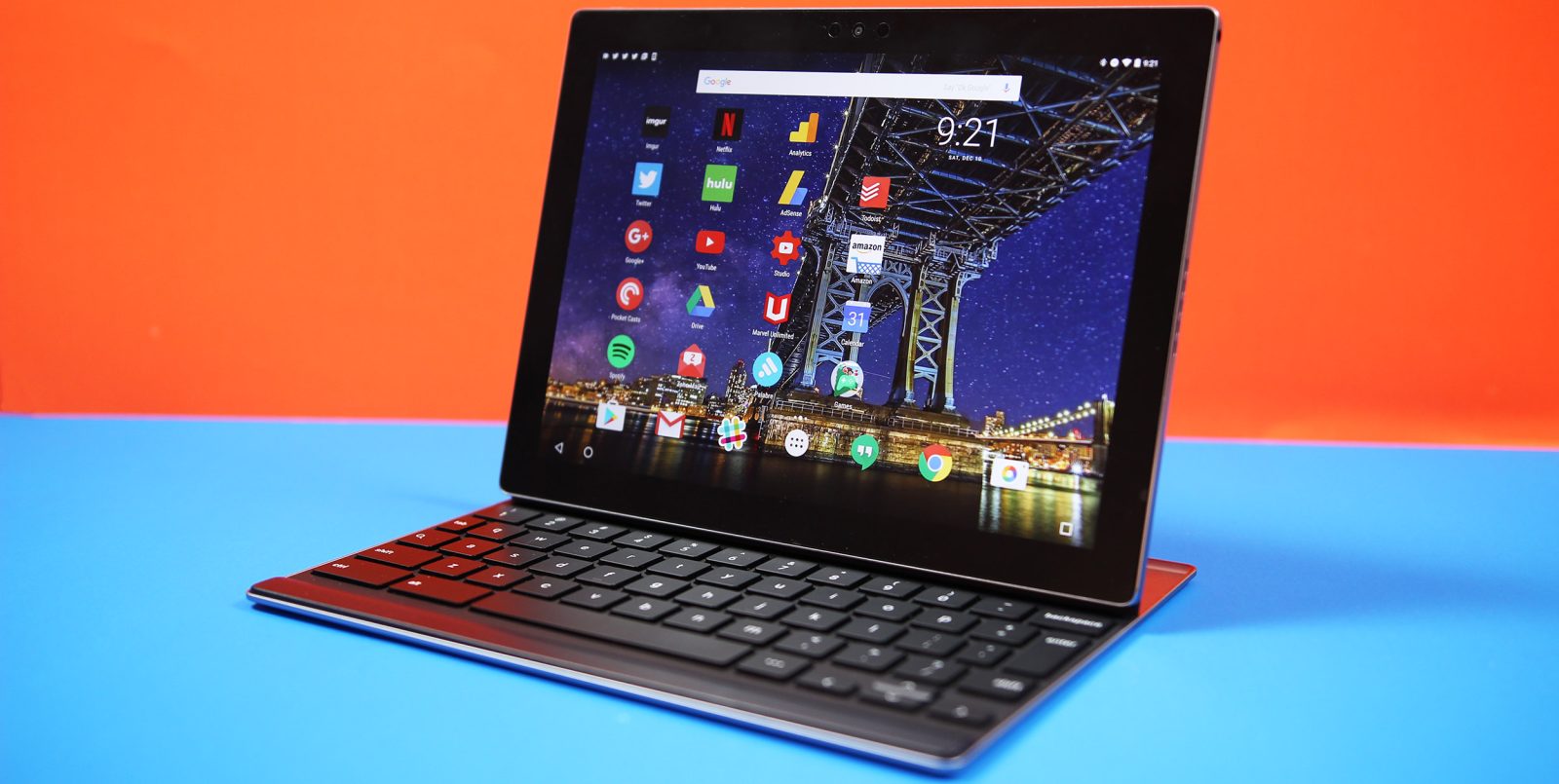 Tablets aren’t exactly a thriving breed; people who want a high-performance tablet for whatever reason are pretty much stuck at this point with choosing between one of Apple’s iPad models (and there are many) or a Samsung Galaxy Tab. But now that it’s discontinued, I think it’s time to a take a look once again at Google’s Pixel C tablet, which was announced way back in 2015… a time long, long ago… before Google (seemingly) gave up on the idea of a tablet running Android.

The Google Pixel C was one of only a few devices that were granted the Pixel name before it became the moniker of Google’s flagship smartphone line. At that point in time, the only context we had for the Pixel brand were a pair of Chromebooks, both of which were made in-house by Google, and brought specs and performance to Chrome OS that you couldn’t get on any third-party hardware. They weren’t huge sellers, but they demonstrated the potential of Google’s hardware engineering.

It makes sense that the Pixel C followed in that vein to some degree. This was a device Google claimed as its own, and it had a premium design, great specs, and all the benefits of running software that went entirely unmodified by any third-party OEMs. With the Pixel C, you got the Nexus phone experience in tablet form. That idea wasn’t new (Samsung did the Nexus 10, HTC did the Nexus 9, and ASUS did a pair of Nexus 7 tablets), but it was unique as one of Google’s earlier ventures into making its own hardware rather than relying on third-parties to do the dirty work. And like Google’s other early ventures, it was expensive.

For those that don’t remember, the Pixel C featured a 10.2-inch display which clocked in at 308 ppi and a max brightness of 500 nits. Pushing those pixels was an Tegra X1 processor and Maxwell-based GPU, as well as 3GB of RAM. The device ran what was then cutting-edge Android Marshmallow, and brought with it a still rare I/O interface: a USB Type-C connector. And Google tried to push it as a kind-of-convertible too, shipping an attachable keyboard accessory for an extra cost.

Its thin, tactile, round-rect, metal volume rocker can be found on the Pixel and Pixel 2

The hardware, in my opinion, was and is very nice. It had a very sturdy, thick, no-nonsense design made of aluminum, a big battery that lasted all day long without a problem, and it even had a physical light on the backside that could tell you the status of that battery with a tap. There were definitely some bezels around the display to give you some space to grip things, but the display itself was vibrant and bright. The cameras were nothing to brag about, but who cares — it’s a tablet.

That keyboard, though, was my favorite. All-in-all, it was just a phenomenal take on a tablet keyboard accessory. It had super-strong hinges and magnets, it charged wirelessly via the tablet’s battery, and its keys were tactile and easy to type on. I loved having a first-party accessory like this that looked nice and didn’t require some weird proprietary port. And it did a great job of protecting the display in a bag, to boot.

Even up to this week, I’ve occasionally pulled out my Pixel C just to use it. Even though the software is still not as good as it could be, I just enjoy the hardware that much. It feels like a lot of what inspired the design decisions that Google went with for Pixel and Pixel 2 started here. The round-rect speaker grills, for instance, remind me a lot of the speaker holes on the bottom of the Pixel. And its thin, tactile, round-rect, metal volume rocker can be found on the Pixel and Pixel 2 as well.

All of this added up to a tablet package that had a lot of promise if it were to be met with tablet software that made sense. But that’s where the positive side of the Pixel C story ends.

The problem was that Android on tablets just wasn’t very good. At launch, with Android Marshmallow, the Pixel C didn’t even have split screen capabilities. It didn’t have a high-quality first-party stylus accessory. Generally, the OS just didn’t feel very optimized, and switching between apps felt slow. Practically none of the apps in the Play Store were optimized to properly take advantage of the greater screen real estate — something that the iPad has had in the “advantages” column since day one. 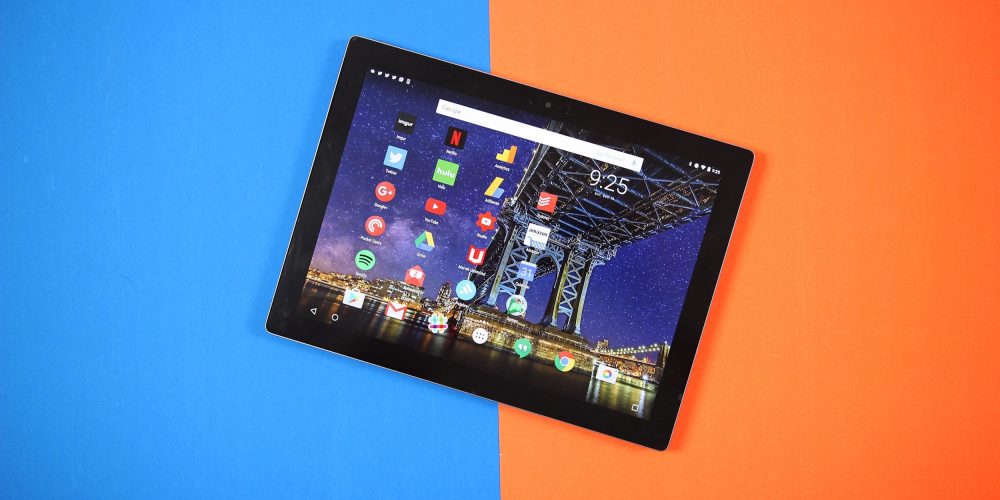 The software wasn’t all bad, though. Its NVIDIA processor ran tablet-optimized Android apps (the few that there were…) without much of a hiccup, it served as a great portal to watching Netflix shows on a plane, it was fun to play with full-screen tablet Android apps (you know, like drawing apps or games that are more fun on the big screen), and like I said, there wasn’t any unnecessary bloat.

Thanks to its software, what the Pixel C ended up being was a marginally improved Nexus 9 with a keyboard. The Nexus 9 — at least in my experience — was plagued with extensive performance problems and had shoddy build quality (remember the plastic back that could be pressed in with your finger?), two fallbacks among many that altogether turned me off from it. Performance was better but not that much better with the Pixel C at first (now, on Android Oreo, it’s far improved), but the hardware was definitely a huge step up. The keyboard, too, was a win.

It was already behind before it (didn’t) hit store shelves

But Google didn’t make many meaningful changes to the Android tablet experience between the Nexus 9 and the Pixel C. The problem here is highlighted by the the keyboard accessory that I mentioned earlier — which was so well executed and nice. With no split screen and slow multitasking, I couldn’t get into a workflow in which the keyboard actually became useful. To its credit, it did receive those things, but it was too late. For the first year at least, you could use the keyboard to type out an email, but all-in-all the OS and its apps weren’t good enough for any extended productivity. This meant attaching the keyboard to the back of the tablet (which is great!)… and forgetting its there.

Coming out at a time when Chrome OS was booming in popularity in schools (and even just as a simple OS for many people’s productivity needs), it just seemed like a missed opportunity that it was a “Pixel” running Android proper. Especially with the state that Android was in at that point with tablet productivity, I think it would have been a much more attractive product with Chrome OS. But that’s just not the direction Google went. It’s not the bet they took, unfortunately.

At the end of the day, the Pixel C was an iPad alternative built atop Android, with the seeming hope that Android proper was good enough and that its app ecosystem could improve to make it a good tablet experience. At the job of being a much better version of the Nexus 9, it did okay. But in the department of its software being good enough to adequately compete with the emerging convertibles from Microsoft and the iPad, it failed. It was already behind before it (didn’t) hit store shelves.

It didn’t help the Pixel C’s case that it was priced so high. Without a compelling reason to get the Pixel C over Apple’s many iPad offerings (which, I have to reiterate, had the big advantage of a huge library of tablet-optimized apps, and an accessory ecosystem), it was hard to make a case for any average consumer going with what felt like an in-house hardware experiment from Mountain View.

Oh, how the Pixelbook is different

It would only be a few more years before Google launched something much more compelling, though: the Pixelbook. Seeing as the Pixel C might have made more sense with Chrome OS (or, at least, the version of Chrome OS that we have today; it’s easy to forget that Android apps on Chrome OS weren’t a thing back then), it almost feels like the Pixelbook is Google’s second attempt at this product.

As we wrote in our review of the Pixelbook, the conclusion is indeed different. There are clear subsets of the population that buying an expensive Chromebook convertible actually makes sense:

If for some reason you were only willing to go with stock Android as your tablet operating system of choice, then the hardware engineering that Google did with the Pixel C was the best you could do — and it was good enough that I think I’ll put my Pixel C up on a shelf somewhere just to look good. It was just really nice hardware. Sadly, the software from the Android team just didn’t cut it.