This is Google Chrome’s built-in ad blocker and how it works, launching February 15

Google announced last year that Chrome would incorporate an ad blocker in order to improve the browsing experience on the web. Ahead of its launch tomorrow, the company has shared some of its technical details, as well as the UI ends users will see.

Ads will be blocked according to the Better Ads Standards established by an industry group that consists of major tech and advertising companies, as well as news publishers. Last year, the Coalition of Better Ads surveyed 40,000 users to rate the intrusiveness of common ad types.

Arriving at 12 annoying ad experiences, Google has been evaluating how well webpage comply with the Standards.

Sites are evaluated by examining a sample of pages from the site. Depending on how many violations of the Better Ads Standards are found, the site will be evaluated as having a status of Passing, Warning, or Failing. 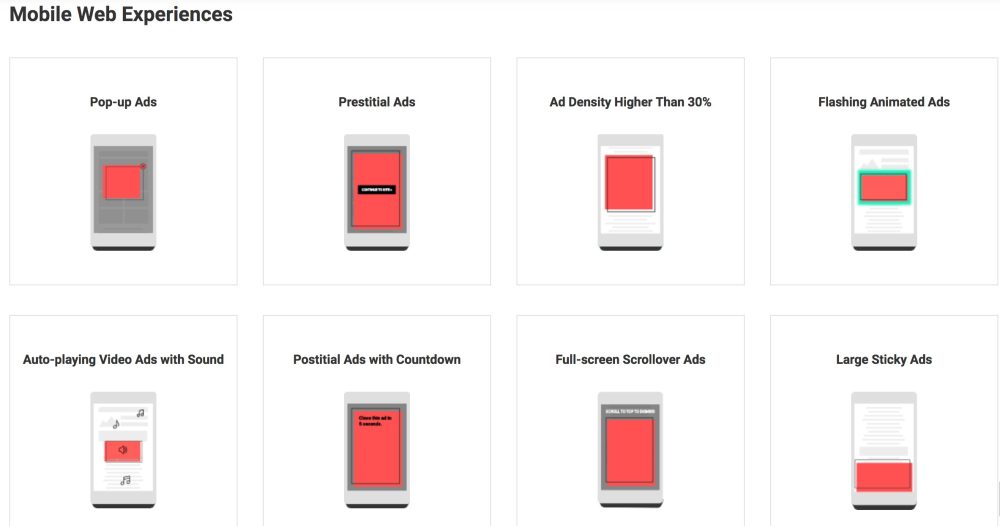 Site owners can access a detailed Ad Experience Report that lists specific violations from the Google Search Console and hopefully address issues. Google reports that, as of February 12, 42% of sites that were failing have resolved their issues and are now passing.

However, if not addressed within 30 days of notification, Chrome’s ad blocker comes into play.

At a technical level, when a Chrome user navigates to a page, Chrome’s ad filter first checks if that page belongs to a site that fails the Better Ads Standards. If so, network requests on the page — such as those for JavaScript or images — are checked against a list of known ad-related URL patterns. If there is a match, Chrome will block the request, preventing the ad from displaying on the page.

Google has repeatedly pointed out that the patterns are based on a public EasyList filter rules that include its own AdSense and DoubleClick ad platforms.

It’s important to note that some sites affected by this change may also contain Google ads. To us, your experience on the web is a higher priority than the money that these annoying ads may generate—even for us. 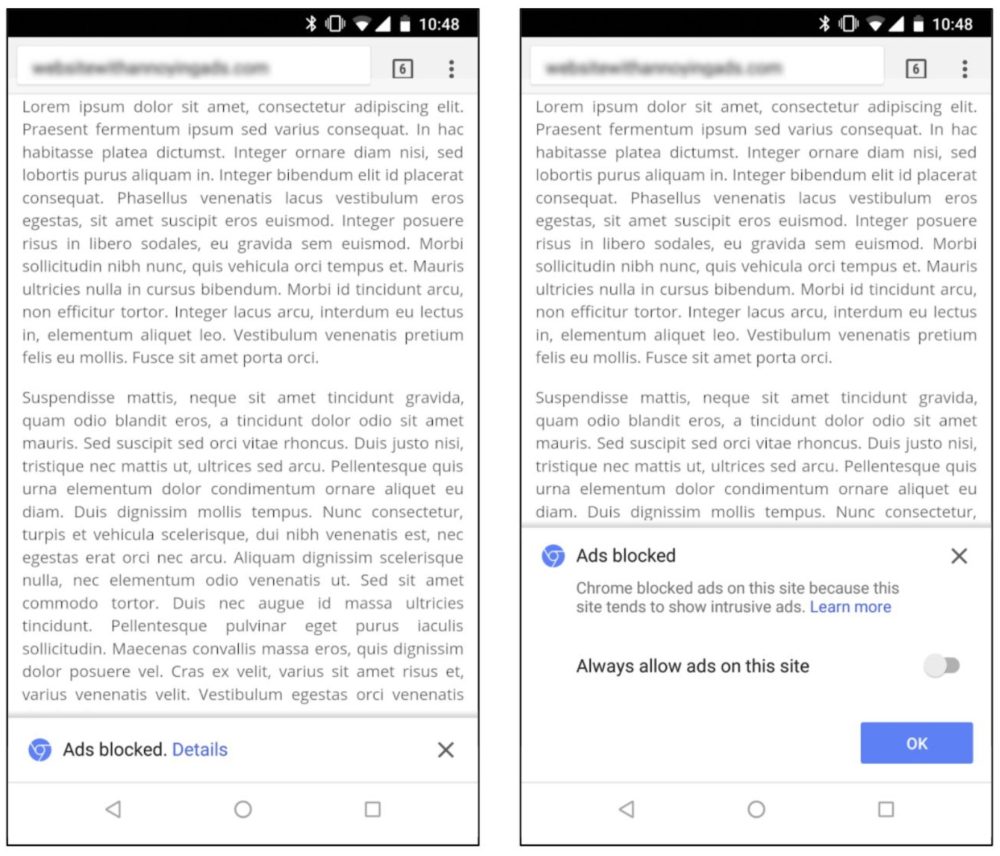 For end users on Android, Chrome will slide up an infobar from the bottom of the screen noting how ads were prevented from appearing after “at least one network request has been blocked.” From here, users will be able to override the default block for that particular site with a toggle. Meanwhile, on desktop, the interface is similar to Chrome’s existing pop-up blocker in the right side of the Omnibar.