Just ahead of MWC 2018, ZTE has today unveiled its latest Android smartphones. Included in that launch, we’ve got the new mid-range Blade V9 family, as well as the new Android Go-powered Tempo Go…

First, let’s talk about the Blade V9. Last year’s Blade V8 Pro was a pretty excellent phone at an affordable price point. With the Blade V9, ZTE is upping the value with a brand new design, updated specs, and Android Oreo out of the box.

The biggest improvements on the Blade V9 over predecessors come in the display and hardware. As with many phones nowadays, there’s an aluminum frame with a glass back to compliment it. The real highlight, though, is the 5.7-inch display which has an 18:9 aspect ratio. There are also dual-cameras on the rear with a special sensor dedicated to low-light.

The sleek and effortless design of the ZTE Blade V9 features an industry leading screen-to-body ratio of 83.6%, and provides a superior user experience that allows consumers to quickly and efficiently navigate with minimal reach. Furthermore, the dual camera low-light technology enables consumers to capture clear and stunning nighttime photographs and experience low-light photography like never before.

As for specs, we’re looking at Android Oreo with up to 4GB of RAM, up to 64GB of storage, and Qualcomm’s Snapdragon 450 processor. There’s a primary 16MP camera on the back with that 5MP low-light sensor alongside, and also an 8MP front-facing camera.

Further, ZTE is bringing a smaller version of this phone in the Blade V9 Vita. This device packs the same design as its larger brother, but with a smaller 5.45-inch 18:9 display, lower-end Snapdragon 435 processor, and only up to 3GB of RAM. The cameras also get a downgrade with a 13MP + 2MP rear setup, and 5MP front-facing shooter.

Currently, there’s no word on if either of these devices are coming to the United States, but it’s possible ZTE could bring them to carriers with design adjustments.

Finally, ZTE has today announced its first Android Go smartphone. The ZTE Tempo Go is arriving soon and will launch in the United States. The $79 phone is completely unimpressive in the spec department, but with Google’s Android Go optimizations, it’s honestly pretty good. 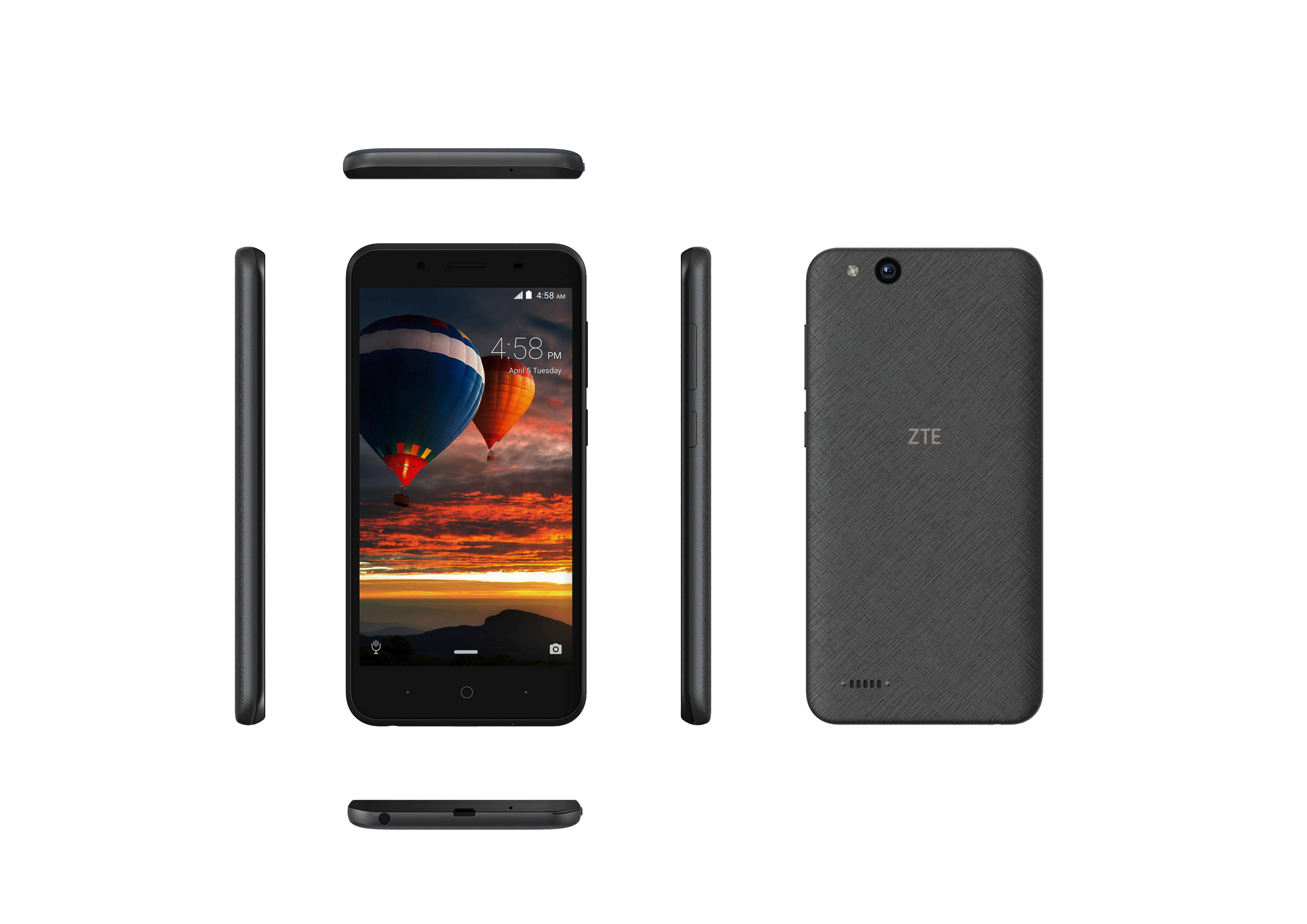 Under the hood, the Tempo Go packs a Snapdragon 210 processor, just 1GB of RAM, and only 8GB of storage. There’s also a 5-inch 854×480 display, 2,200 mAh battery, 5MP/2MP cameras, and GSM & CDMA compatibility. Paired with Android Go, however, it should be a decent experience. With those low-end specs, ZTE was able to drive the price down to just $79, which could possibly mean it’ll go even lower when it hits carriers.

Utilizing the Snapdragon 210 Mobile Platform and incorporating 8GB of storage, the ZTE Tempo Go takes full advantage of Android Oreo (Go edition) and its features. Along with additional available storage, better performance, data-saving capabilities, and more, consumers will now receive Google Assistant Go, enabling them to ask questions and receive help throughout the day. Further, with Android Oreo (Go edition), a custom version of Google Play will be integrated within, allowing users to download any app as well as highlight apps that are optimized for the ZTE Tempo Go.