Reaching a settlement with Uber earlier this month, Waymo’s latest technological milestone is driving 1 million miles in under 3 months for a grand total of 5 million. Meanwhile, the Alphabet division has released a 360 degree video that shows what its vehicles are seeing in real-time.

Waymo hit its last million mile mark last November in under 6 months. The latest milestone impressively cuts that time required in half. For comparison, the first million miles took 6 years to complete.

We’ve now test driven in 25 U.S. cities, gaining experience in different weather conditions and terrains: from the snowy streets of Michigan, to the steep hills of San Francisco, to the desert conditions of Greater Phoenix. 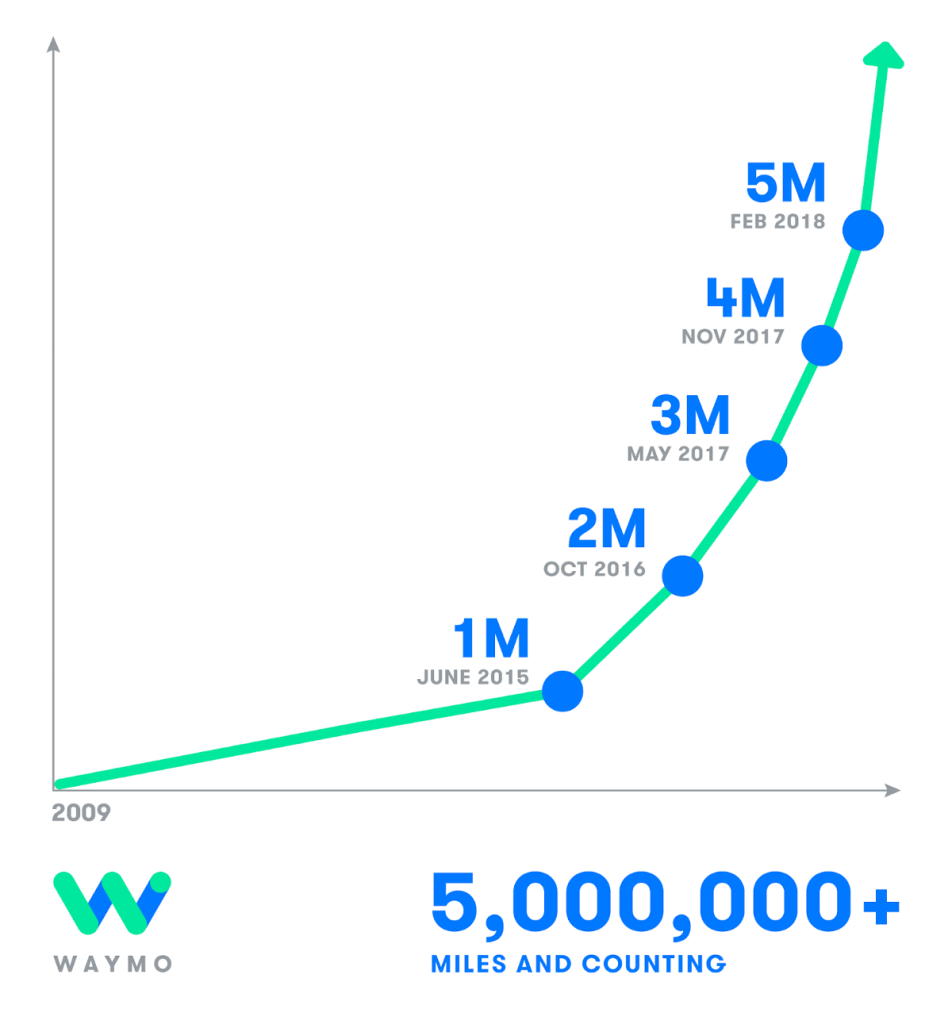 To mark this accomplishment, and amidst a public ad campaign, the company has released the Waymo 360° experience. It’s an immersive video available on YouTube that shows what a car is seeing and how it is leveraging the various sensors.

This experience combines footage and real-time data from a trip around Metro Phoenix, Arizona in one of our Chrysler Pacifica hybrid minivans. It puts you at the very heart of the technology, letting you see through the “eyes” of our state-of-the-art sensors, including LiDAR, radar, and cameras. It brings to life how Waymo sees the world around it, recognizes objects like cars and pedestrians, predicts what those things will do, and then plans a safe path ahead.