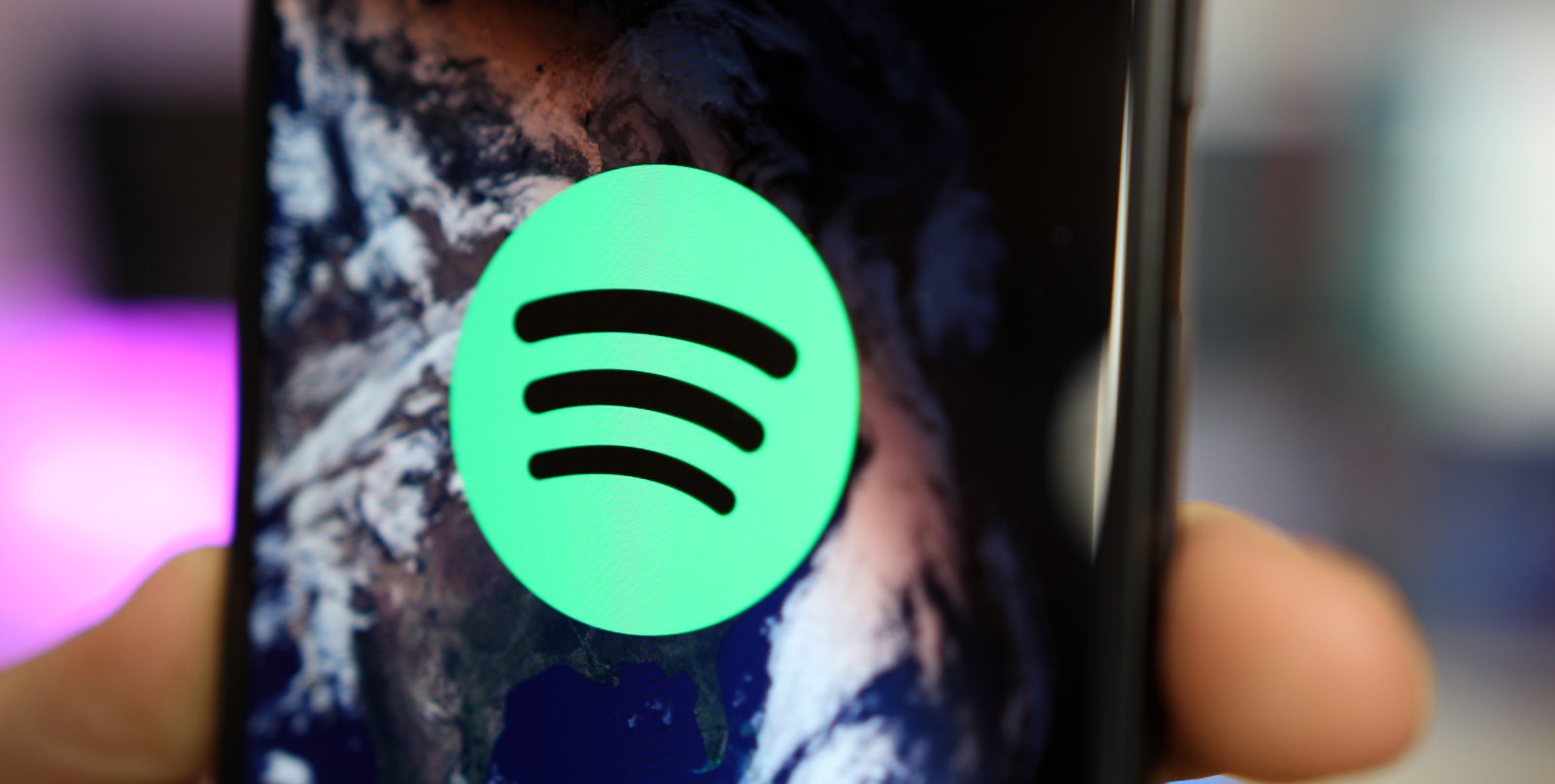 Android users have long sideloaded APKs for various reasons, including the ill-advised reason of bypassing paywalls and other in-app purchases. Spotify is now cracking down on users who have installed a modified version of its app to get the music streaming service’s premium features for free…

As first reported by TorrentFreak, Spotify is currently emailing customers who it detected using hacked/modified APKs to use its premium features. As noted by TF, Spotify did something similar right after its IPO went, in which it sent DMCA takedown requests to Github for hosting several of these modified APKs.

Spotify is suggesting that those who are using modified apps that have been disabled merely uninstall them and download the proper application from the Play Store.

So if you’re someone who has been using Spotify’s premium features by installing a modified APK, it might be time to stop. As you can see from the email below, Spotify isn’t deactivating accounts if it detects abnormal activity, but if it continues, you might just get banned from using the music streaming service.

In case you were wondering, Spotify premium is $9.99 a month after a 30-day trial or $15 a month for a six-person family plan. Additionally, if you’re a student, you can get the ad-free music experience for $4.99 a month which comes with Hulu’s limited-commercial plan for free. 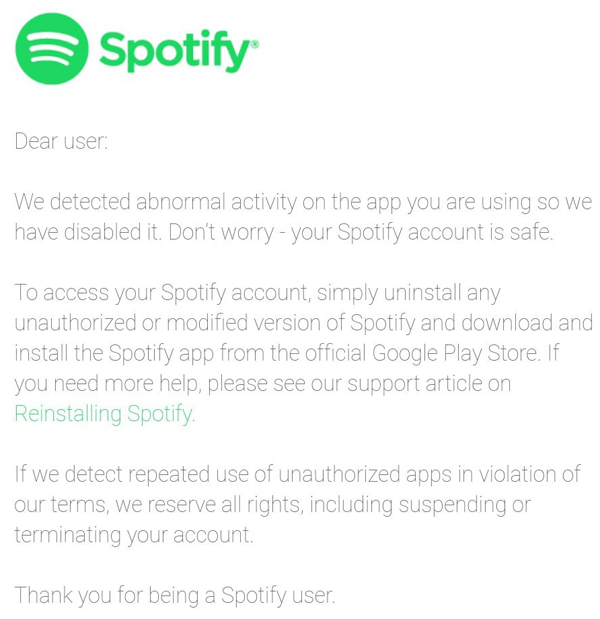