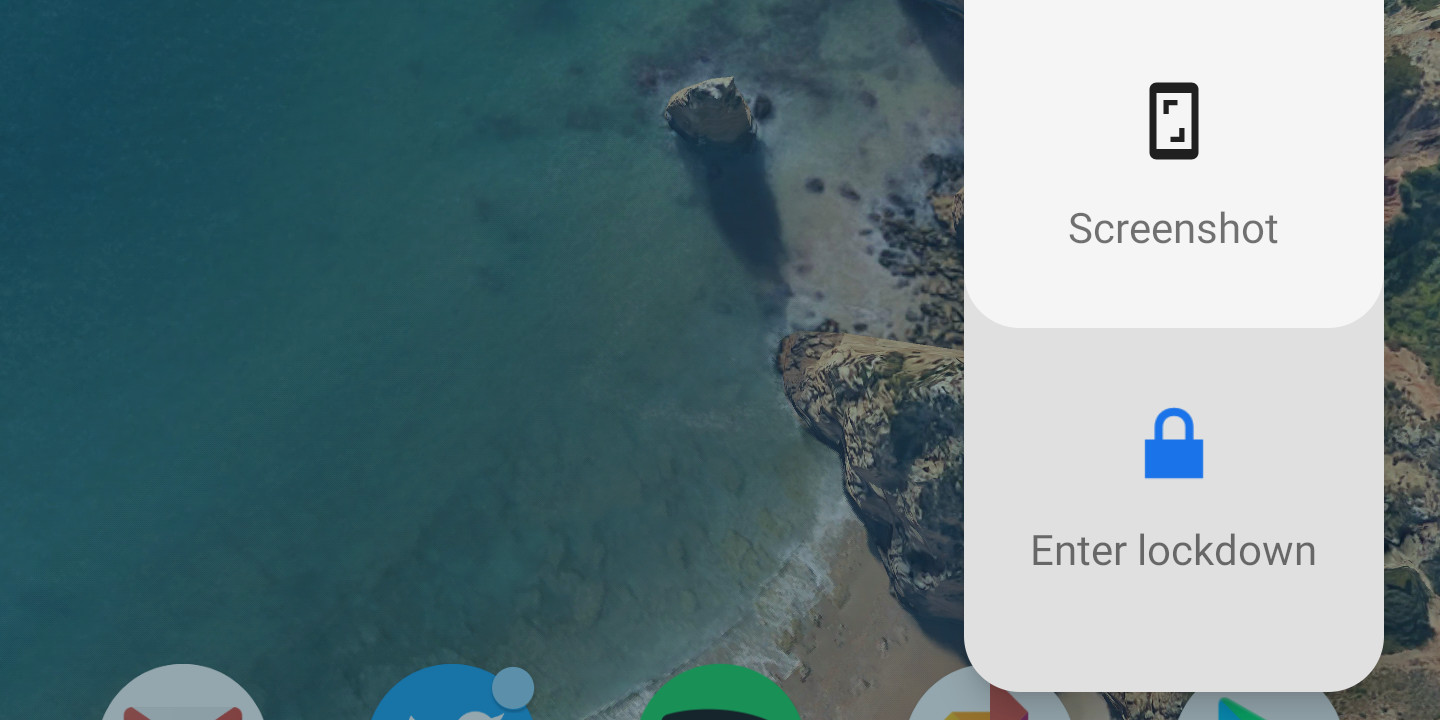 Over the years, Android has added many ways to make it easier to securely unlock your phone. However, some argue that these features allow intruders easier access into your device. With Android P, Google is taking a step in the opposite direction by introducing an interesting countermeasure.

Android P’s first preview seems full of little surprises, tucked away in the Settings app. This one is an unexpected but much needed turn from Android’s previous direction. Under ‘Lock screen preferences’ lies a new option: ‘Show lockdown option’.

Once enabled, your revamped power menu will have a fourth choice, (in addition to the new Screenshot button): ‘Enter lockdown’.

Currently describing itself as disabling “extended access and fingerprint unlocking”, it’s hard to be sure exactly what is meant. It seems like if selected, your phone will lock and disable all alternative unlock methods like fingerprint, trusted voice, etc, and only unlock via code or pattern. At this time, ‘Enter lockdown’ is not a toggle, and must be reactivated after every unlock, though that may change between now and release.

Apple’s iOS has a similar feature, which disables all form of biometric authentication and requires a passcode, also requiring reactivation after each unlock. This could potentially be what Google is going for. In some countries, it is legal for law enforcement to force you to unlock your device via biometrics, and adding this feature could potentially thwart that.

This feature is certainly directed at the security-conscious, but could also have uses for the average user. Any time you need to surrender your phone, even for innocuous things like an escape room game, it would be wise to activate lockdown. Or maybe just to keep from accidentally unlocking your phone when talking to your Google Home.

We’re still digging into Android P to find everything that’s new. If you want to get hands-on, check out tutorial detailing how to install it.

Ben Schoon contributed to this story.