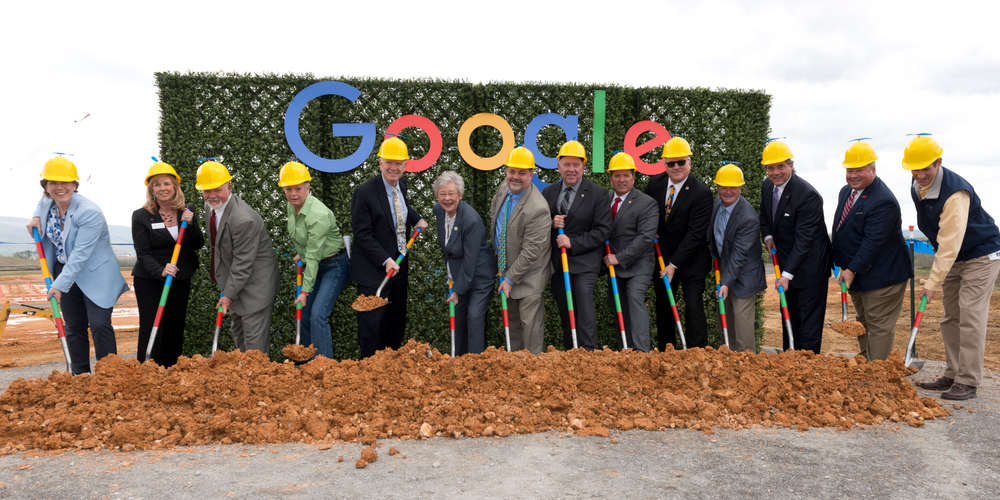 Just last week, Google announced that it purchased enough renewable energy in 2017 to match global usage from its data center and offices. Today, it is purchasing a significant amount of solar power for its Georgia cloud facility, while also breaking ground on a new site in Alabama.

Google announced in February that it was opening or expanding offices and data centers in 14 U.S. states. The company today broke ground on its new data center in Jackson County, Alabama. This $600 million investment by Google will see as many as 100 high-skilled jobs to the community.

Google will also work with the Tennessee Valley Authority to find new wind and solar projects that help contribute to the company’s goal of purchasing 100% renewable energy for operations worldwide.

In a related vein today, Google announced a partnership with the state of Georgia and its largest utility. The state has approved a new program that allows companies such as Walmart, Target, and Johnson & Johnson, to buy renewable energy directly from Georgia Power.

This program, the first of its kind in Georgia, greenlights the construction of two solar energy projects with a total capacity of 177MW. When these new projects become operational in 2019 and 2020, participating customers like us will be able to substitute a portion of our electricity bill with a fixed price matched to the production of renewable energy generated.

Google will procure 78.8 megawatts (MW) of solar energy for its data center in Douglas County, Georgia as part of efforts to leverage renewable energy in every market it operates in.

We collaborated for over two years to help build this program, which passes the costs directly to corporate buyers, while adding more low-cost, renewable electricity to the state’s energy mix. This arrangement, and others like it throughout the country, help companies and utilities meet their renewable energy goals.