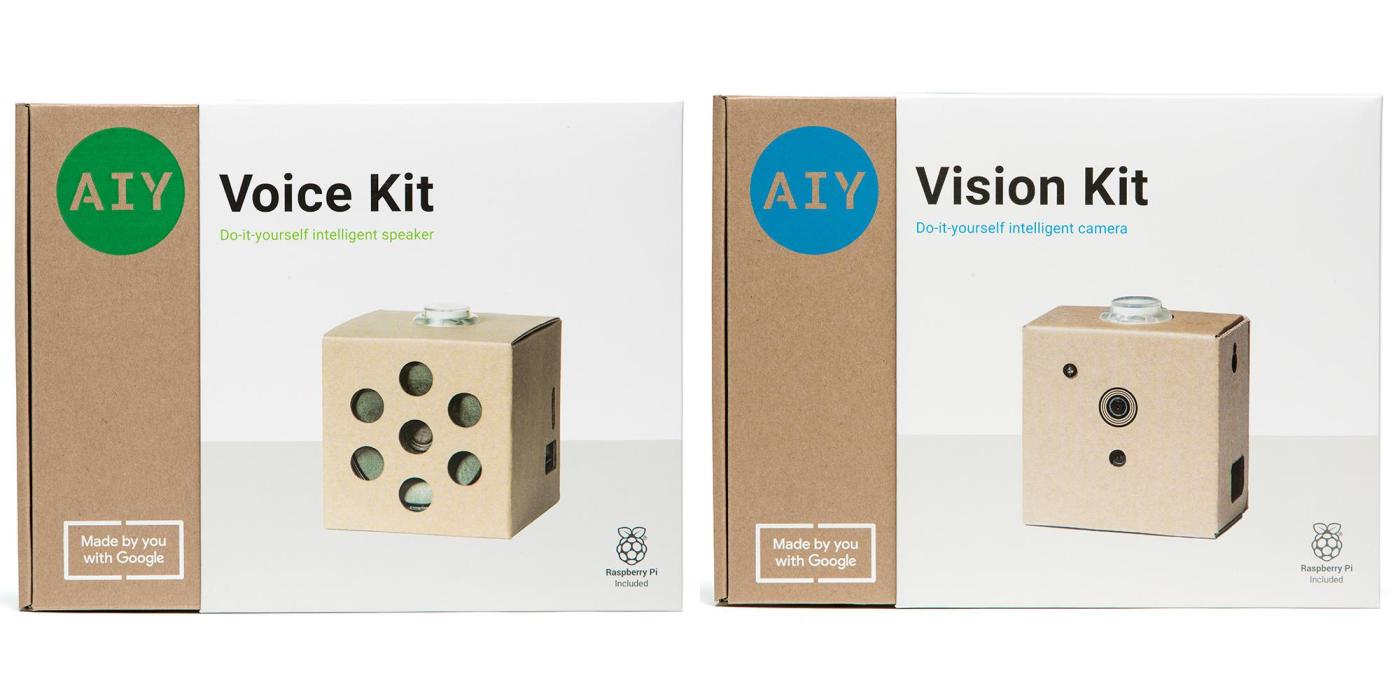 Launched last year, Google’s AIY Projects are simple hardware kits for building AI-powered devices like an Assistant speaker and a camera with image recognition capabilities. With a clear use case in schools and STEM, Google is releasing updated 2018 kits that are easier to assemble and more widely available.

Since launching in 2017, Google notes that they’ve seen “continued demand” for the Voice and Vision Kits “especially from the STEM audience where parents and teachers alike have found the products to be great tools for the classroom.”

We’re taking the first of many steps to help educators integrate AIY into STEM lesson plans and help prepare students for the challenges of the future by launching a new version of our AIY kits.

With “Made by you with Google” branding on the slick packaging, the AIY Voice Kit v2 includes a new Raspberry Pi Zero WH, USB connector cables, and a pre-provisioned SD card. Google notes that the latter aspect should speed up the setup process as users no longer have to download the software image from the web.

As we covered this morning, Google also released a companion app for Android that aids in wireless setup and configuration, with iOS and Chrome versions coming soon. Other improvements as part of this education-focussed initiative include improved documentation and a collection of neural networks designed to work with AIY kits.

However, the biggest change that should help with adoption is selling them at U.S. Target Stores and Target.com. The Voice Kit costs $49.99 and the Vision Kit is $89.99 with some retail locations already having them in stock. Full availability is expected this month as the Google works towards a global launch.