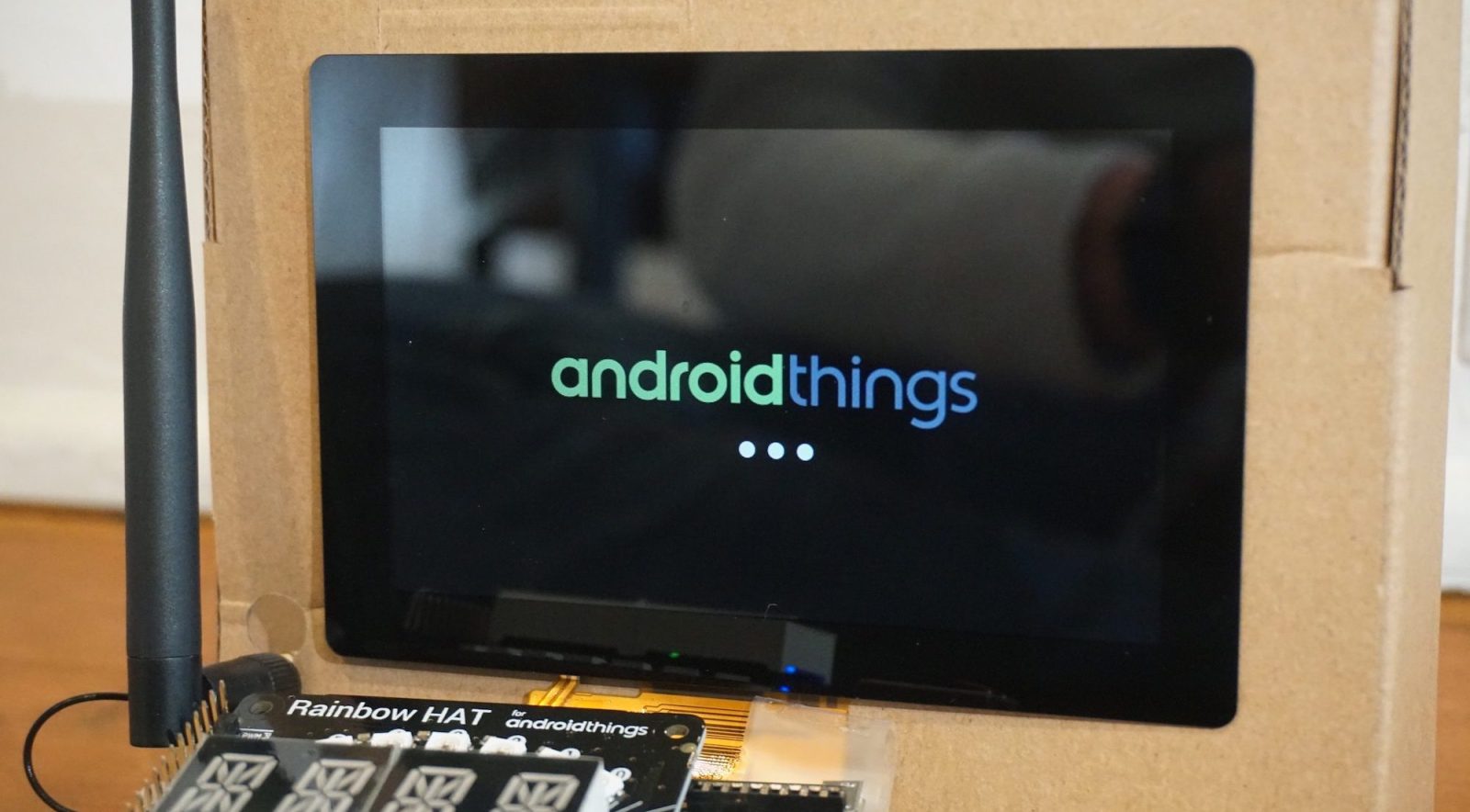 Google announced on Monday that Android Things is finally ready for production, and to back that up they’re sending all Google I/O attendees home with a nifty dev kit to get started. Google also sent the press home with the same kit for us to check out and tinker with, and tinker we did. We put it together, booted it up, and took some shots so you can see everything in the box…

So what’s in the box? Basically, everything you need to create a very low-powered Android Things smart display. There’s the 1GHz NXP i.MX7 Dual processor, packing a a NXP PF3000 PMIC, 512 MB of RAM, and 4GB of storage. And yes, it has a display! It’s a small 5-inch touch panel (nothing really special about it), and it works pretty well. There’s also a camera module, and a WiFi antenna included in the box.

There’s also a nice Rainbow HAT for experimenting with seven multicolor LEDs, four alphanumeric displays, three capacitive touch buttons, a temperature and pressure sensor, and a piezo buzzer. You can put everything together with the included hardware, and there’s even a USB-C cable included (it’s the same as the one that ships with the Google Pixel).

Here’s the full unboxing experience. It’s remarkably friendly and whimsical for a developer kit, with boxes within the box that explain all the components and what they’re for.

There’s easy access to a website that walks you through setup, but honestly you probably don’t even need it. Assembling the kit is as simple as popping out the cardboard, putting it together, popping in the display, WiFi, and camera modules, and connecting everything with the included ribbon cables. From there, you just plug in the USB-C cable into the wall and you’ll soon be presented with an Android Things boot logo.

It’s just a really cool kit, and it reminds me of some of the other cardboard-based products we’ve seen in the consumer market lately — like the Nintendo Labo play set for the Switch. Check out the gallery:

If you’re not at I/O and want a kit, you’ll have to pick one up from Technexion for $200. Google isn’t selling the kit directly, although the link to Technexion is included on Google’s developers site, so it seems to be a source that Google is officially endorsing and not just a third-party reseller.