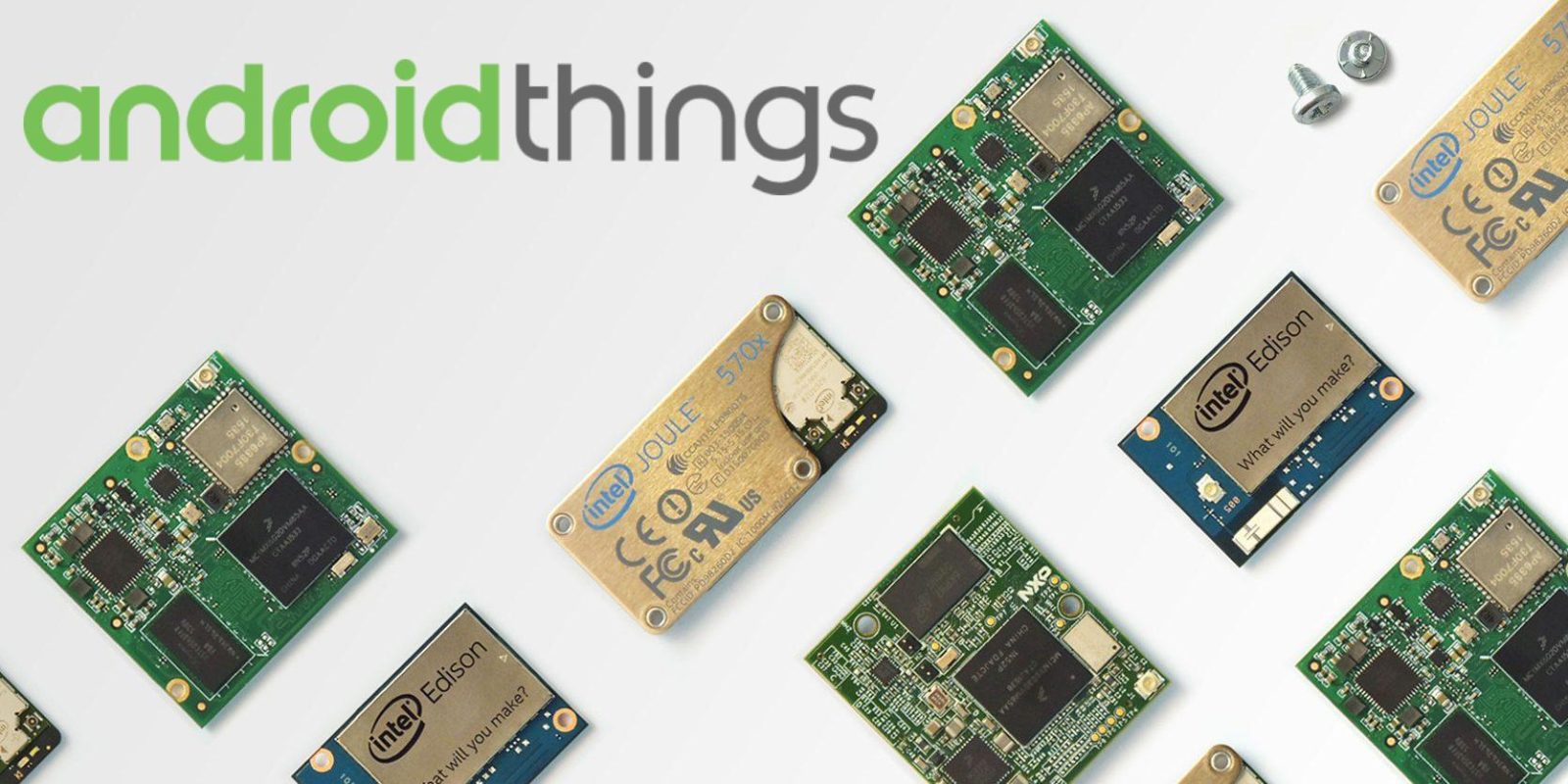 Android Things is an operating system for smart devices that leverages the vast existing pool of developers already versed in Android. Beginning with version 1.0 today, Google is handling the “heavy lifting” of maintaining an IoT platform so that developers can just focus on products.

Before the first developer preview in late 2016, Google’s Internet-of-Things OS was originally called Brillo. The new name arrived with a focus on allowing Android developers to use current skills to create consumer, retail, and industrial devices.

This includes being able to take advantage of existing Android development tools, Google APIs, and resources without needing prior knowledge on designing embedded systems. Google offers certified hardware and automatic OTA updates that contribute towards rapid prototyping and scaling to production hardware, as well as security and stability.

Over the nearly 17 month preview, Android Things gained support for on-device machine learning through TensorFlow, the Assistant SDK, Oreo, and chipsets with 4G LTE connectivity. Google notes 100,000 SDK downloads and that over 10,000 developers provided feedback during the development period.

As part of today’s launch, Google is adding support for new System-on-Modules (SoMs) based on the NXP i.MX8M, Qualcomm SDA212, Qualcomm SDA624, and MediaTek MT8516.

These modules are certified for production use with guaranteed long-term support for three years, making it easier to bring prototypes to market. Development hardware and reference designs for these SoMs will be available in the coming months.

Since CES, Google has been working with partners on Android Things devices that showcase Assistant and Cast integration. Smart speakers include units from LG and iHome, as well as smart displays by Lenovo, LG, and JBL. Meanwhile, startups are also using the new OS for commercial hardware and different use cases.

Google notes that these consumer devices are launching now with more arriving throughout the summer.