In April, Motorola announced the first devices in its 2018 lineup with the Moto G6 and E5. Recent weeks have seen a number of leaks about the Moto Z3 Play and today a new report reveals that the Lenovo-owned company is possibly planning an entirely new device and lineup.

For the past several generations, Motorola has consistently iterated on the Moto E, G, and Z lines, while last year saw the return of the Moto X. However, earlier rumors have already pegged that the next device in that lineup has been canceled.

According to Android Headlines today, the company is working on a device called the “Motorola One Power.” Thanks to a leaked image, this device picks up where the X4 left off by being an Android One device as the logo on the rear suggests.

Beyond the overt “One” branding in the phone’s name, what’s notable is how this is not another “Moto” phone. The G6 and E5 this year already printed the “Motorola” workmark directly on the device, but the official names retained the shortened branding. It appears from the one image released today that the company is shifting to new lineups. Additionally, “Power” suggests more variants are on the way. 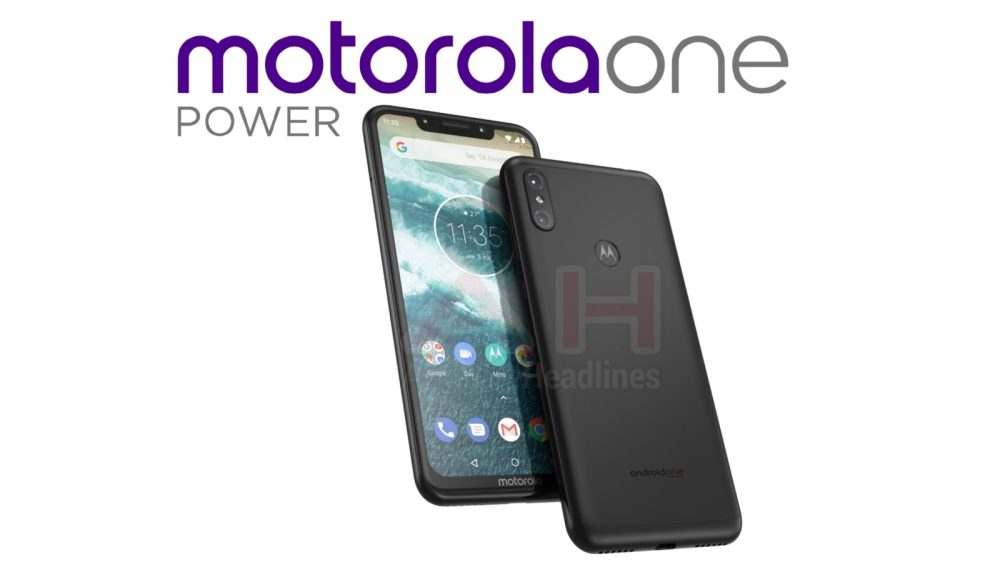 Meanwhile, the design also appears to be a departure from Motorola’s existing devices. The phone looks a lot like the iPhone X with curved edges and a flat back compared to the usual sloping rear that results in a nice hand feel.

The camera stack is no longer circular and centered, but rather vertical on the left-hand edge. There are two lenses with a flash in the middle, while there appears to be a fingerprint sensor that features the “M batwing” logo.

Up front is a rather wide notch with a speaker grill at center and at least two circular holes beside it. Given the presence of the cutout, the time is moved to the left, much like on Android P. Meanwhile, the display features rounded corners with two grills for possible bottom-firing speakers flanking the USB-C port.

There are no accompanying hardware specs, but today’s report notes that a US launch is expected for this device. However, it’s not clear when the Motorola One Power will be announced or available.