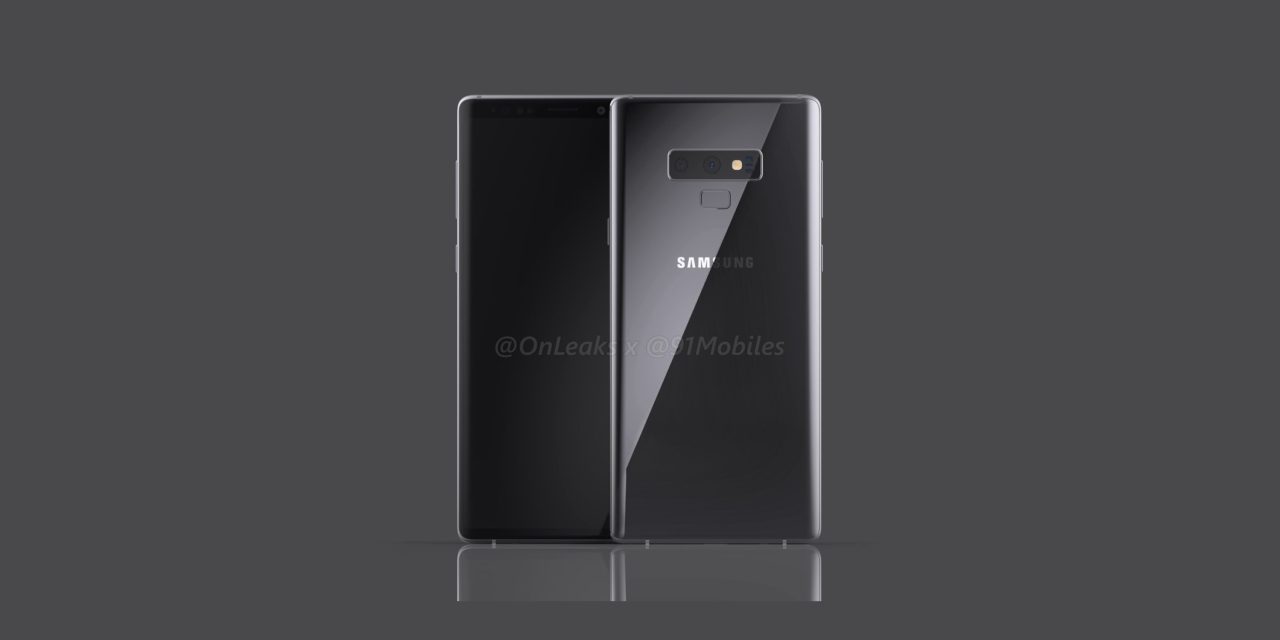 When the Galaxy S9 and S9+ came out earlier this year, many were upset that it looked almost identical to last year’s models. Well, according to several renders, the Galaxy Note 9 will look nearly the same as the Note 8, albeit with a fingerprint sensor now placed below the dual-camera setup.

These renders come from a collaboration between 91Mobile and Onleaks who has a proven track record of correctly leaking phone renders. As you can see from the photos and video below, those renders of the Galaxy Note 9 don’t really impress if you were looking forward to a refreshed design.

The one significant change to the Galaxy S9’s design was the fact that Samsung moved the fingerprint sensor below the camera(s). This same change looks to be coming to the Note 9. Other than that, there’s the standard USB-C and headphone ports at the bottom of the phone alongside the S Pen, a physical Bixby button under the volume rocker, and not much else to see. Internally, the Note 9 is expected to have slightly improved specs compared to the Note 8 and refined cameras.

While they weren’t able to confirm any specs that we’ve seen leaked, 91Mobile/Onleaks were able to provide the Note 9’s believed dimensions:

We’ve also got the dimensions of the Galaxy Note 9, which measures 161.9 x 76.3mm. However, the handset might be thicker than the Note 8 with a waistline of 8.8mm (vs 8.6mm on the predecessor). The screen size of the flagship will also remain roughly the same, at around 6.3-inches.

As these are still early renders, the design might be tweaked slightly, but the overall look of the phone will likely remain the same. We should know more about the Galaxy Note 9 soon as it’s rumored that Samsung will unveil the phone in early August. What do you think about ? Let us know in the comment section below.