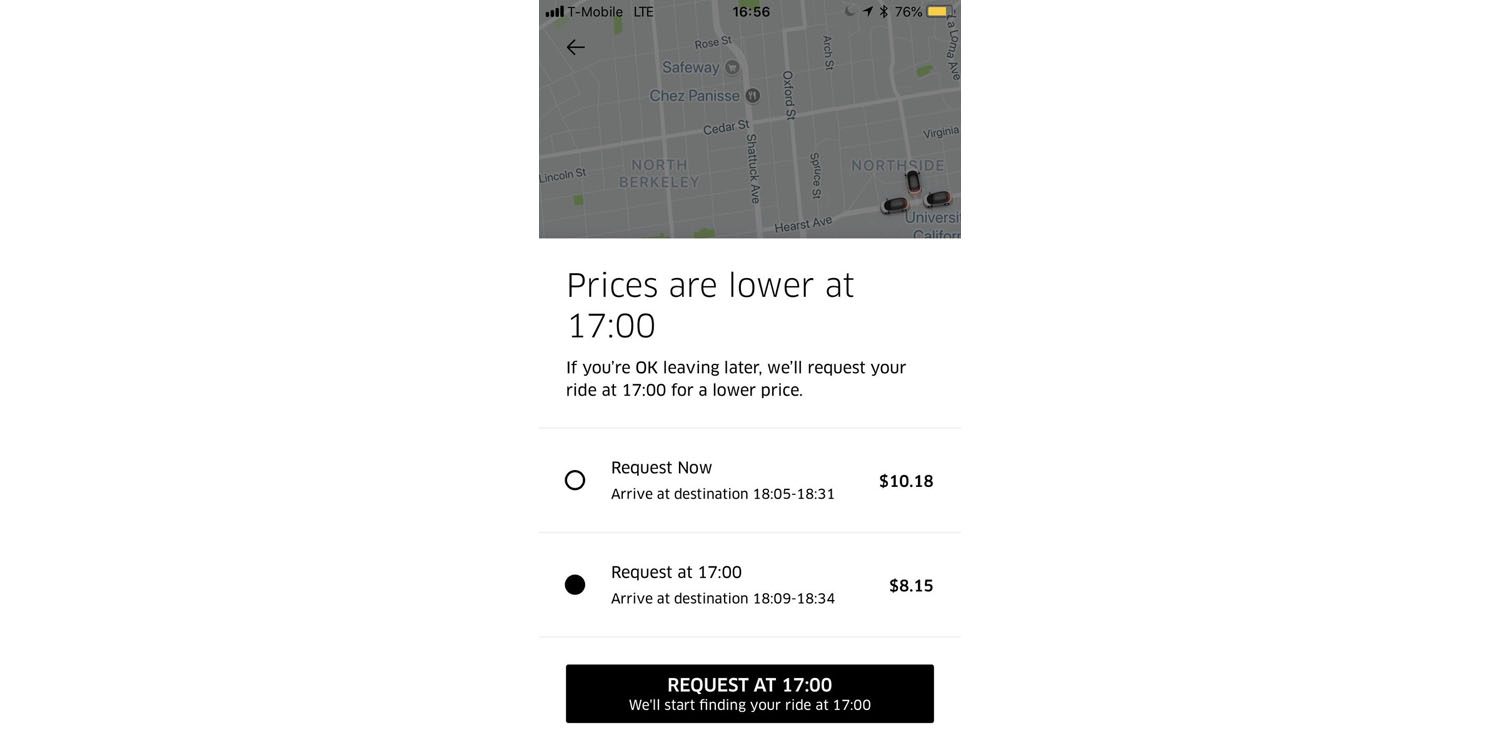 Regular Uber users will know that the same journey can be charged at quite different rates, depending on demand for rides and how many drivers are available in the area to provide them …

The surcharge for busy times became less obvious to users when the company switched from surge pricing multipliers to dynamically-changing upfront pricing. However, the company is now testing an option designed to offer you the best value ride available without waiting too long.

Quartz reports that the feature appears to have been accidentally revealed by an Uber employee who didn’t realize it was a confidential test currently limited to staff, and tweeted a screengrab.

The image showed the Uber employee that he could request a ride “now” (4:56pm local time) for $10.18, or wait until 5pm and pay $8.15, about 25% less. “If you’re OK leaving later, we’ll request your ride at 17:00 for a lower price,” Uber’s app stated. (Update: The tweet was deleted shortly after Quartz published this story, but you can view an archived version here.)

The option to wait longer in exchange for a cheaper ride is being tested among all Uber employees in San Francisco and Los Angeles, a company spokeswoman told Quartz in an email. “Affordability is a top reason riders choose shared rides, and we’re internally experimenting with a way to save money in exchange for a later pickup,” she said.

While many have welcomed the certainty offered by an upfront quote for the ride, others have complained about the lack of transparency.

The company has said fluctuations in dynamic prices reflect real-time changes in rider demand, driver availability, and other variable conditions, such as traffic. But the information, as an economist would say, is asymmetric. At any given moment, the driver and rider know far less about the fare—whether it’s relatively high, or low, or liable to swing up or down—than Uber does.

Booking an Uber ride is now a little less convenient, however, thanks to the loss of Google Maps integration.