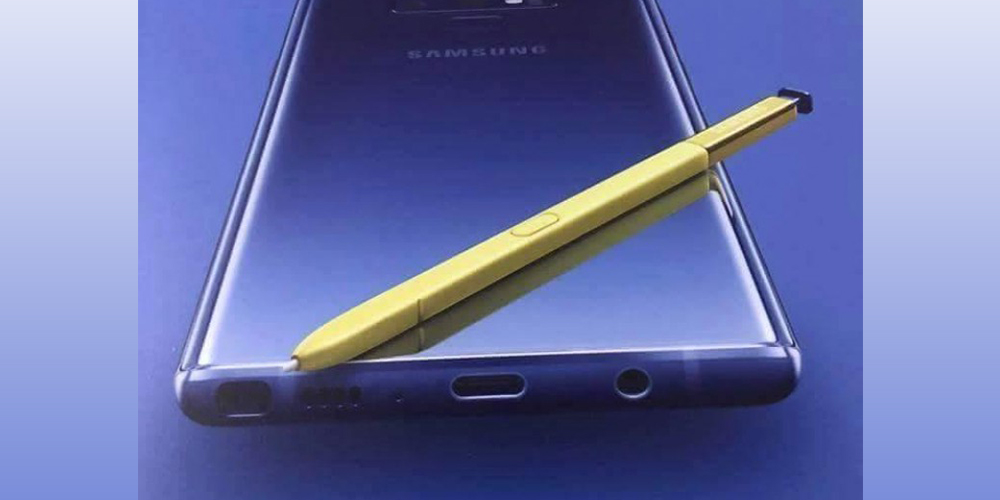 When Samsung announced its upcoming Unpacked event for the Galaxy Note 9, the company included a close-up image of the handset’s S Pen in a gold colorway. Now, what looks to be a promotional poster for the unannounced phone has leaked online.

The poster, which comes to us from the Ice universe Twitter account, doesn’t include many details about the Galaxy Note 9 that we didn’t already know. We can see that Samsung does indeed move the fingerprint sensor to a better place right below the dual-cameras and we have confirmation on the company deciding to keep the 3.5mm headphone jack.

But what does stand out is the purple and gold colorway that’s being advertised. While we’ve seen ‘Lilac Purple’ variants of earlier Samsung smartphones, this will be the first time that the S Pen will feature a contrasting color to that of the handset.

Plus, by putting the focus on the brightly colored stylus, Samsung can highlight the S Pen’s rumored remote features that are made possible by the inclusion of a battery and Bluetooth radio.

We should hopefully learn more about the handset as we’re less than a month away from Samsung’s August 9 Unpacked event where the company will be officially unveiling the Galaxy Note 9.

What do you think about the handset? Let us know in the comment section below if you plan to upgrade to Samsung’s latest and greatest.