In recent months, Google has been rather inconsistent at issuing Android distribution numbers. After skipping March, the company did not release June numbers and is only posting July’s today. Oreo sees the largest gain of any OS version, doubling in a two month period.

These numbers are compiled from Android devices that accessed the Play Store during a seven-day period ending on July 23rd. 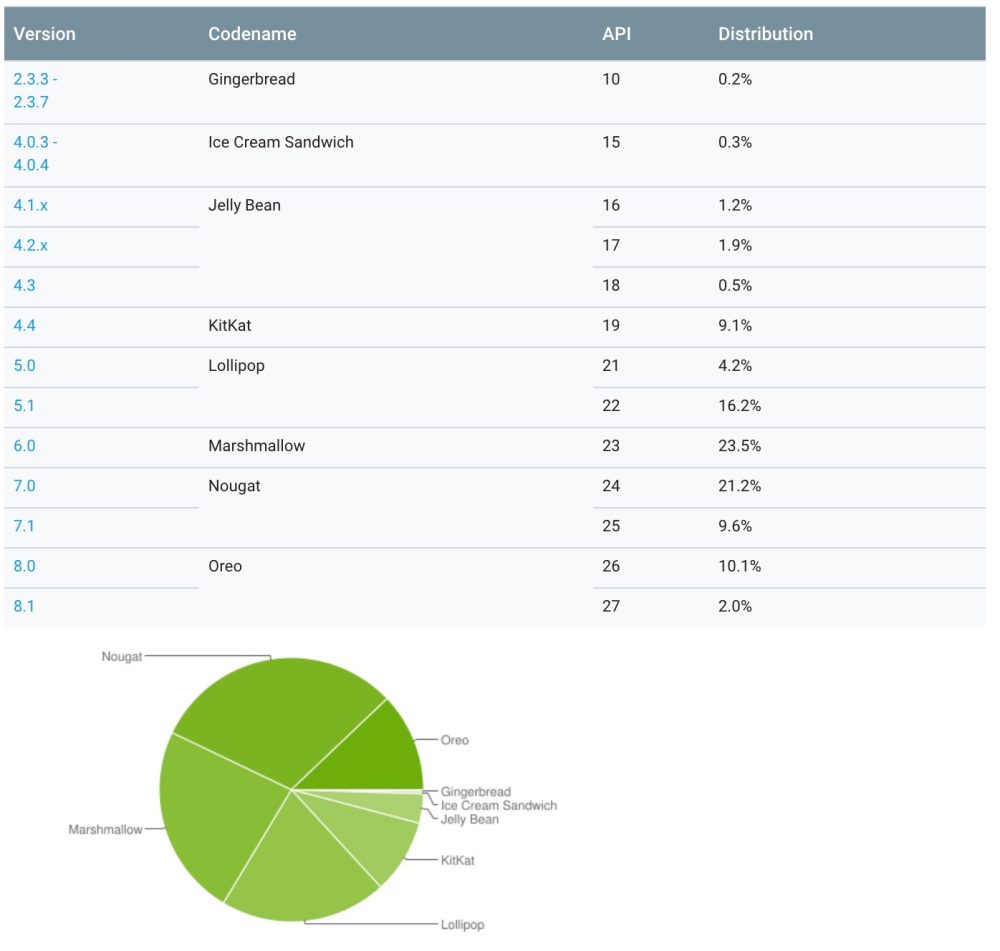