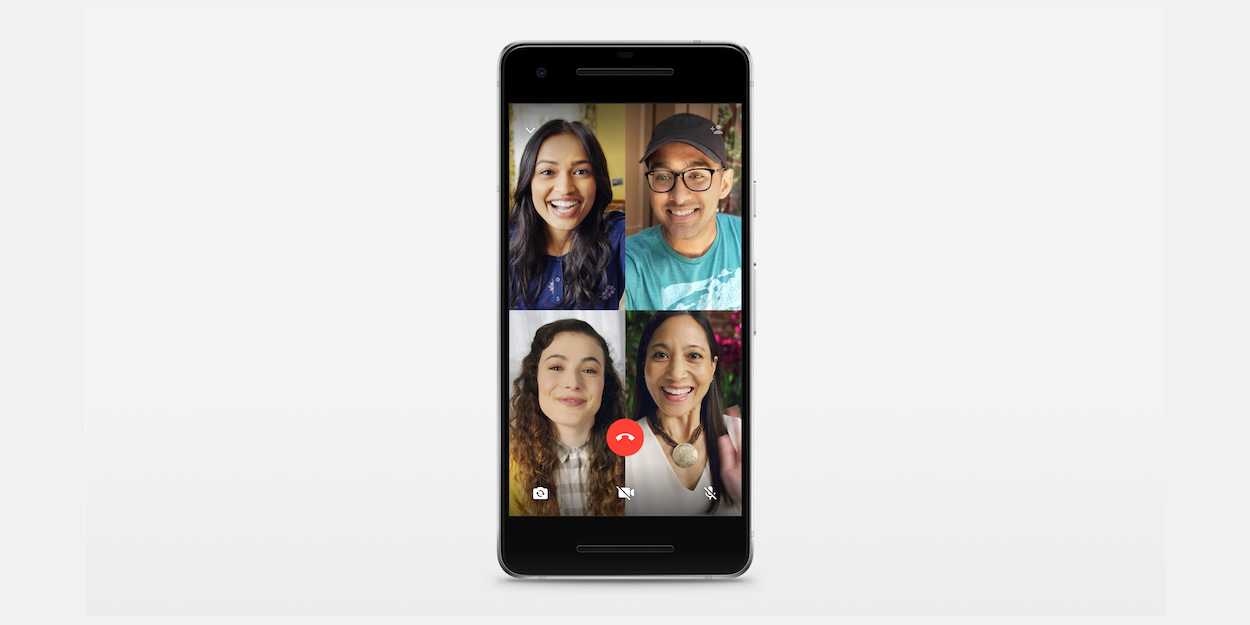 WhatsApp announced earlier this year that its service would start offering free group video calls on all platforms. Now, that functionality is going live along with a new feature in the Android app.

Announced in a blog post last night, WhatsApp’s group video calls are now live on all platforms, Android included. These calls are available with up to four participants and, like messages, everything is end-to-end encrypted. Both the Android and iOS versions of the app should have this option live already.

Over the last couple years, people have enjoyed making voice and video calls on WhatsApp. In fact, our users spend over 2 billion minutes on calls per day. We’re excited to announce that group calls for voice and video are coming to WhatsApp starting today.

You can make a group call with up to four people total – anytime and anywhere. Just start a one-on-one voice or video call and tap the new “add participant” button in the top right corner to add more contacts to the call.

Along with group video calls, it seems WhatsApp is rolling out a handy new feature for its Android app. Noted by Android Police, some users are reporting a new “Mark as Read” option in notifications from the app. This option is rolling out to some through the beta version of the app and seems to only be a server-side change for the time being. Hopefully, this is something that will roll out widely soon, as it’s a very helpful feature to have.